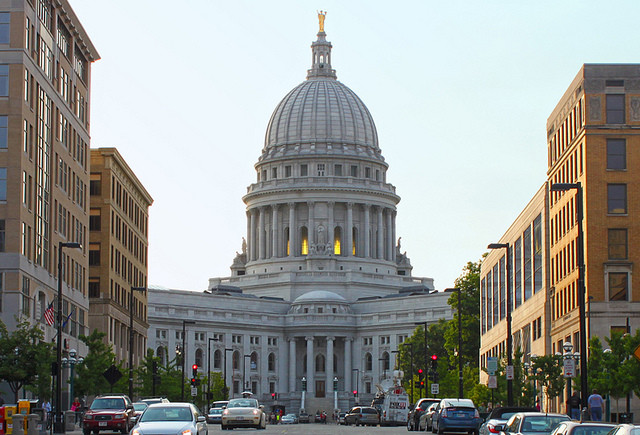 Northern Wisconsin residents are asking state lawmakers to raise Medicaid reimbursement rates for mental health and substance abuse services. The region is experiencing a shortage of providers who can afford to offer services to Medicaid recipients.

Shelley Faul said her son, David, has battled a meth addiction for 13 years. Faul couldn’t find any nearby inpatient treatment for her son and said the closest facilities wouldn’t accept Medicaid.

"My hope is that by increasing these reimbursement rates ... the providers can give some help and some support to addicts and mental illness," she said Tuesday at Superior Days at the state Capitol.

Patrick Cork, administrator for the Division of Mental Health and Substance Abuse Services with the Wisconsin Department of Health Services, said they’re trying to expand treatment programs to improve access up north.

"Superior and Douglas County is an area that was identified for expansion of treatment. We’ve contracted with an agency based in Ashland – NorthLakes Community Clinic. The intention is that they would expand services to Douglas County," Cork said.

"This is a relatively new contract. Frankly, it’s taken a bit longer than we anticipated for them to get up and running, but it’s because of the difficulty in finding providers. Some of what you’re describing, we also encounter in other parts of rural Wisconsin in particular."

Dave Longsdorf, deputy director of Douglas County Health and Human Services, said the number of psychiatrists serving the county has dropped from seven to two in the last 20 years. Longsdorf said providers are struggling to offer the same level of services as costs have increased and reimbursement rates have remained stagnant.

"It is completely reimbursable. There’s a federal portion, but the state picks up the local portion," Seemeyer said. "It was a $30 million investment into mental health, and I think that’s the largest investment ever. Please do that. It’s one thing we can offer."

Douglas County is pursuing a CCS program, but Longsdorf noted the program wouldn’t serve all the people in the county who could potentially require services.

The county has more than 8,000 Medicaid recipients. He noted only a couple hundred people would receive access to care through the county’s Community Support Program, or CCS. Longsdorf cited national statistics from the Substance Abuse and Mental Health Services Administration that estimates one in five people will experience a serious mental health issue in their lifetime.

"They are going currently to our three providers, and our providers are doing what they can," Longsdorf said. "But, if they are unable to continue to provide those services and discontinue, they won’t be present any longer."

Longsdorf also noted that Medicaid recipients in the county are often denied care from Minnesota treatment providers due to challenges with differing state protocols and reimbursement rates. Wisconsin's reimbursement rate is 40 percent lower than Minnesota's.

"(W)e are aware of the challenges related to Medicaid reimbursement for treatment services, and we are looking at options to ensure people in all parts of the state, including those in rural areas, have access to the treatment they need," wrote DHS spokeswoman Julie Lund in an email.

"As Secretary Seemeyer said at the meeting, mental health and substance abuse are among our most pressing concerns, and ensuring access to the appropriate treatment is a priority for DHS," Lund continued. "We continue to consider options, and work toward a solution. We appreciate the Superior Days participants who traveled to Madison to share their stories."