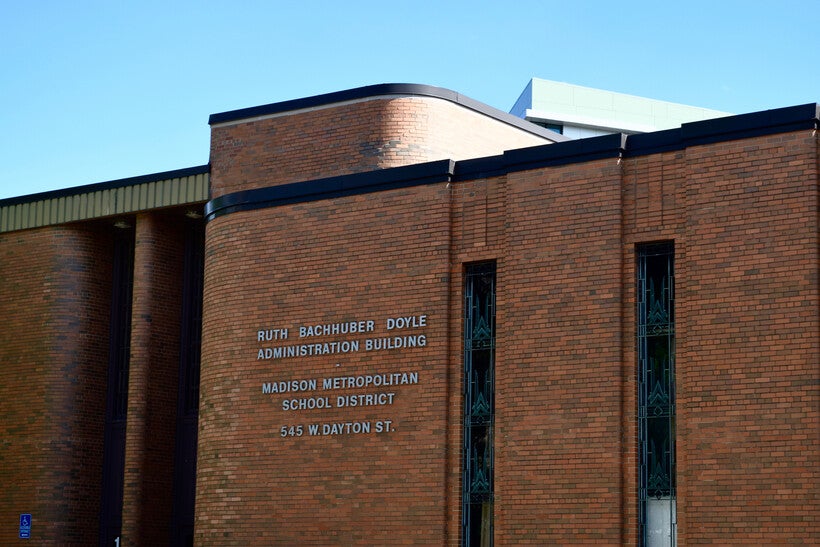 Following a series of racist incidents at city schools, the Madison Metropolitan School District's superintendent released an open letter on Thursday stating "we have to disrupt racism in all of its forms" and listing several actions underway for "meaningful change."

The message comes just over a week after a teacher at Whitehorse Middle School allegedly pushed, punched and pulled the braids off the head of an 11-year-old African-American student, which was first reported on by Madison365. The other incidents that involved Madison teachers in recent months included racist statements or actions, and they have caught the attention of the district and community.

In her open letter, Superintendent Jennifer Cheatham referenced a "series of racial slur incidents," but said "the most recent incident at Whitehorse Middle School was especially horrific." A police investigation is underway in that case, and the teacher, Rob Mueller-Owens, is on leave.

Cheatham said "there was a failure" on the part of the school district and that they intend to take "aggressive action."

She listed five "critical actions currently underway" to improve the climate and culture in Madison schools:

Cheatham also wrote the district will hold several community meetings in March and April aimed at improving trust and centering the district's actions around impacted students and families.

Cheatham told Wisconsin Public Radio that the district has an explicitly anti-racist philosophy.

"The fact that these incidents have been brought to light this year, it has been both hard and it has been an opportunity for us to demonstrate that anti-racist stance in action," she said.

Members of the community have already convened to discuss the experience of students of color in Madison’s schools. At the Boys & Girls Club in Fitchburg over the weekend, more than 150 parents, community leaders and some teachers met to share their stories, support each other and problem solve.

Sabrina Madison, founder of The Progress Center for Black Women, helped to organize the meeting.

"The issue has to belong to all of us, and we can't sort of see it as just a district only or a parent only or a city or a county only. We all have to figure out where can we own part of the problem and work toward resolving it," she said.

Madison said Cheatham didn't attend the meeting, nor did anyone introduce themselves as representatives of her office. However, some of the proposals the group developed that day appeared in the superintendent's letter, such as the tool for reporting discrimination.

"It's like co-opting what we came up with," Madison said. "The systems says we know what's better for you. We're going to take the things that you proposed and do it ourselves, without you."

Madison said Cheatham's failure to attend and the appearance of their proposals in the letter make her and the other organizers feel that the superintendent "is not 100 percent genuine about resolving these issues."

"Because that was a community effort. (We) spent tons of time organizing that meeting and then facilitating the meeting," Madison said. "And then community members showing up, bringing their kids or getting babysitters so they can attend. And then you took some of what we shared explicitly at that meeting and said, 'Hey, these are things that the district is going to do.'"

Community Members Spoke At This Week's School Board Meeting

At the district’s school board meeting on Monday night, hundreds of community members came together again to voice their anger about the Whitehorse incident and call for change. Dozens gave impassioned remarks.

"You know why we're here? A little girl, a black baby, was brutalized and violated by one of your administrators. Your response to the violation was not good enough," said Brandi Grayson, a community activist. "Your dismissal of the experience of the children that show up week after week is not good enough."

Although Mueller-Owens carries the title of dean of students, it's a teaching role and not an administrative one.

A 9-year-old boy, who introduced himself as Tevin, said he found it terrifying that a teacher could hurt a student.

"I'm 9 years old and I know black lives matter," he said, as the audience applauded.

Once the public comment period ended, students and activists began call-and-response chants. This prompted the board to call a recess and resume in another room.

Editor's note: This story was updated with more information.