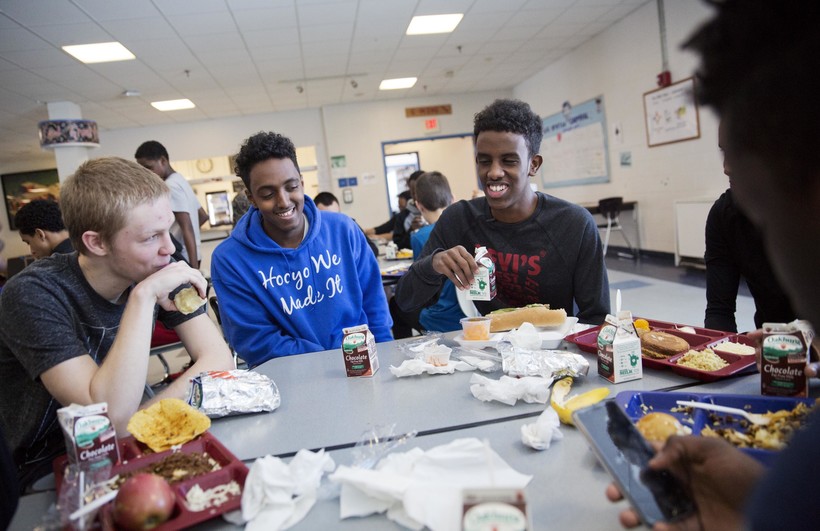 6th-Graders Who Sat With Diverse Peers Had Higher Grades
By Bridgit Bowden
Share:

Having ethnically diverse peers can help students learn about other cultures. But according to a study co-authored by a University of Wisconsin-Madison professor, students with diverse peers also had higher grades.

The study, published in the Journal of Youth and Adolescence, looked at who sixth-graders chose to sit with at lunch, and found that those who sat with peers from other racial or ethnic groups had higher grades.

Human development professor Amy Bellmore, co-author of the study, said they chose to study lunchtime because students usually have a choice in who they sit with.

"Lunchtime is a place where we know that kids are at school, but we also know they have some freedom in where they hang out and how they structure that time," she said.

And, she thinks the benefits will be carried into the rest of the students' lives.

"You're going to be continuously moving into new environments, whether that's high school, college, a work environment where there are gonna be people different from you," she said. "And so, that is a skill set, and it's a set of experiences that you can take and sort of have benefit you in those other places."

The study showed that white students and minority students all benefited equally from interacting with peers from different groups. It measured grade point average in core courses, teachers’ expectations of educational attainment and daily school aversion.

The research was conducted in middle schools in Wisconsin, Oregon and California.