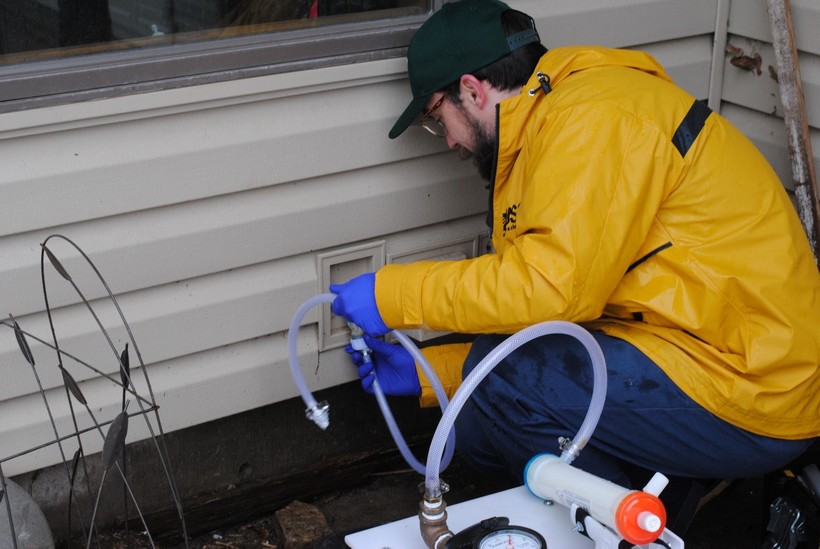 Human waste continues to be a prominent source of contamination in private wells located in southwestern Wisconsin, according to a new study.

The latest data from the Southwestern Wisconsin Groundwater and Geology (SWIGG) study found microbes from human feces in 12 of the 34 wells that were sampled. All of the sampled wells had previously tested positive for contamination in an earlier phase of the study.

The SWIGG study started in 2018 and has tested hundreds of private wells in Grant, Iowa and Lafayette counties.

Now in the second phase of the study, the latest round of water samples were collected in November to help researchers identify the sources of contamination.

A total of 27 wells contained fecal contamination, with some wells testing positive for more than one type of microbe. Seven wells contained microbes from cattle feces and three wells had pig fecal microbes.

The latest testing also found pathogens associated with gastrointestinal illness in 16 of the sampled wells. But researchers cautioned the health risk to the well owners was not known and can vary based on the specific pathogen, its concentration, and the health of the person that drinks the water.

Samples taken in August and April also found human fecal microbes were the most common sources of contamination, with 30 wells testing positive in the first round and 14 wells in the second round.

But Mark Borchardt, microbiologist for the U.S. Department of Agriculture and an author of the study, said the prevalence of a contaminant fluctuates.

"That really can vary a lot during a season based on rainfall, based on when manure is present, you know, when manure is being applied, that sort of thing. So these all have to be considered little snapshots in time of what we're seeing," Borchardt said.

One factor that could have impacted results was the unusually wet weather last fall that delayed harvest for many farmers and prevented them from spreading manure before winter began.

Borchardt said the variable schedule for manure application on fields is why he’s not surprised to see human waste have more consistent levels across sampled wells.

"Septic systems are fixed in space. They don't move about on wheels and they're continually releasing human wastewater," Borchardt said. "We would expect the numbers for livestock to change because it's a hit-or-miss proposition of when we sample and how that's related to manure application."

Lynda Schweikert, an administrator of Grant County’s Conservation, Sanitation and Zoning Department, said land spreading could also be contributing to the number of wells with human fecal microbes.

"It might not be septic systems but it could be where the waste treatment plants spread their waste as well. So we're trying to take all factors into consideration before jumping into conclusions," Schweikert said.

Schweikert said the practice of spreading human waste isn't necessarily common, but it's done in Grant County. She said researchers have submitted a public records request to the state Department of Natural Resources to get more information about septage haulers who are spreading waste.

But future results from the SWIGG study could be delayed as the new coronavirus pandemic continues to impact sampling and analysis.

Borchardt said researchers were able to collect the final round of sampling for source comparison in early March. But his lab has largely been shut down due to the pandemic.

"I have had one laboratory person who's deemed essential and who was allowed to get some work done. But it has slowed down our analysis of samples and our laboratory workflow tremendously," Borchardt said. "I was hoping to possibly do another round of sampling. And that's just not going to happen now."

He said the state's stay-at-home order could also affect the next phase of the study, which is looking at land use and geology of the region.