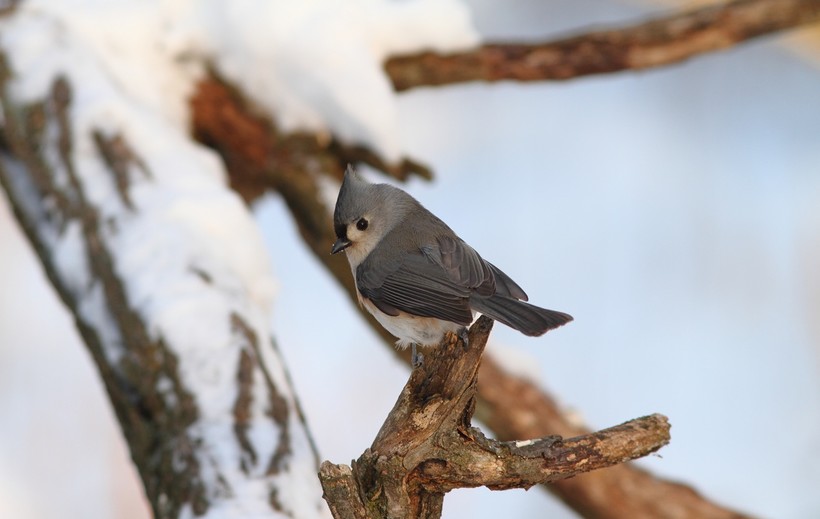 The tufted titmouse is among the birds that have shifted their territory as a result of climate change.

Study: Climate Change Could Be Forcing Birds To Find New Places To Live

A survey indicates that hundreds of bird species in the U.S. have shifted from their homes over the last 60 years, possibly due to climate change.

The study done by the University of Wisconsin-Madison and the U.S. Fish and Wildlife Service compared bird sightings and weather data from 61 years ending in 2011. Computer models show a suitable climate or sweet spot for 285 species has been moving nearly a mile per year either north or west.

Researcher Brooke Bateman said the birds have followed, even to places where there might be a lot of urban development.

"We have to be cognizant of the fact that where they're moving to might not be ideal, and they may be competing with humans for the same area," she said.

Bateman said it isn't clear if the plants or insects the birds need are moving, too. She said the Kirtland's warbler is one species that might have trouble adjusting to new habitat.

The bird study is published in the journal Global Change Biology.