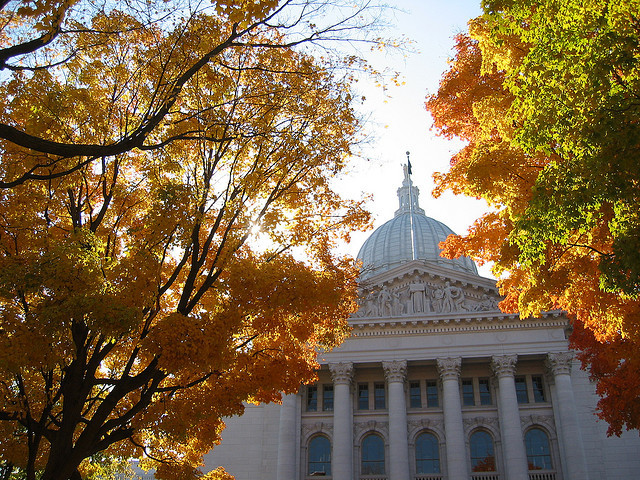 'Stink-In' At State Capitol Will Call Attention To CAFOs

A coalition calling for state lawmakers to take action on pollution from large farms is planning a so-called "stink-in" at the state Capitol on Saturday.

The event will essentially be a teach-in about Concentrated Animal Feeding Operations, or CAFOs, said Mary Dougherty of the citizen group Farms Not Factories. Dougherty said there are about 240 of the large farms in Wisconsin, with dozens more on the way.

For Dougherty and other activists, the farms raise a number of concerns — odor being one of them. She said state legislators need to put more environmental safeguards in place and upgrade the Department of Natural Resources' ability to enforce the law.

"At its heart, the issue of CAFOs doesn't rest in the pocketbooks of people who buy bacon, or the violation book of the DNR. It rests in our elected officials' laps," she said.

Gov. Scott Walker said Friday that some larger farms are better equipped to hold large amounts of manure and reduce harmful runoff. He also said he thinks state regulations and enforcement are strong enough to protect the environment.