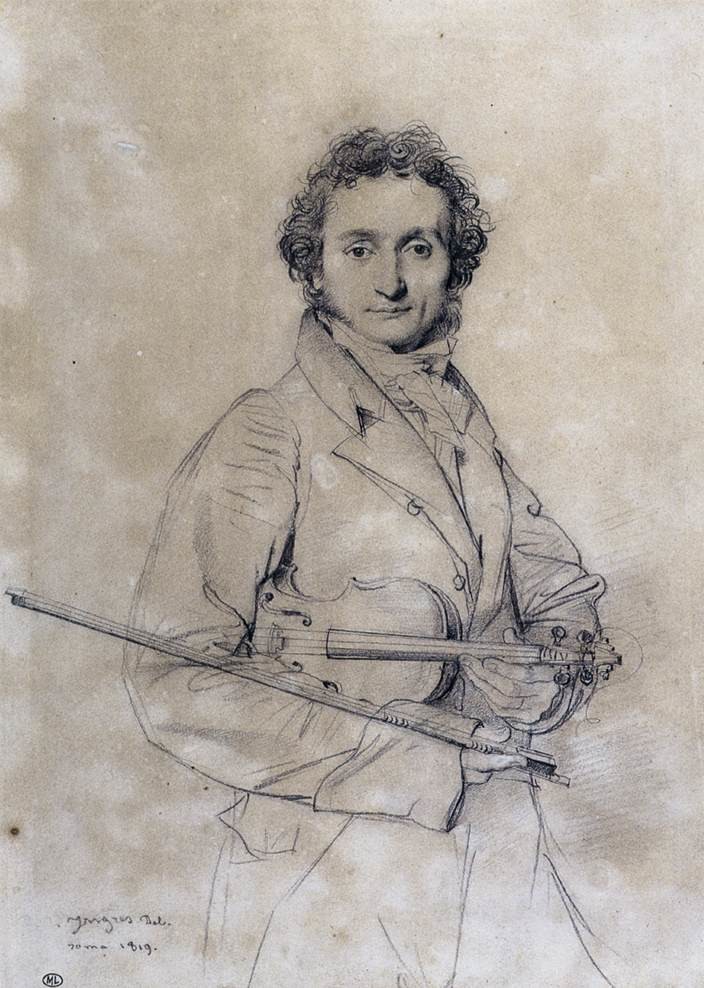 The two had been an inseparable duo.  Their music had taken the concert halls of Europe by storm.  Now one of them was about to go under the knife and the other insisted on being present during the entire operation.  It would be enough to rattle the nerves of any surgeon—the responsibility of saving the violin of the great virtuoso, Niccolo Paganini.

The “surgeon,” the restorer of fine violins, was the Parisian J.B. Vuillaume.  As his chisel began opening the instrument there was a slight cracking noise and in a heartbeat, Paganini was out of his chair, bending nervously over the workman.  Each new movement of the tool made the violinist more and more nervous.  He said it was if the chisel were entering his own flesh.

Both violin and violinist survived but it’s unlikely that the restoration brought Vuillaume any musical reward, because Paganini was not free with his playing. The conductor Sir Charles Halle could testify to that. He recalled seeing Paganini often in a Paris shop.  In the 1830’s Halle was a young pianist and Paganini often got him to play simply by pointing a bony finger at the piano.

From his earliest childhood Halle had heard of the playing of Paganini, heard it described in supernatural terms, and longed to hear it.  On one memorable occasion, after Halle had played for Paganini there was a long silence.  Finally Paganini rose and approached his violin case.  Halle knew he was on the threshold of the experience of a lifetime—a personal performance from the great Paganini.

Paganini opened the case.]  He took out the violin and carefully began to tune it.  Halle waited for him to pick up the bow and play, waited until the suspense was almost unbearable.  Apparently satisfied, Paganini stopped tuning.  Halle held his breath for the first note.

Carefully, Paganini put the violin back and shut the case. Memorable?  Yes. But not quite the transcendent performance the young pianist had hoped for.  Merely a mundane moment in the day of the world’s greatest violinist . It was the only Paganini “performance” Halle ever got to hear.