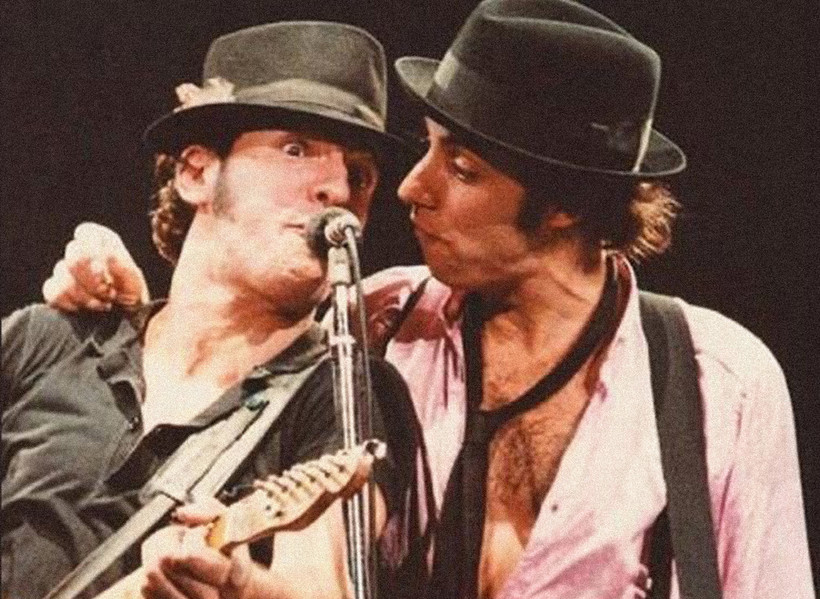 Stevie Van Zandt is the King Midas of pop culture

Legendary rocker and 'Sopranos' star on the golden moments of his life and career and his 'Unrequited Infatuations'
By Adam Friedrich
Share:

Whether sharing a mic with Bruce Springsteen or sharing some advice for Tony Soprano, Van Zandt has endeared himself to multiple generations and fandoms. He recaps these golden moments of his life in his memoir, "Unrequited Infatuations: Odyssey of a Rock and Roll Consigliere."

The book logs Van Zandt's fascinating journey of a Jersey kid who dedicated his life to music, arts, activism and education.

Van Zandt tells WPR's "BETA" that for him — like many other American kids from his generation — his path was lit when The Beatles took Ed Sullivan's stage on a February night in 1964.

"There were no bands in America virtually. You wouldn't see four or five guys singing and playing. You just never saw that. If you went to your high school dance, it would be an instrumental band," Van Zandt said. "Literally, the day after the Beatles play this variety show, that 72 million people watched, everybody had a band in the garage, and most of them mercifully stayed there."

Van Zandt did not. In fact, making music and arranging songs became a religion to him. His band, The Source, played nearly every event or battle of the bands in the tri-state area that they could. It was then that he met the leader of The Castiles, Bruce Springsteen.

"It was a pretty freaky thing to do to be in a band in those days. It wasn't that common. And you know, you were a separate tribe from what was normal society at that point. So, we became friendly that way, just from running into each other," recalls Van Zandt.

A few years later, Van Zandt began frequenting the famous Café Wha? in Greenwich Village for their Saturday afternoon showcases of bands. He quips that he was there to steal ideas from these more veteran bands. On one such afternoon, he looked across the room and saw Springsteen there doing the same thing.

"At that point, I think we bonded doubly so," Van Zandt said. "And then soon realized that we were both the only guys we knew for whom rock 'n' roll was everything; you know was a religion."

Van Zandt would go on to become a founding, and one of the most iconic, members of Springsteen's E Street Band in addition to several successful acts on his own, including Little Steven and The Disciples of Soul. Years before becoming one of pop culture's best-known consiglieres, Van Zandt was lending his thoughts and advice to another "Boss."

That ability to arrange is one Van Zandt has perfected in his musical career. He writes extensively about his process and cites another famous contribution when he reworked the horn arrangement on Springsteen's hit, "Tenth Avenue Freeze Out."

Frustrated with the '70s-era recording studios and their extensive padding, Van Zandt pulled the horn players out to give the song the sound it needed.

"(Bruce) asked me my opinion. I said, 'This really sucks.' And he said, 'Go in and fix it.' And so I did. It was simple as that," Van Zandt said. "I had already been arranging horns with the Jukes, obviously, so it came very naturally to me, and the horn players were just glad to get out of there."

While Van Zandt was known to a certain generation of fans for his trademarked headscarves, a new legion of fans would come to recognize him for his pompadour hair as Silvio Dante in David Chase's transcendent HBO show, "The Sopranos."

Brought in initially to read for the lead of Tony, HBO went with longtime character actor James Gandolfini. Chase, however, was determined to get Van Zandt involved. When Van Zandt shared his apprehension about stealing a role from a working actor, Chase created the role of Tony's best friend and consigliere.

"I think David (Chase) picked up on the fact that me and Jimmy were bonding off screen," Van Zandt said. "I think based on the fact that neither one of us particularly liked the spotlight. You know, he was a character actor, I was more of a side man. And had that similar sensibility."

Throughout the entire run of "The Sopranos," Van Zandt would continue to tour with Springsteen and the E Street Band. He also became a global advocate for human rights and launched his own radio show, "Little Steven's Underground Garage."

But what he might be most proud of after all he's accomplished is the TeachRock education curriculum he established to preserve rock history and to integrate the arts into the classroom.

"I think we will transform the educational process entirely by integrating the arts into the basic disciplines, not art as an after-school class. Not art as an extra class, but art in science," Van Zandt said. "Combine art with math, with engineering and with technology. And if we keep going the way we're going, I think that's got a shot at completely transforming the entire educational experience."

It doesn't take a mob consigliere to advise you that you'd be wrong to doubt one Stevie Van Zandt.