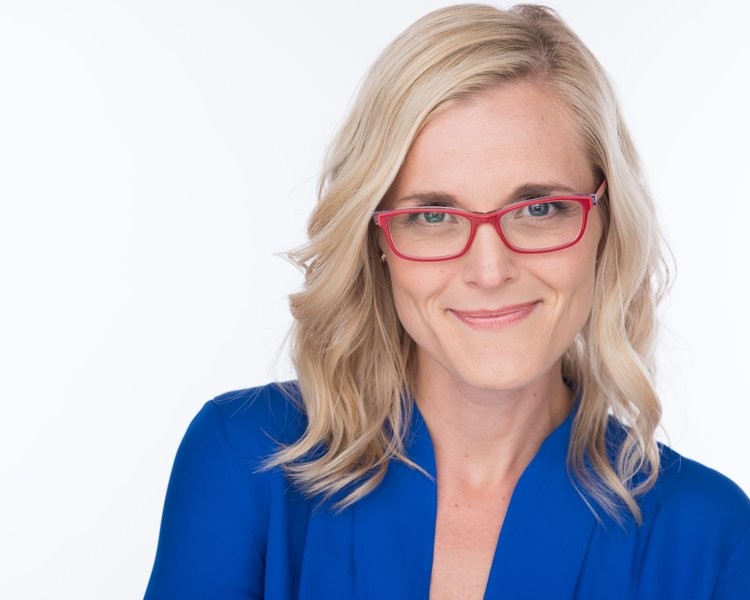 Having now served as Wisconsin’s Treasurer for more than one month, Sarah Godlewski said she looks forward to returning the state to being a financial leader in her tenure as its chief financial officer.

With 62 percent of Wisconsin residents voting to support keeping the office during the April 2018 election, Godlewski said that sends a message that the public overwhelmingly favors the checks and balances system the office provides.

Godlewski was elected in November, edging out Republican Travis Hartwig with 51 percent of the vote.

In an interview with Kate Archer Kent of WPR's "The Morning Show," Godlewski said she looks forward to working with Gov. Tony Evers to address student loan debt and retirement, joking that even though her office is located in the basement of the state Capitol, it’s a fair reflection of the office as foundational to the state.

Kate Archer Kent: Tell us a little bit about your background in finance and how that would fit in this role.

Sarah Godlewski: It wasn't my dream to be state treasurer. I wasn't in my classroom as a little kid drawing like safety deposit boxes and dollar signs or anything like that. Before I was elected, I was the co-founder of an impact investment firm — we invest in early-stage socially responsible businesses. And Wisconsin was rated 50th for money for small businesses, and we know small businesses are a critical economic engine to our state.

My thought was state treasurers are actually looking at solutions for small businesses and for startups. So I said I'm going to go partner with the state treasurer and see if I can be helpful. And then I come to find out we're trying to get rid of the office.

Prior to owning my investment firm, I was working in micro lending — we were providing small loans to people across the world. After that, I was in management consultancy, looking at performance-based budgeting practices for one of the undersecretaries of defense; I was actually at the Pentagon for a little under a decade.

Whether it's with government and large bureaucracies or private industry or investing millions of dollars, I’ve been doing the gamut of what I really believe are critical core competencies for state treasurer

SG: We need transparency and accountability. That’s something that we are actually working on is coming up with a taxpayer annual report.

When I was working in municipal government, we provided a performance-based budgeting process so citizens could actually look at what they're spending. So that's exactly something that we're looking at, whether it's with our checkbook authority or coordinating with the Legislature or administration.

KAK: One of the office’s official duties as you mentioned is being a member of the Board of Commissioners of Public Lands, and recently the board voted to lift a ban set in 2015 that prevented employees from climate change advocacy work. Why do you believe that ban needed to be lifted?

SG: When I look at investments, whether it's looking at managing our public lands for example, which are almost 80,000 acres across the state of Wisconsin, to looking at real estate, commodities, that's all impacted by climate change.

Flooding can impact our lands. Hurricanes can impact the supply chains, which impacts the companies that we’re invested in within our portfolio.

This was really just a big piece of red tape from staff from actually doing their job. This is just to me reckless fiduciary responsibilities previously. We should be looking at all risks with our portfolio. Climate change should not have been excluded from those risks and so now staff can actually look at that because we want to make sure we have the best returns to our public schools and so now they can actually look at that and not have to tiptoe around that issue that just was a waste of time and money.

KAK: Speaking of schools, the Board of Commissioners of Public Lands also amended a policy that now allows school districts to apply for loans for energy efficiency projects. Why is this policy necessary? What does it do?

SG: Before, if a school district wanted to come to us for financing opportunities with regards to energy efficiency, they weren't allowed to. And I just think that's absolutely silly. Energy efficiency, renewable energies are not just good investments, but they also save money and provide more money back to taxpayers.

And so this to me was a win-win investment that we were losing out on and actually not being helpful to local school districts and that's exactly what we're there for. We're supposed to be helpful in financing opportunities that are win-win. And so this is something we wanted to change.

KAK: So you laid out your goals for this office. Your ambitions are large. There's a lot to do. How are things going so far?

SG: I will tell you as the financial dork that I am, doing this for my home state as a fifth-generation Wisconsinite, I wouldn't want to be anywhere else. I'm really excited to make sure Wisconsin's no longer lagging when it comes to public finance and we can come to the table and be leading. This is where the Wisconsin Idea was born. We have been a national leader for things since our foundation in 1848 and I really hope to start doing that again as the state's chief financial watchdog.

KAK: Gov. Tony Evers is releasing his budget next week and we've heard him speak of his priorities in recent weeks. What issues are you looking forward to tackling with the governor and other state officeholders?

SG: We look forward to working together on addressing the student loan crisis, on looking at retirement — I think looking at ensuring that the state is performing financially in the way that we want it to. 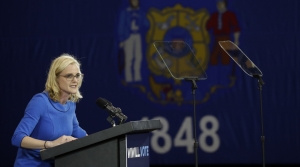 Sarah Godlewski was sworn in as Wisconsin State Treasurer on January 7. A position that was almost amended out of the constitution a year earlier. Treasurer Godlewski joins us to discuss her priorities for the office and how she plans to serve as Wisconsin’s fiscal watchdog.