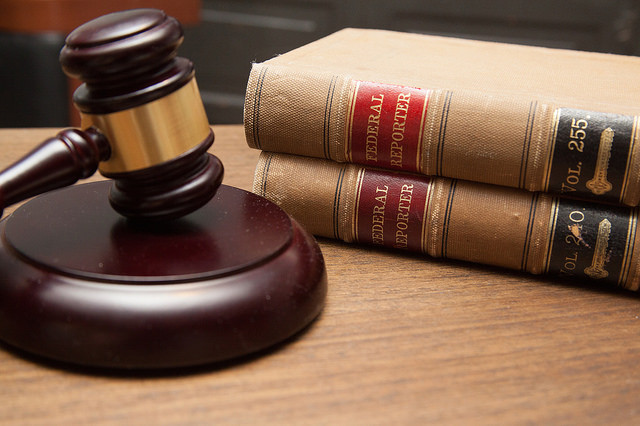 A Wisconsin judge who accepted a Facebook friend request from a woman who had a custody case before him "created a great risk of actual bias," the state Supreme Court has ruled.

The other party in the case will get a new judge and a new hearing in his family court case, and judges across the state will weigh new risks of being active on social media.

The Court delivered the 4-3 ruling Tuesday morning. It was the first ruling in the state involving how judges' use of social media can constitute bias or the appearance of bias. It found the facts of the case involving Barron County Circuit Court Judge Michael Bitney to be "extreme" and a due process violation.

In the next three weeks, Carroll liked 18 of Bitney's posts and commented on two of them before he resolved the case in her favor. They exchanged no private messages, and Bitney did not respond to any of Carroll's posts, nor did he interact with her posts on his page.

But the Court ruled in favor of the father in the custody case, Timothy Miller, who argued that the online friendship was not harmless.

"There's a reason why Carroll made a friendship request," said Terry Moore, Miller's attorney, at the Supreme Court's oral arguments in January. "She was seeking to somehow earn favor with the judge while he was making his decision."

Most of their online interactions were Carroll’s reactions to prayers and Bible verses posted by Bitney. She also wished him a speedy recovery on a post he made about his knee surgery. She chose to leave Facebook on the day that Bitney issued his ruling granting her sole custody of her son, writing that she would focus all of her attention on parenting.

A lower court found that Carroll tailored her Facebook activity to the ends of her custody case, changing her photos and sharing material related to the case. Her interactions with the judge, the Supreme Court found, were part of that effort.

"While reacting to and engaging with Judge Bitney's posts, Carroll was effectively signaling to Judge Bitney that they were like-minded and, for that reason, she was trustworthy," wrote Justice Rebecca Dallet in the majority opinion.

The court criticized Bitney for accepting the friend request and not disclosing it to Miller in the case.

In a dissenting opinion, Justice Brian Hagedorn wrote that the limited social media interactions weren’t enough to require a recusal.

"Judges are not isolated members of the community," Hagedorn wrote. "Judges are people too. ... The very concept of an impartial judiciary depends upon the belief that judges can manage through their biases, news feeds, political supporters, former co-workers and neighbors to render decisions without fear or favor to any party."

Karen Rubin, a Cleveland lawyer with the firm Thompson Hine whose practice focuses on legal ethics and professional responsibility, said courts and organizations issuing ethical guidelines in different states have at times had very different interpretations of what could compromise a judge's impartiality. But she said most do not hold that social media are subject to totally different standards than other relationships.

"Most of the ethics opinions (find) that it doesn't make a lot of sense to single out social media friendships and treat them completely different than regular friendships," Rubin said.

But she noted that the justices in this case focused on the way the Facebook friendship created an "asymmetry of access" to the judge between the two litigants in the case.

Miller's legal challenge to the judge's ruling was triggered when the child's court-appointed guardian found after the ruling that Bitney and Carroll were Facebook friends and requested the case be reconsidered.

Tuesday's Supreme Court decision affirmed the decision of an appeals court. The custody case will go to a new circuit court judge for consideration.