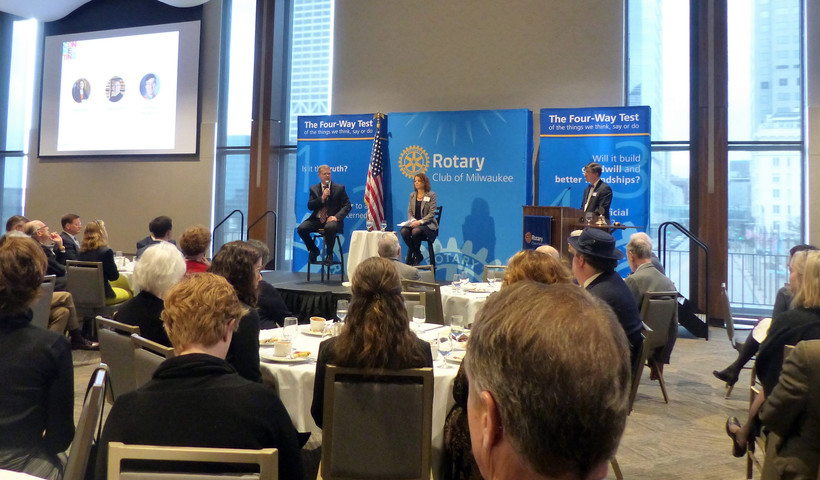 The advertisements mention a fundraising trip Dallet took San Francisco last week, and highlights comments she has made that Wisconsin has "lost values along the way."

The Milwaukee County Judge said Tuesday afternoon that she hasn't seen the campaign, but following a forum hosted by the Rotary Club of Milwaukee, Dallet said Wisconsin's has lost its fair and independent courts.

"We do not have them right now in our Wisconsin Supreme Court," she said. "We've lost the confidence in the courts that we've lost along our way."

"She's been claiming to be representing Wisconsin values throughout this campaign, and instead of campaigning in Wisconsin, she was in San Francisco," he said at the forum.

Also at the forum, Dallet and Screnock debated whether the state Supreme Court should "go back" philosophically to where it was a decade ago.

Dallet disagreed, saying for the last 10 years, conservative judicial activists have ruled the state court. She added that the people backing Screnock want to keep it that way.

"That's the business lobby, that's the Republican Party, that's the money that's coming in again to elect him to this seat," Dallet said.