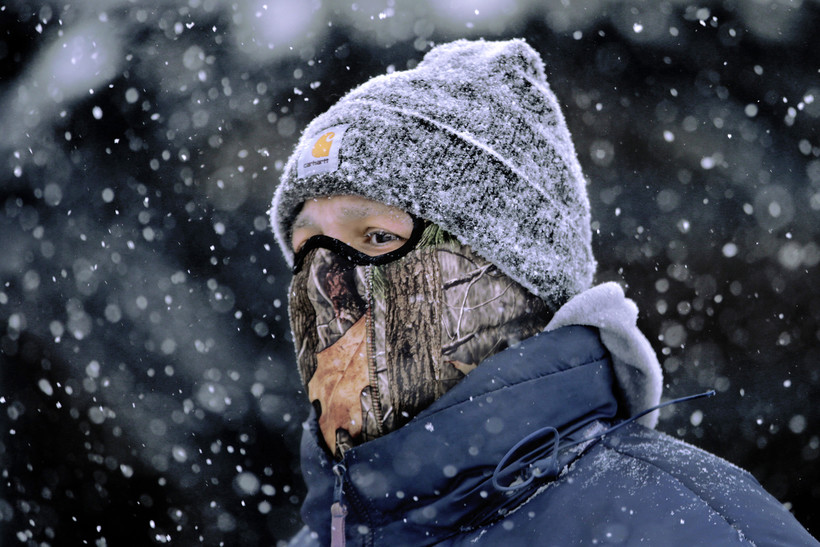 A man wears a face mask and heavy clothes while walking through downtown Springfield, Ill., in blowing and falling snow as a strong winter storm moves through the Midwest in this Sunday, Jan. 5, 2014 file photo. Seth Perlman/AP Photo

School districts, municipalities and businesses across Wisconsin plan to be closed Wednesday as dangerously cold temperatures make their way through the Midwest.

Tuesday was another day off for students across Wisconsin, and by Tuesday afternoon, districts across the state were announcing closures for Wednesday, including the state's two largest districts: Milwaukee Public Schools and Madison Metropolitan School District.

On Tuesday some school districts, including Mauston and Mineral Point, had already called off classes for Wednesday because of the extremely cold temperatures.

As of 4:00 p.m. Tuesday, all four-year universities in the University of Wisconsin System had canceled classes, events and campus activities due to the severe cold.

Lows Tuesday night are expected to drop to 20 below zero with wind chill temperatures of minus 50 by early Wednesday. The high on Wednesday will only reach the negative teens.

Officials in large Midwestern cities are working with churches and nonprofits to help vulnerable people amid the deadly cold weather.

Minneapolis charitable groups that operate warming places and shelters are expanding hours and capacity, and ambulance crews are handling all outside calls as being potentially life-threatening.

Chicago Mayor Rahm Emanuel said city agencies are making sure homeless people are in shelters or offered space in warming buses. He is also urging residents to check on neighbors.

Officials at Milwaukee Rescue Mission say call volume is unusually high but there should be enough beds to meet the need.

Milwaukee has seven warming centers open that include more than 300 beds for families that need them.

Across the state, dozens of warming centers have opened, including in Superior, where the city’s first warming center has opened.

Gov. Tony Evers declared a state of emergency Monday because of the snow that walloped the state Sunday night into Monday and the dangerously cold temperatures on the way.

Municipalities across the state are preparing for wind chills Wednesday that will be below 35 degrees. In Milwaukee, Mayor Tom Barrett held a press conference Tuesday urging residents to minimize the time they spend outdoors this week.

"During the first couple weeks of January, many Milwaukee and Wisconsinites loved having April weather," Barrett said. "But the weather is up to its old tricks and decided it was going to let us have it right in the kisser now and that is what has happened."

Milwaukee and Milwaukee County have declared a cold emergency for Wednesday, meaning only essential city and county services will be open. In the city of Milwaukee that means the police and fire departments. Emergency water repair services will also be available.

In Milwaukee County, buses are expected to be running. General Mitchell International Airport will remain open. County management and highway maintenance staff will be on call.

"The weather forecast is very, very serious," Barrett said. "It is clear this is a generational experience we are undergoing now with ramifications for every single person that lives in this city."

Colleen Schian, risk manager at city of Eau Claire, said they have been planning for the cost since first seeing the forecast.

"We have been working closely with the National Weather Service to make sure our people are safe," Schian said. "We’re also working with facilities management on wastewater and water treatment plans and coordinating with emergency management and the Red Cross."

Like many municipalities, the fire department in Eau Claire has also been active on social media to make sure residents are aware of safe ways to stay warm, Schian said.

This is our final estimate of snow totals for this event. Thank you again to everyone for sending us your snowfall reports. Sheboygan and Ozaukee counties saw the highest amounts with up to 15 inches. pic.twitter.com/rvTyLv1S9R