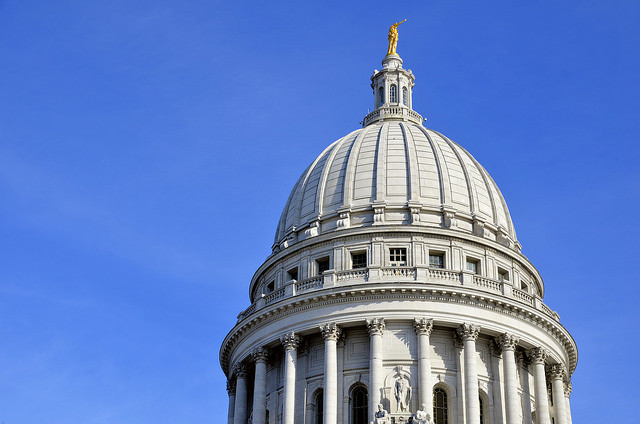 State lawmakers heard testimony Monday on a Republican-backed bill that would complete the rollback of prevailing wage laws in Wisconsin.

The proposal would eliminate the requirement that laborers, workers, mechanics and truck drivers employed on a state construction project be paid the prevailing wage — a minimum pay requirement set by government.

"Repealing prevailing wage will produce greater transparency, eliminate unintended discrimination and ultimately save our state hundreds of millions of dollars," said Sen. Leah Vukmir, R-Brookfield, one of the bill’s sponsors.

Opponents argued the proposal would drive down workers’ wages, lead to declines in worker apprenticeship programs and hurt project quality.

"This is a terrible bill,” said Sen. Robert Wirch, D-Somers. "We have an income inequality issue in this country, your bill makes it worse."

Veterans have been vocal opponents of the bill, saying former service members who have taken up construction jobs would be disproportionately affected by the repeal.

The prevailing wage repeal was included in the governor’s budget proposal. Lawmakers removed it, along with 82 other policy proposals, earlier this month.

"I think that’s one more tool to make sure the taxpayers get a better bang for their buck," Walker said of the legislation Monday, noting he supports it as a standalone bill.