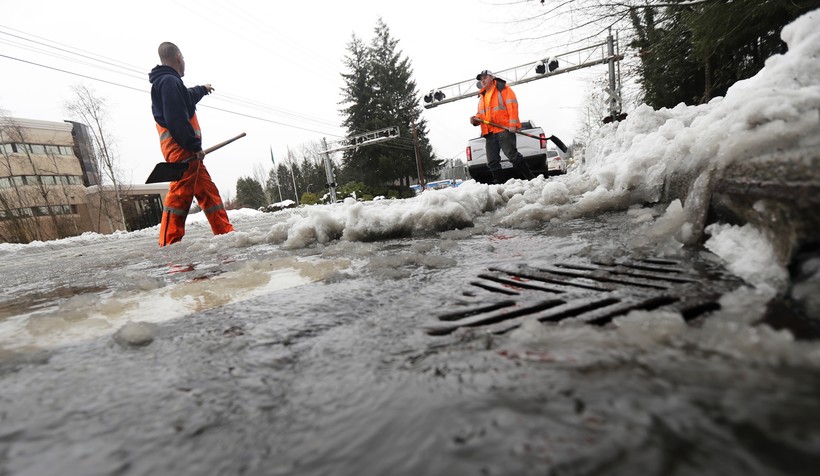 Flood-prone communities in southwestern Wisconsin could be affected by high waters again this spring.

The National Weather Service in La Crosse has forecast an above-normal flood risk along the Mississippi River and its tributaries through May. The first Spring Flood Outlook for the region highlights the significant snowpack and deeply frozen ground that could make runoff more likely.

Brandon Larson, emergency management director for Vernon County, said it's still too early to know how severe flooding could be.

Larson said soil in the region was saturated at the start of winter due to wet weather in the fall. That could make absorbing snow melt and spring rains more difficult this season.

"We saw the (Mississippi River) rise pretty dramatically during the month of April into May. It was approaching levels that we were very concerned about, but it never quite overtopped that," Butler said.

He said the severity of the flooding will depend on how quickly the snow melts and the amount of rain the region gets over the next few months.

"The municipalities are working on recovery on their own end. Trying to fix roads up and their public infrastructure. Some of their buildings and things like that," Larson said. "Those could very well be affected again."

But unlike flash floods in summer and fall, Butler said officials usually see flooding coming down river in spring and have time to prepare flood-prone areas.

"It gives you a week or more to really start moving things out of harm's way. Getting your sandbagging or whatever you may need as protective measures," Butler said. "But sometimes these spring floods can come quite rapidly, particularly if there's ice jamming or rapid snow melts or a very warm stretch with rains on top of the deep, deep snow that we’ve got right now."

Butler said area residents should start preparing now for the possibility of high waters by updating their insurance or moving valuable items out of their basements.