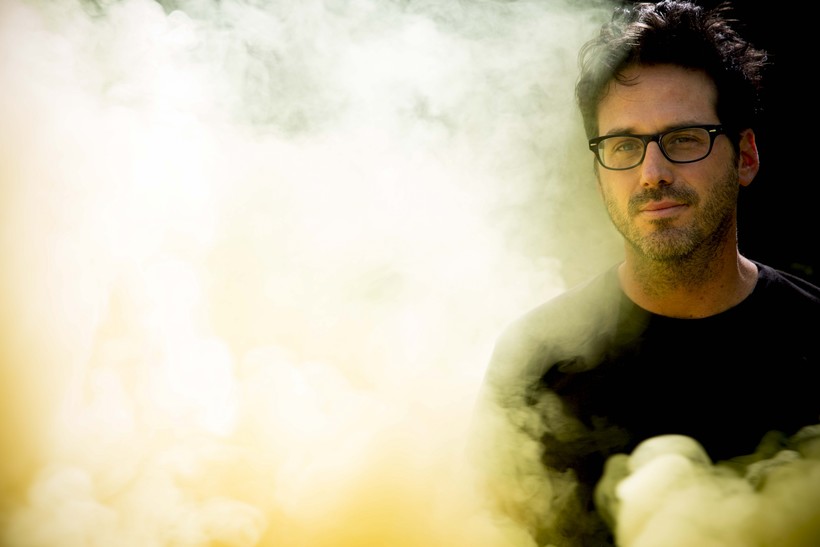 Eef Barzelay has navigated the ups and downs of a career in music for more than 20 years.

"So it's like surfing, you know, just trying to stay the board," he said. "You know, wait for your wave and then hope you don't get knocked off the board."

He recently spoke with Doug Gordon of WPR's "BETA" about the long and twisted path of his band Clem Snide, and how embracing the unknown brought him to the release of his new record.

Clem Snide's just-released "Forever Just Beyond" ends a five-year hiatus for the band, and marks a new beginning after what Barzelay described as "my decade of despair."

But back at the turn of the century, things were really looking up for the band. The Snide's first three albums, "You Were A Diamond," "Your Favorite Music" and "Ghost Of Fashion" had cemented them as indie, alt-country mainstays. Their 2001 song, "Moment In The Sun," was even featured as the theme song for Season 2 of the NBC comedy "Ed."

However, as the decade progressed and Clem Snide continued releasing music, things got more complicated. Core members started dropping out to start families and pursue other goals, and Barzelay had a bitter, costly breakup with his former manager.

"And so here we are. I mean, my wife, two small kids, and we went into foreclosure," Barzelay continued. "And so I had to declare bankruptcy."

He started offering his songwriting services through his website, writing and recording personal songs for loyal fans (full disclosure: I hired Barzelay to write a song for my wife on the occasion of our 10th wedding anniversary).

He said that interaction with fans was really helpful.

"See, my thing is, I can't do anything else. I really feel like I was called to do this," Barzelay said. "But the darker side of that is maybe I'm just doing it because I don't want to do anything else, which is also true. So I wrestle with that."

"But I have always worked through that process by writing songs, like, no matter what I'm going through, I always write my way through it," he concluded.

Along the way, he noticed things fell in to his lap in the nick of time to save his family and keep the music going.

And the next year, a fan sent him a video from an Avett Brothers concert of Scott Avett playing an obscure Clem Snide song during an encore.

Barzelay reached out to Avett and quickly heard back.

"Yeah, I just kept sending him songs," Barzelay said. "I just was trying to entice him to work together and to maybe make a record, and he agreed. You know, what an angel." 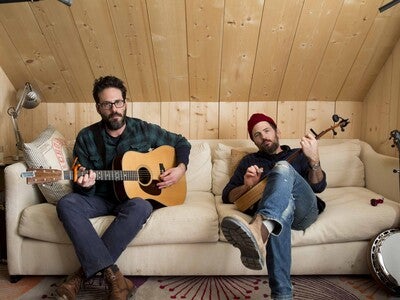 The result is the just-released "Forever Just Beyond."

"I look up to Eef with total respect and admiration, and I hope to survive like he survives: with total love for the new and the unknown. Eef’s a crooner and an indie darling by sound and a mystic sage by depth. That’s not common, but it’s beautiful," Avett said in the album's press release.

The first song on the album is "Roger Ebert", which was inspired by an interview Barzelay read with Ebert's wife after Ebert's death in 2013.

"And she just talked about the experience that he was having in those last few moments," said Barzelay. "And he really did seem to start to kind of see behind the curtain, you know, and he was writing her notes that said it's all an elaborate hoax."

"And that feels right to me. You know, I mean, I'm not a religious person," he revealed. "But the thing I like about religion is religion gives you a way to turn your sorrow in to grace. So I like to advocate for spirit, not so much for body, you know, because I think we get too much body, not enough spirit in the culture."

The song "Easy" shows up a little later on the album, and features the lyric, "It's easy to say you would never sell out when no one has made you an offer."

The song feels like a darkly humorous summation of the last decade for Barzelay.

After all of his ups and downs, and with this new "miracle" record in hand, Barzelay thinks it's his love for writing songs that's helped him through.

"Writing a good song is always the most therapeutic thing there is for me," he said.

And he's thankful his fans are still connecting with his songs.