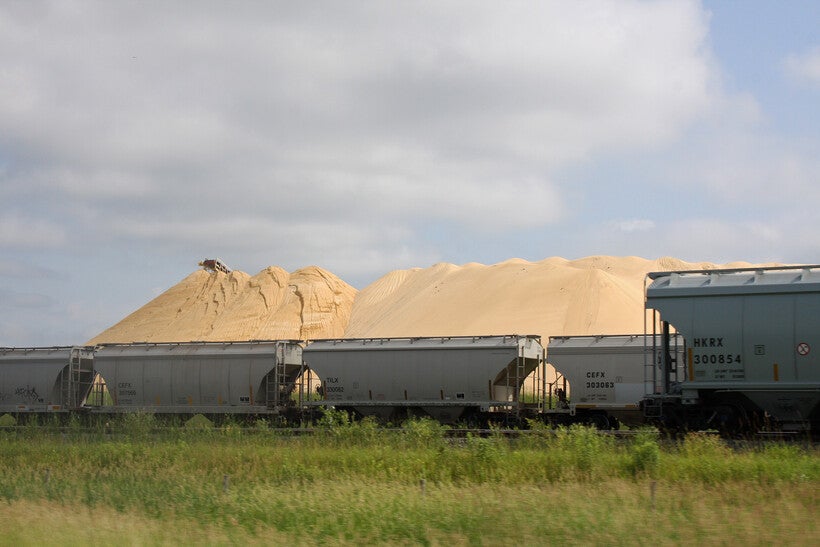 After a major contraction of the state's frac sand mining industry, some companies are seeing sales grow
By Rich Kremer
Share:

After a major contraction of Wisconsin's frac sand mining industry, companies that survived recent downturns are seeing demand for sand used to drill for oil and natural gas rise again.

A filing with the U.S. Securities and Exchange Commission shows Texas based Smart Sand, Inc., which has mines in western and southwestern Wisconsin, reported a 41 percent increase in sales of what the industry calls "northern white" sand during the third quarter of 2022 over the same time last year. The company noted revenues more than doubled year over year. Smart Sand did not respond to a request for an interview.

"We expect demand for our frac sand to continue to be supported by customers who are focused on long-term well performance and ultimate recovery of reserves from the oil and natural gas wells they are completing as well as those interested in the efficiency of their logistics supply chain and delivery of sand to the wellsite," said Smart Sand's filing.

Between 2020 and early 2021, the company said demand for frac sand declined significantly as a result of the COVID-19 pandemic, but as vaccines became available oil and natural gas production increased as did demand for sand.

But the pandemic hasn't been the only challenge for Wisconsin frac sand producers. Between 2017 and 2019, there was a surge of frac sand mine construction in places like Texas, which were able to provide sand to energy companies without the added costs of shipping it across the country.

As a result, major frac sand producers like Hi-Crush Inc. and Superior Silica Sands declared bankruptcy. Many mines were idled, meaning they could be restarted with minimal investments. Others were permanently closed and reclaimed.

In March, Smart Sand bought a shuttered mine in Blair from Hi-Crush for $6.5 million. The same mine was purchased by Hi-Crush Partners LP for $75 million just six years earlier.

Ryan Hassler is a senior analyst with analytics firm Rystad Energy. He told Wisconsin Public Radio that around 50 million tons of sand production in Wisconsin and Minnesota has gone offline since 2019.

"Demand has recovered to such a point where most markets are now pretty balanced," Hassler said. "But because we're seeing quite a tight northern white sand market and strong pricing, that's a signal that there might have been an overcorrection."

Hassler estimates around 15 million tons of sand production has come back online in Wisconsin since late 2021. But he said he's not anticipating another boom of new frac sand mines like the state saw between 2010 and 2015.

"The willingness and the appetite for these guys in Wisconsin is not there anymore to bring on additional capacity," Hassler said. "So, they're staying really disciplined and that's helping them stabilize their bottom line and increase their margins."