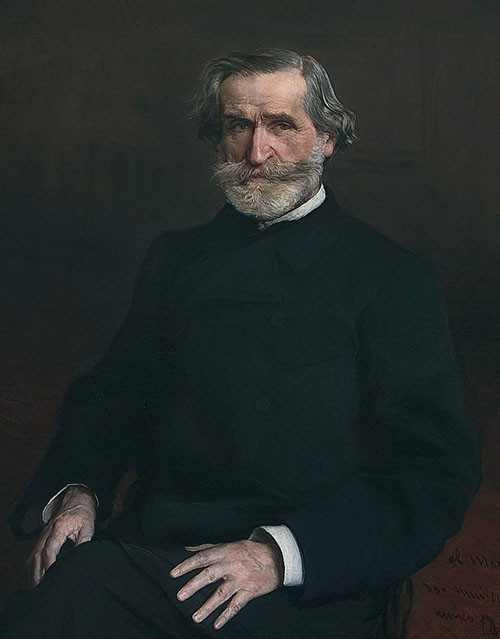 As the March 14 Florence debut of his opera Macbeth approached, Giuseppe Verdi was becoming more and more concerned about the details of its production. Impresario Antonio Lanari had written to him about some of the finer points of hiring soloists and chorus members, which began to get into personalities. On January 21, 1847, Verdi wrote back:

When you receive the music you will see that there are two choruses of paramount importance, so don’t be frugal about the number of singers and you’ll be happy with the result. In particular, notice that the witches are always to be divided into three groups, the best way to do it being in groups of six, six, and six, for a total of eighteen. Take special care with the tenor who is to sing the part of Macduff. Make sure that the second singers are good, too, because the ensemble needs good voices. And I am greatly concerned about these ensembles.

I can’t tell you exactly when I’ll be in Florence because I want to finish the opera here in peace. You can be sure that I’ll arrive in time. Pass out the solo and choral parts to everyone so that when I arrive we can start with the orchestra after just two or three rehearsals...because we’re going to need many orchestral and stage rehearsals.

I find it irritating that the singer who is to do Banquo doesn’t want to do the ghost. Why not? Singers have to be engaged to sing and to act, and furthermore the time has passed to get rid of such leniencies. It would be an abomination for someone else to play the ghost because Banquo has to maintain exactly the same appearance when he is a ghost.

Farewell! Write to me immediately. I repeat: I plan to send you more music. In the meantime, give my regards to Romani. I’ll write to him soon.