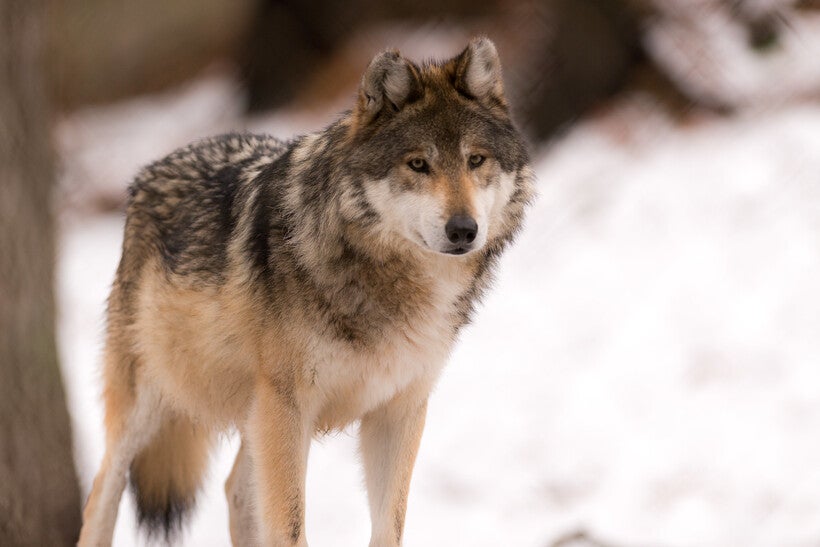 Hunters and trappers were heading out to the woods Monday as a shortened wolf season opened in Wisconsin after a court order forced state wildlife officials to hold an immediate hunt.

The Wisconsin Department of Natural Resources announced Monday that it had received more than 27,000 applications to hunt wolves. That’s roughly two times the number of applications the state received in the last wolf hunt in the 2014-15 season, prior to the animal being placed back on the endangered species list.

"They're excited to get to the field and go and manage this population of predators that is four times our population goal here in the state of Wisconsin," said Hilgemann. Hunter Nation has 20,000 members, including Wisconsin hunters.

Hunters have feared this may be their only opportunity to hunt wolves as environmental and wildlife groups have sued to restore federal protections for the animal. President Joe Biden’s administration is also reviewing the wolf’s delisting as part of an executive order Biden issued last month.

The Natural Resources Board set a harvest of 200 wolves last week. The state is required to split the quota with Ojibwe tribes as part of their federal treaty rights to hunt, fish and gather in ceded territory. That means just under 2,400 permits will be issued to state-licensed hunters who will be allowed to harvest 119 wolves.

The Trump administration delisted wolves across much of the country in January. The DNR had planned to resume the wolf hunt this November. That was before a conservative advocacy group filed a lawsuit on behalf of Hunter Nation, seeking to immediately resume the hunt this winter.

A Jefferson County judge sided with the group on Feb. 11. The DNR appealed that ruling, but a panel of judges dismissed their appeal on Friday. The wolf hunt will run through Sunday across the state’s six management zones. The DNR may close a zone early if the quota has been met.

Animal rights and environmental groups oppose the hunt along with Wisconsin tribes. In a statement Monday, the Great Lakes Indian Fish and Wildlife Commission said Ma’iingan — the Anishinaabe word for wolf — are revered as relatives by Ojibwe tribes. They also highlighted that a federal court ruling known as the Voigt Decision requires the state to consult with tribes on natural resource management, including wolves.

“We are extremely disappointed with the recent decisions and we petition the State and Natural Resources Board to follow both sound and current science and follow the co-management framework laid out in the LCO v. Wisconsin [or Voigt] case,” said Voigt Intertribal Task Force Chairman John Johnson. “We are growing tired of the lack of tribal consultation on issues that directly impact our sovereign nations.”

The Wisconsin chapter of the Sierra Club, which supported the DNR’s appeal, said in a statement Monday that the agency is required to manage wildlife for all — not just Hunter Nation.

"The DNR needs time to step back and create a thorough, inclusive, equitable, fair and science-based planning process that includes public input, broad stakeholder engagement, and full consultation with the Tribes," said Elizabeth Ward, director of the Wisconsin Sierra Club Chapter. "This court decision rushed decisions that should take months into a few days. That is not how sound decisions are made."

Hunters say the wolf population in Wisconsin has grown to 1,195 wolves — far more than the state’s management goal of 350 wolves. That goal was established as part of the state’s 1999 wolf management plan, which was last reviewed in 2007. The DNR and opponents of the hunt have argued that more time was needed to update the plan and consult with tribes and the public as part of developing a science-based quota.

Hunters and farmers who have lost livestock or dogs from wolf encounters have urged lawmakers to delist the wolf in light of the animal’s on-again, off-again status on the endangered species list.

Hunters and farmers reported 86 confirmed or probable instances of wolf depredation last year, according to the DNR. The agency has paid out more than $2.7 million in damage payments to hunters and livestock owners over the last three decades.