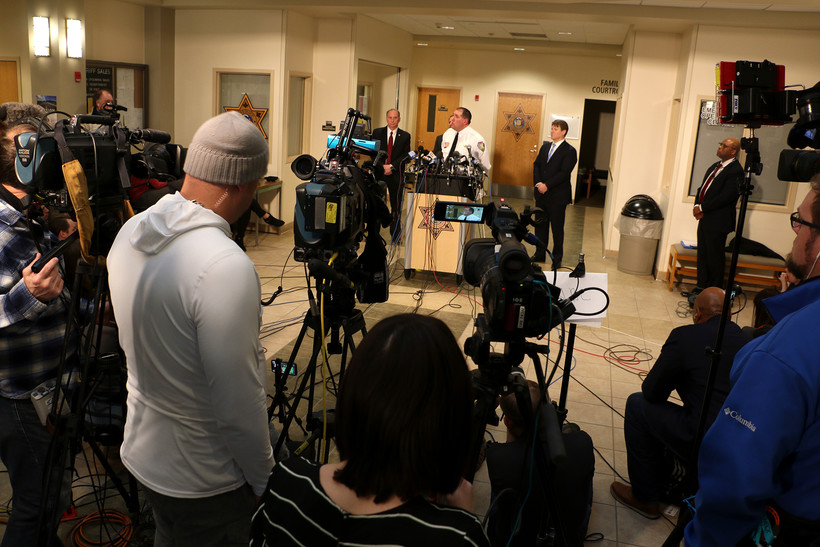 Sheriff: Jayme Closs 'Is The Hero In This Case'

Jake Thomas Patterson, 21, Of Gordon, Has Been Arrested And Is In Custody For Killings, Kidnapping
By Andrea Anderson and Danielle Kaeding
Updated:
Friday, January 11, 2019, 5:15pm
Share:

Authorities have identified the suspect in the kidnapping of Jayme Closs and the killing of her parents as Jake Thomas Patterson, 21, of Gordon. 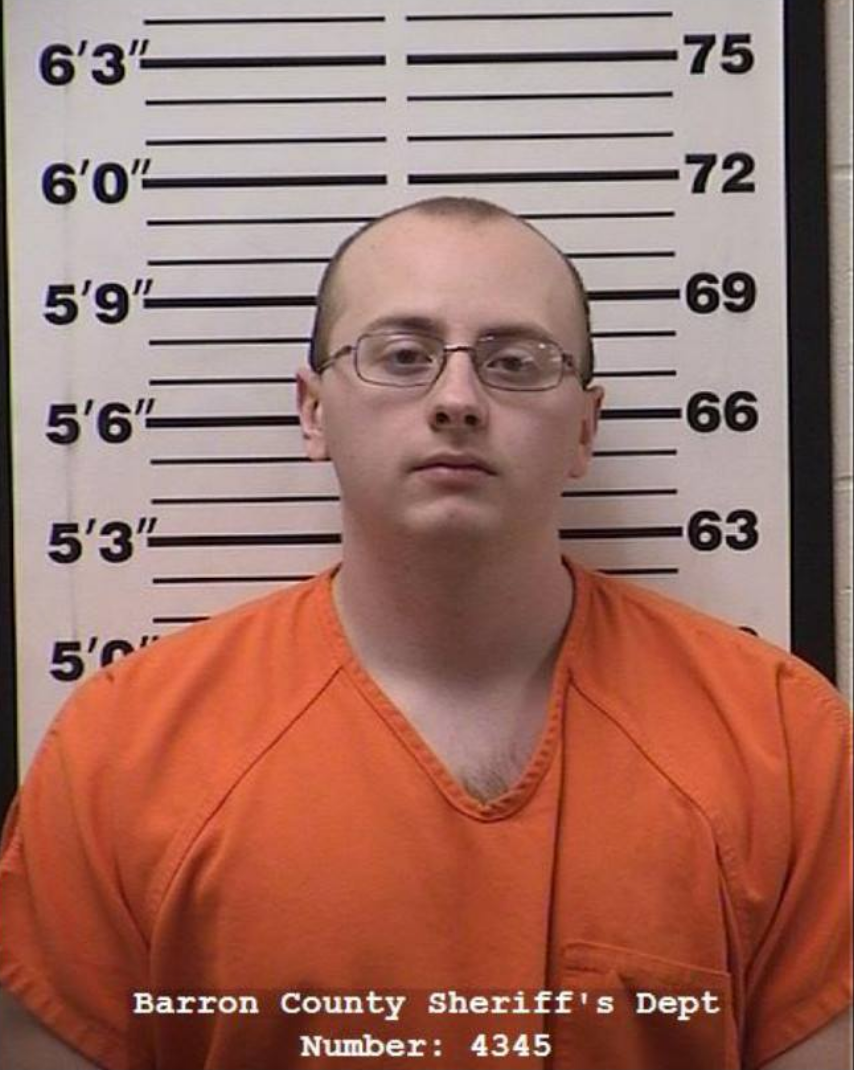 Patterson was arrested Thursday after Jayme escaped from a home in the Town of Gordon and gave Douglas County authorities a description of Patterson's vehicle.

Barron County Sheriff Chris Fitzgerald said Patterson made a calculated plan and went to the Closs home to kidnap Jayme. The reason why and how Patterson came to know of Jayme are two questions law enforcement is working diligently to piece together.

"I know all of you are searching for the answer why any of this happened, believe me, so are we," Fitzgerald said. "Not knowing will plague us for some time, but again our goal is to continue to do what is right for Jayme and see that justice is served."

"What I can tell you is we don’t believe there was a social media connection and we are determining how he became aware of Jayme," Fitzgerald later said. "I do not have that answer in complete form yet to release."

Patterson worked at the Jennie-O Turkey plant in Barron more than three years ago for less than two days but law enforcement doesn't believe he had contact with Jayme's parents — James Closs, 56, and Denise Closs, 46 — who also worked at the plant.

Patterson is accused of killing the parents Oct. 15 at their home in Barron while Jayme was home, and then kidnapping the teenager.

"At this time, nothing in this case shows the suspect knew anyone at the Closs home or at any time had contact with anyone in the Closs family," Fitzgerald said. "The suspect had specific intentions to kidnap Jayme and went to great lengths to prepare to take her."

Patterson also took steps to avoid being detected by law enforcement and the public, like altering his appearance by shaving his head, Fitzgerald said. The sheriff would not comment further, citing the ongoing investigation.

Jeanne Nutter was walking her golden retriever Henry around a roughly two-mile loop of cabins near her home when she saw a young girl walking toward her wearing shoes too big for her, a sweatshirt and leggings.

Nutter said it became clear as the girl came closer that she was Jayme, the 13-year-old girl that had been missing since her parents were found dead in October. 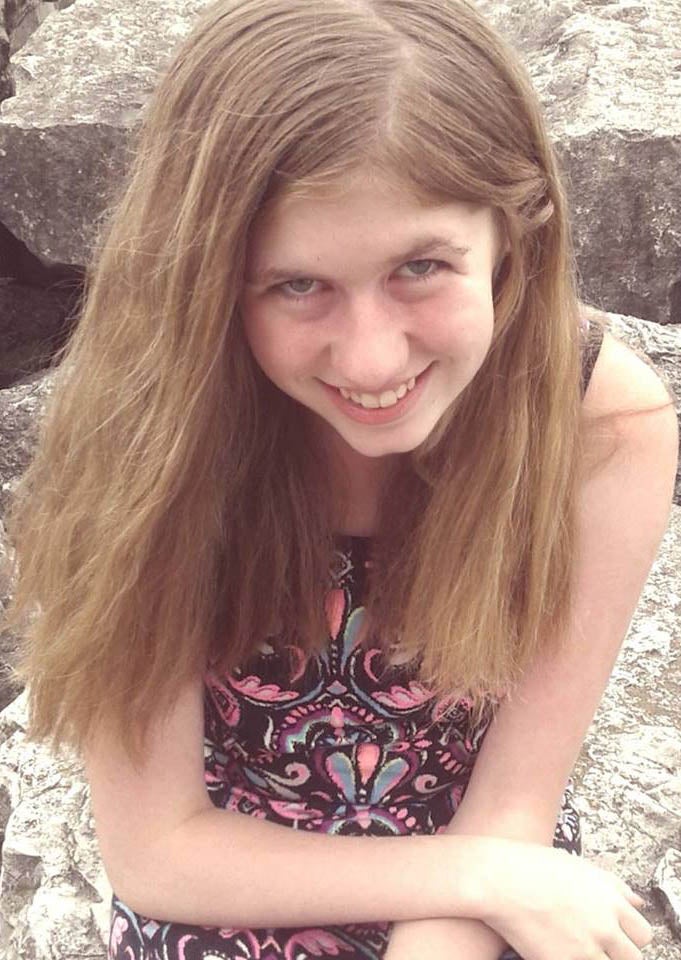 When Nutter recognized Closs, Nutter asked her what kind of vehicle the person who took her was driving so they could be ready to run. The two then headed down the road to the home of a nearby neighbor, Peter Kasinskas.

The Kasinskas called 911 and wrapped Jayme in a blanket. When asked how the girl was doing, Nutter said, "She's a child who's been traumatized."

News of Jayme being found alive broke Thursday night after the Barron County Sheriff's Department posted the news to Facebook at around 8 p.m.

The Town of Gordon is about 45 minutes southeast of Superior and an hour north of Barron.

The investigation of the killings and apparent abduction drew in members of the FBI and thousands of civilian volunteers who showed up to help search the area surrounding the Closs home. 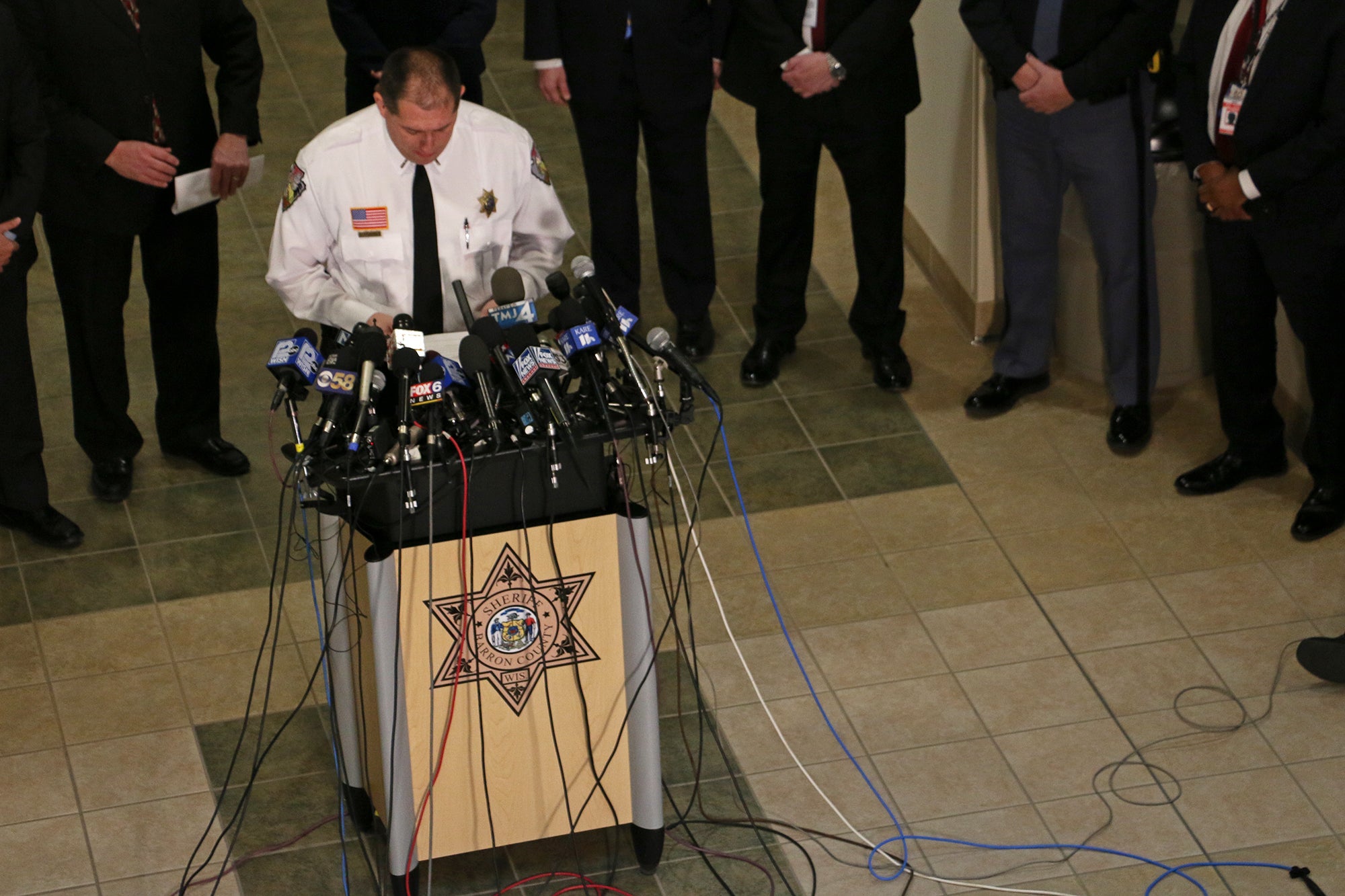 Eighty-eight days. That's how long Jayme was missing for.

Since Oct. 15, law enforcement officers have been weeding through tips and claims that Jayme had been seen.

Sheriff Fitzgerald said his head was "spinning" at points from tips that were coming in from other parts of the state and sometimes the country.

The kidnapping garnered national attention and at one point there was a tip that Jayme was spotted in Miami, but that was quickly dismissed. The Town of Gordon wasn't even on law enforcement's radar, Fitzgerald said.

So what changed the case and brought Jayme home? Jayme.

"That is the will of a kid to survive. It’s the unthinkable," Fitzgerald said Friday. "It's amazing the will of that 13-year-old girl to survive and escape, and that comes from the hope and the prayers and this community."

Using Jayme's description of the vehicle, a "short time later" an officer located Patterson's vehicle "down the road" and Patterson was taken into custody, Dalbec said.

Law enforcement believe Patterson wasn't home when Jayme escaped and was looking for her when he was arrested, Fitzgerald said.

Law enforcement heads from the Douglas and Barron County sheriff's offices and FBI stressed Friday the investigation is ongoing, and that officers are still at the Town of Gordon home collecting evidence.

"This is a very active and fluid case, we are actively serving search warrants right at this moment in Gordon, in other areas for vehicles, looking for evidence," Fitzgerald said Friday.

Fitzgerald said investigators are seeking answers to several questions, including what happened in the last three months and if one of the guns recovered by law enforcement Thursday is the shotgun used at the Closs home in October.

Fitzgerald did not know how Jayme was confined to the residence or how she was able to escape on foot.

Law enforcement is not releasing any details on the condition of the 13-year-old girl, but Fitzgerald said, "She's talking, and she communicated with our team up there, and she was released from the hospital. I think those are all great things to talk about and to move forward with this recovery process. I mean, Jayme is the hero in this case, there is no question about it and she's the one that helped us break the case, along with everybody else that worked on it from law enforcement to all the people."

Patterson went to high school in Gordon and has no criminal history locally or in Wisconsin and was unemployed, Fitzgerald said.

There are no other suspects in the case, but Fitzgerald said he didn't know if any one else was at the home in the past three months or had helped Patterson.

Earlier Friday, County District Attorney Brian Wright said his job is to get justice for Jayme: "It is our job in prosecuting this case to obtain justice for James, Denise and Jayme Closs, and we will do so." 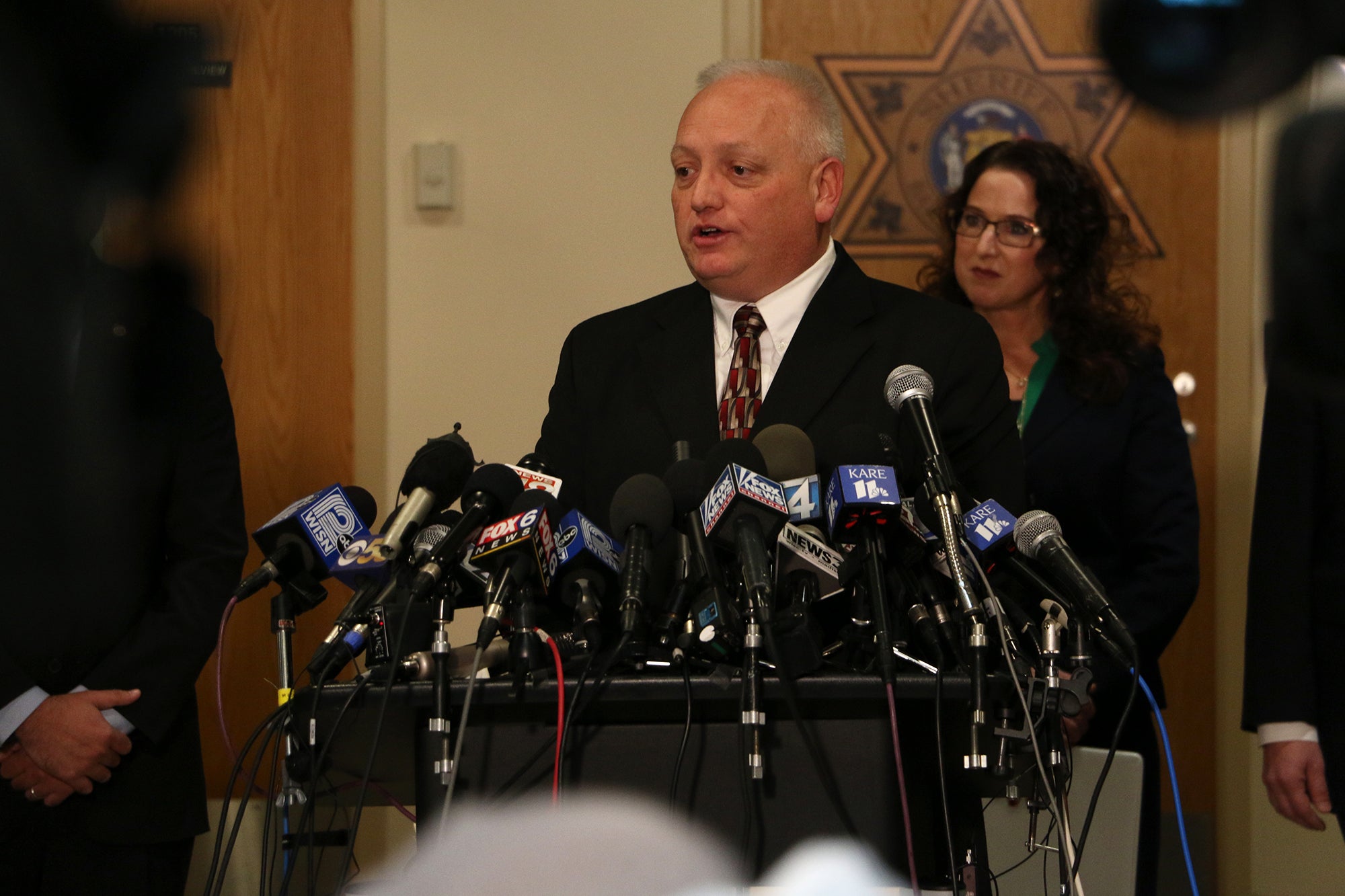 Jayme was medically cleared after being held overnight at a hospital in the Twin Ports, and was interviewed by law enforcement before she was reunited with her family Friday, Fitzgerald said.

While Jayme was missing, the small town community rallied for the her discovery.

"Most importantly, we want to thank Jayme for being so courageous and achieving an opportunity to find her way back to us, what an extraordinary young lady," Tremblay said.

"Jayme, we missed you and we are so grateful you are home," Tremblay later said, holding back tears.

"The reason we had hope was because of all of the support, all of the love we were shown by complete strangers. And you couldn't doubt it because they weren't doubting it," said Engelhardt, the sister of Jayme’s father.

Robert Naiberg, Jayme's grandfather, said he received a call late Thursday that he'd been praying for, informing him his granddaughter had been found alive.

Talking with ABC's "Good Morning America" on Friday morning, Jen Smith, the girl's aunt, said her niece was being treated at a hospital on Thursday.

On Thursday night, Lacey Naiberg, a cousin of Jayme's, thanked law enforcement and the community for support. In a Facebook post, Lacey Naiberg said "there are no words to describe" the feeling of having so many people come together to help. She asked people to continue to pray for "Jayme's well-being and our families healing." 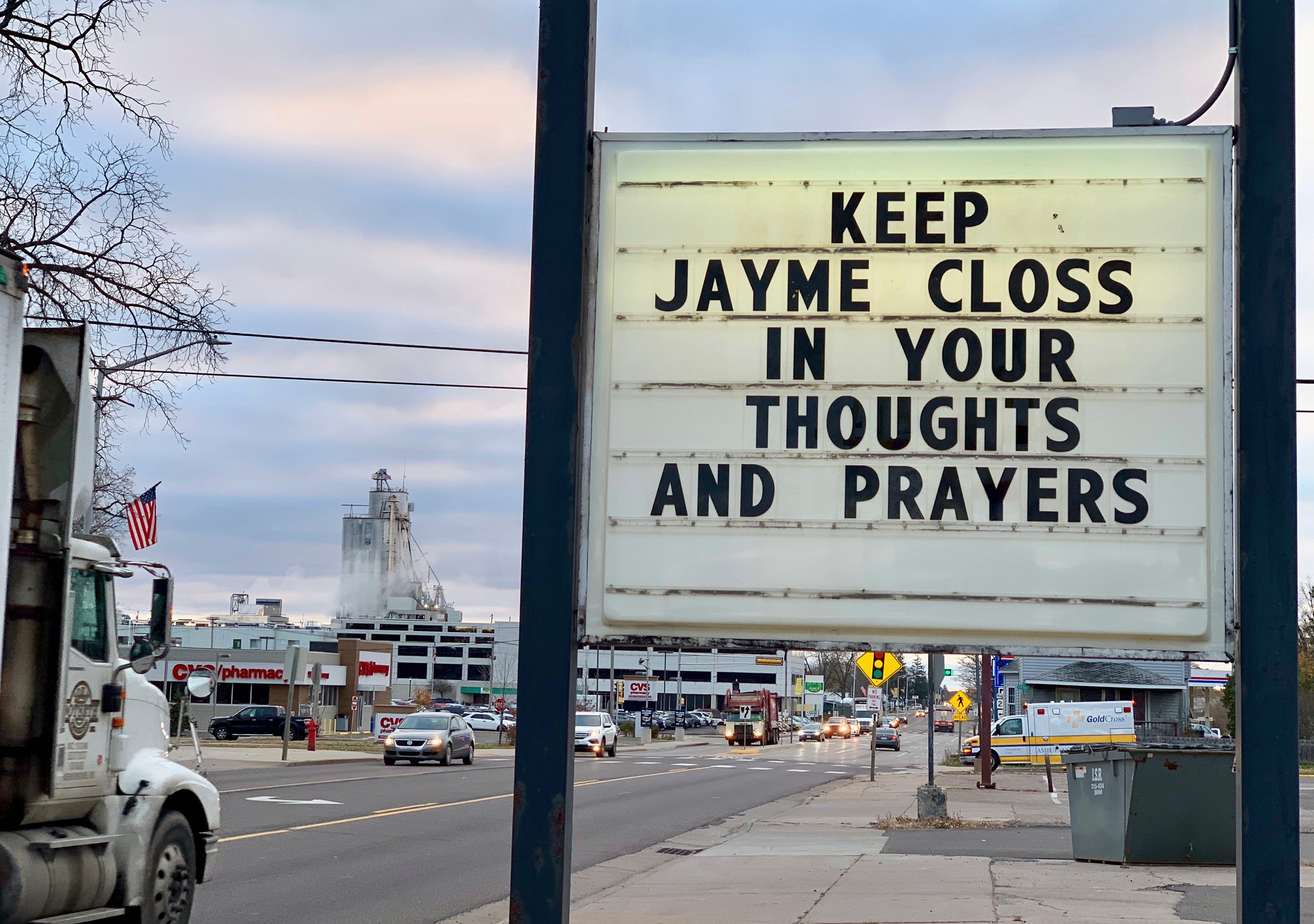 'All I Wanted To Do Is Get That Kid Safe'

Nutter, the woman Jayme approached Thursday, is familiar with working with children and has a history working with child protective services in Dane, Clark and Eau Claire counties. She worked for the Wisconsin Department of Children and Families until she retired as a regional supervisor working on special needs adoptions.

Nutter said Jayme appeared "calm" and that everyone did a great job, including the dispatcher and law enforcement who arrived later to help. She didn't know how long it took for a sheriff's deputy to arrive, but Nutter said it "felt like days."

While they waited, Jayme petted the neighbors' dogs and Nutter's dog, Henry. Nutter said they just wanted to try to keep her comfortable.

"I just kept telling her, 'Everything is going to be OK,'" said Nutter.

The retired child protection worker didn't want to ask Jayme any questions because she didn't want to further traumatize the girl and knew law enforcement would have questions of their own.

"All I wanted to do is get that kid safe," she said.

Nutter said Jayme was likely in shock, and so were they. "I think we were just so amazed that she was alive," she said.

Nutter said Jayme is an amazing kid to have survived.

"I just did what I would expect any human being to do — to take care of a child," she said. 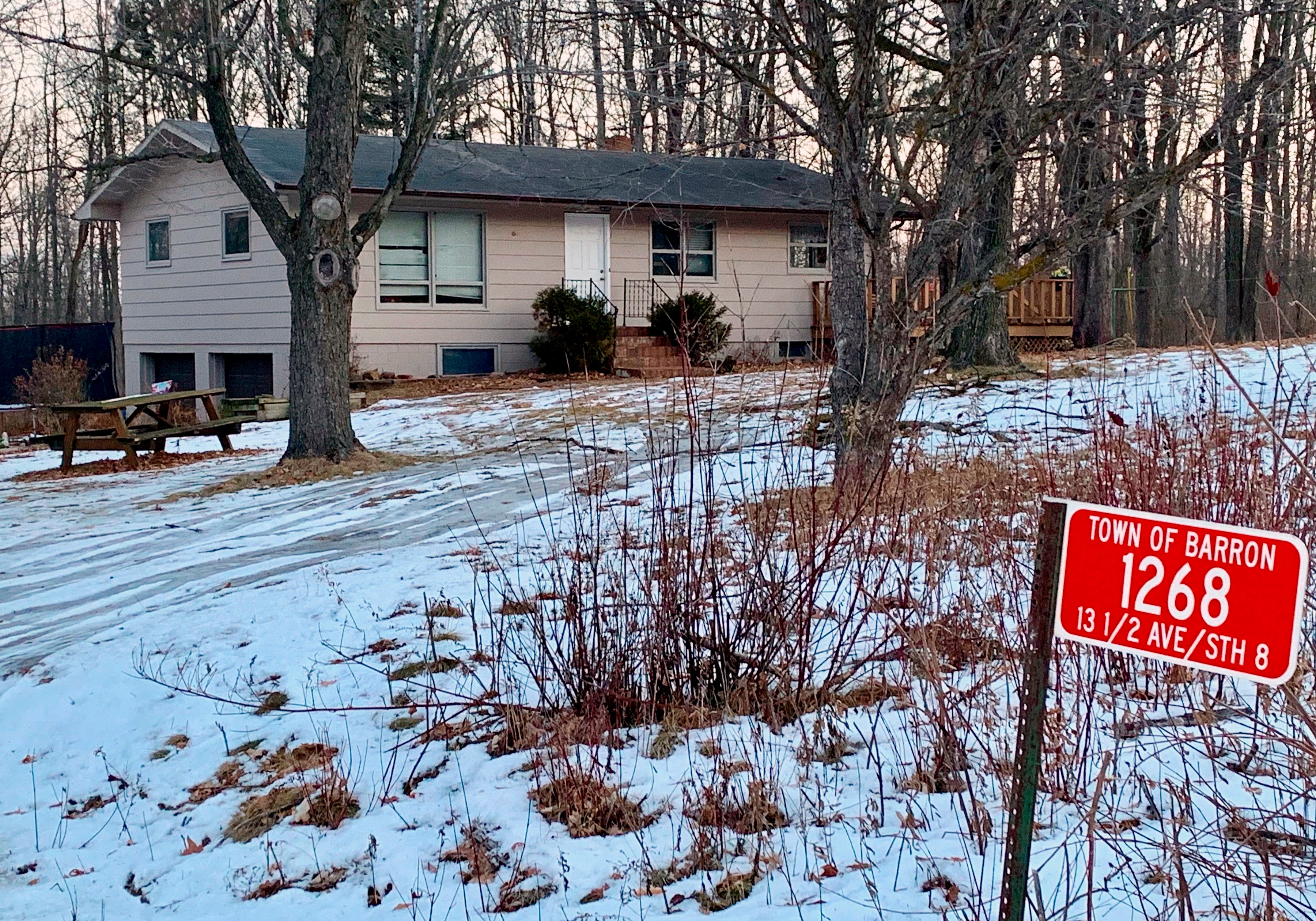 The home where teenager Jayme Closs lived with her parents is seen Friday, Jan. 11, 2019, in Barron, Wis. Closs, who went missing in October after her parents were found dead, was found alive Thursday afternoon, Jan. 10 in the small town of Gordon, Wis. Jeff Baenen/AP Photo

Oct. 15, 2018 - James Closs, 56, and Denise Closs, 46, are found shot to death in their home in Barron, a town in western Wisconsin. Authorities issue an Amber Alert for 13-year-old Jayme Closs, and the search for her begins.

Oct. 16, 2018 - Investigators say they don't consider Jayme a suspect in her parents' deaths. Authorities also dismiss a tip placing Jayme's whereabouts in Miami as "not credible," and say they believe the girl is in danger.

Oct. 17, 2018 - Authorities announce that investigators believe Jayme was in her family's home when her parents were fatally shot.

Oct. 18, 2018 - About 100 people join a ground search for Jayme after Barron County Sheriff Chris Fitzgerald requests the help of volunteers. The search turns up nothing useful. The Wisconsin Department of Justice announces it is sending therapists, comfort dogs and school resource officers to help students at the school Jayme attended.

Oct. 23, 2018 - About 2,000 volunteers from as far as Minneapolis help with another ground search. Several items are found and taken for assessment.

Oct. 27, 2018 - Funerals are held for James and Denise Closs in Cameron, a village next to Barron.

Oct. 29, 2018 - Prosecutors announce they have charged a man with burglarizing the Closs home but say he's not a suspect in the case.

Dec. 12, 2018 - Hundreds of people attend a "tree of hope" lighting ceremony in honor of Jayme in Barron.

Jan. 10, 2019 - Jayme is found alive in the Town of Gordon, a rural community about an hour from her home. A suspect is taken into custody.

Editor's note: This story will be updated. Rich Kremer contributed to this report.