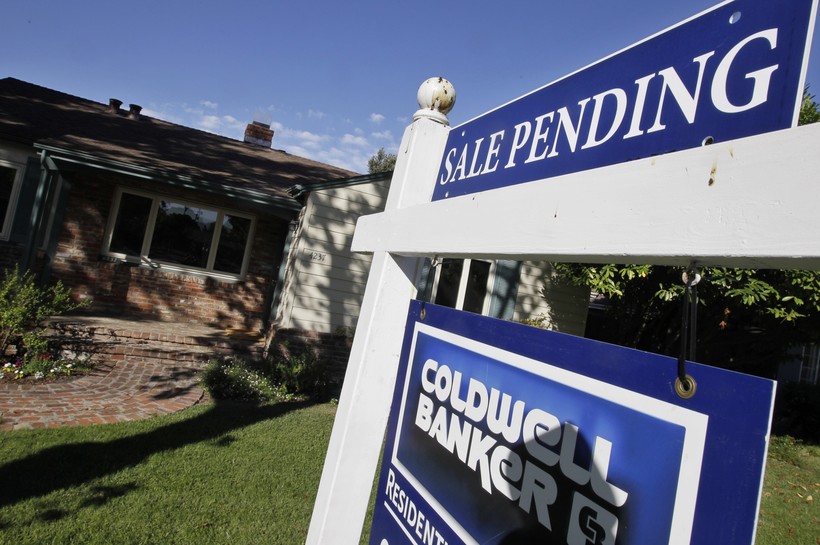 In this Aug. 21, 2012, file photo, the exterior of a house with a pending home sale sign is viewed in Palo Alto, Calif. Paul Sakuma/AP Photo

Home sales and home prices in Wisconsin jumped in September, according to the latest data out from the Wisconsin Realtors Association.

Kent Gabrielsen, president of the La Crosse Area Realtors Association, said the housing market has been extremely competitive in his region.

"I've had properties recently where I've had, you know, 11 offers over the first weekend ... most of them over list price," Gabrielsen said.

Horning also noted a big influx of people moving north from Illinois to communities like Racine, Kenosha and Lake Geneva, a trend he ascribes to more flexible work from home policies on the part of employers.

WRA President and CEO Michael Theo said in a statement Monday that the increase in demand is being driven by both "low mortgage rates and an improving job market in the state."

The U.S. Federal Reserve has taken aggressive action throughout the pandemic to lower the cost of borrowing in an attempt to encourage Americans to spend, which in turn stimulates the economy. As a result, interest rates on mortgages have been at record-lows nationally.

Brenda Barnhardt, executive vice president of the Realtors Association of Northwestern Wisconsin, said the low mortgage rates are a boon for homebuyers.

"It's allowing buyers to, you know, buy properties at a little bit higher costs because their price still remains low ... so they have a good opportunity to purchase when there becomes a property available for them," Barnhardt said.

As of Oct. 15, average interest rates for mortgages hovered between two and three percent, according to Freddie Mac which aggregates mortgage rate data.

Judd Stevenson, president of the Realtors Association of Northeast Wisconsin, said that some current homeowners who purchased a home in the past when interest rates were higher likely "remember buying houses at (a) 7 percent (interest rate)."

"I bought my first house at 14 percent," Stevenson said.

Theo said despite the pace of growth, realtors are "hampered by limited (housing) supply, and that is really pumping up prices."

Northern Wisconsin saw the strongest home sales in September, with an increase of close to 28 percent year over year. That region consists of 18 counties including Iron, Ashland, and Price — all of which saw some the biggest sales increases in the region, according to the WRA data released Monday.

The state's 14-county northeastern region saw the smallest increase, with September home sales up about 5 percent year over year.