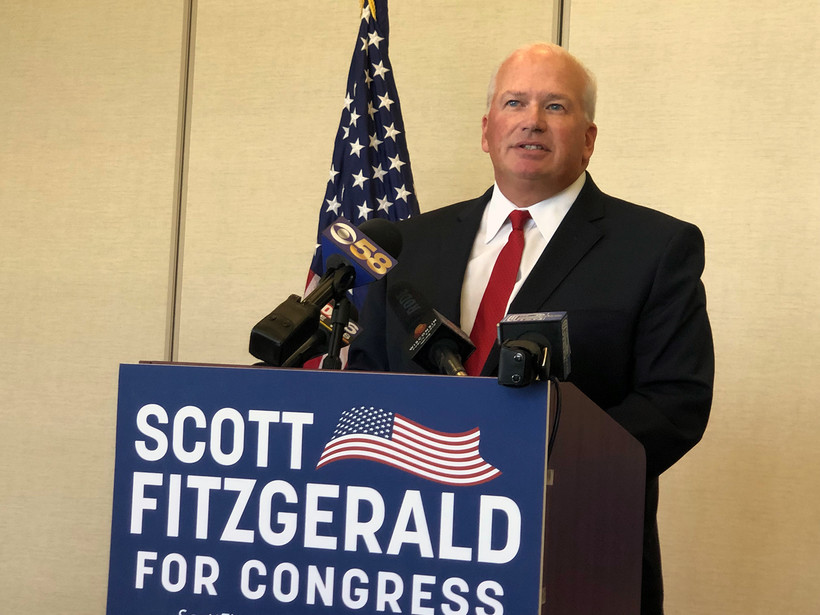 Fitzgerald, 55, is a longtime fixture in state government. His current tenure as majority leader began in 2011, when he served as a key figure in the passage of high-profile pieces of former Gov. Scott Walker's policy agenda, including the changes to Wisconsin unions known as Act 10.

Fitzgerald is the first Republican candidate to officially join the race for Wisconsin's 5th Congressional District seat, which is being vacated by longtime Wisconsin Congressman Jim Sensenbrenner. Fitzgerald made the announcement Tuesday morning on WISN radio's "The Jay Weber Show."

Speaking with reporters at a Tuesday afternoon event in Oconomowoc, Fitzgerald lauded his experience in the Legislature during what he called the state's "golden age for conservative reforms."

"We’ve fixed Wisconsin and made it a conservative beacon that the whole country looks to for reforms," Fitzgerald said. "I understand Wisconsin values and I’ve fought for them at the state level. I want to fight for them in Congress."

Fitzgerald was first elected to the state Senate in 1994. He is a former newspaper publisher and served in the U.S. Army Reserve for 27 years.

Fitzgerald was one of the first Wisconsin Republicans to support President Donald Trump during the 2016 presidential campaign. In his remarks Tuesday, the senator continued to align himself with the president and defended Trump's policies.

When asked about the effect of the president's trade policies on Wisconsin's dairy industry, Fitzgerald said he "feel(s) good about where we are."

"I think the policies that President Trump has put in place have worked," he said.

Fitzgerald said the president is "on offense" and "trying to push that envelope" when it comes to trade. He also defended the president's positions on immigration and his border wall.

A staffer for Fitzgerald cut short further questions about the president.

After his remarks, Fitzgerald confirmed he will remain in his role as majority leader during the campaign.

"I’ve talked to many members of the Senate — they’ve been very encouraging," he said. "We’ve still got a lot work of to do in the Wisconsin Legislature this fall."

Wisconsin's 5th Congressional District is seen as a conservative bastion in the state. It includes portions of Milwaukee, Waukesha, Dodge and Walworth counties and all of Jefferson and Washington counties.

Former Republican U.S. Senate candidate Leah Vukmir said last week she will not run for the seat. She was considered one of the highest profile Republicans considering a bid.

At least one Democrat, Tom Palzewicz, has also announced he would run for the open seat. Palzewicz lost to Sensenbrenner in the 2018 election.