The Seeds Of Tomorrow: Defending Indigenous Mexican Corn That Could Be Our Future

Corn Born In Southern Mexico Gets Nitrogen From Air
By Seth Jovaag | To the Best of Our Knowledge
Share:

You could make a solid argument that the most important invention in human history involves fertilizer.

In the early 1900s, two German chemists — Fritz Haber and Carl Bosch — developed a method for manufacturing ammonia from atmospheric nitrogen. That might not sound exciting, but the result was that humans were soon able to grow more food than ever before. By some estimates, synthetic fertilizer from the Haber-Bosch method now sustains nearly half the world’s population.

But over the past century, this incredible breakthrough has wreaked environmental havoc. Excessive nitrogen causes dead zones in the Gulf of Mexico, and algae blooms in lakes and nitrates in well water. Just making all that fertilizer today accounts for up to 2 percent of the world’s greenhouse gas emissions. 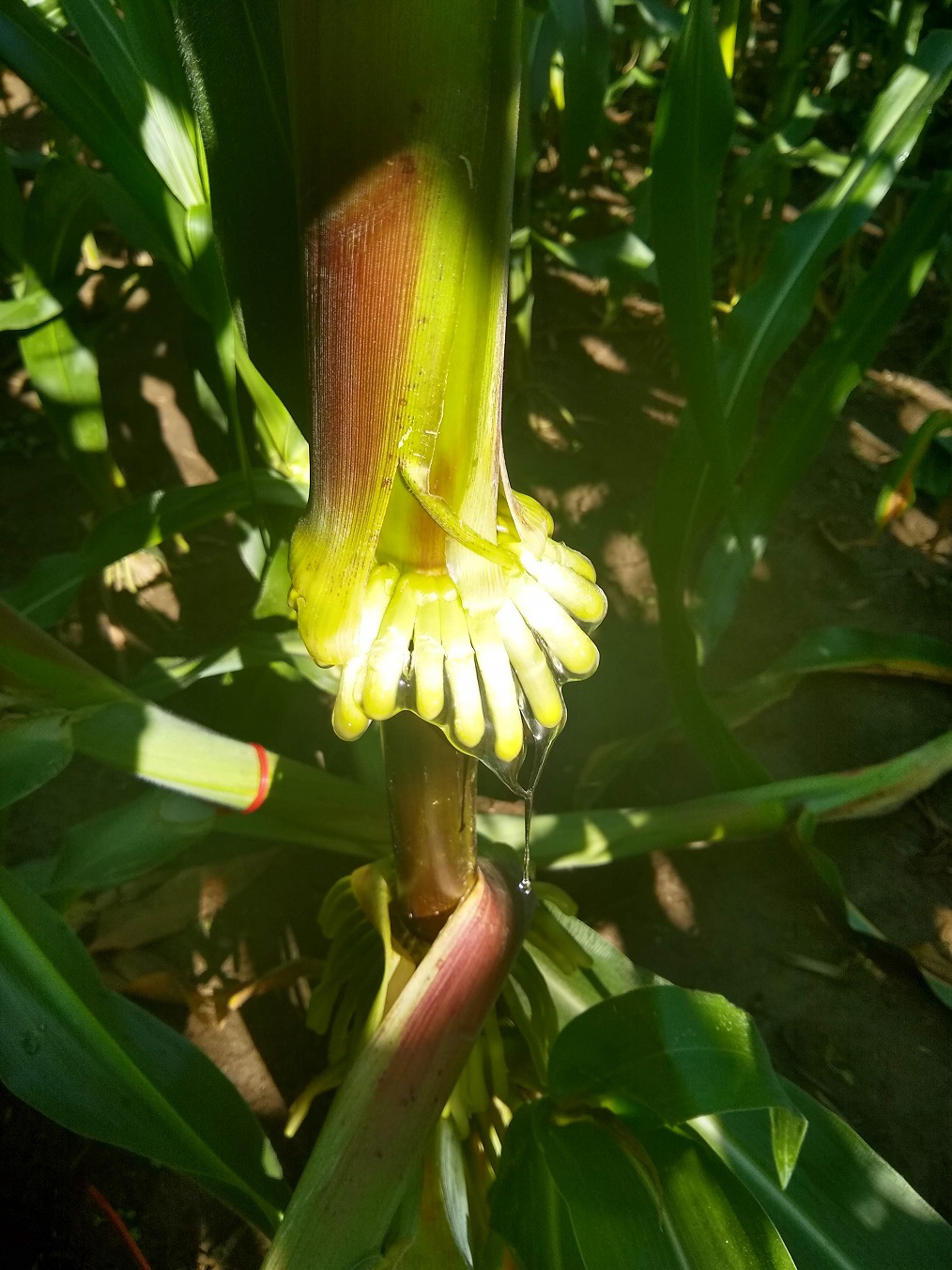 Clear mucilage drips from aerial roots on a stalk of corn grown this summer in research plots at the University of Wisconsin. Seth Jovaag/TTBOOK

In this context, I heard last year about an unusual, giant corn in southern Mexico that gets its own nitrogen from the air — no manufacturing required.

Scientists have tried for decades to figure out how cereal grains like wheat and corn could do such a thing. The elusive problem has even been called "the Holy Grail of Agriculture." Publications like The Atlantic were calling it "the wonder plant." And why not? The notion that farmers in the birthplace of domesticated corn had already figured this out a long time ago, and that the rest of the world could now benefit from it seemed like a perfect, natural circle.

Back in May, I decided to check this corn out for myself. It grows in the mountains of the Sierra Mixe region in the state of Oaxaca in southern Mexico. A good friend of mine happens to live there, so I thought it’d be fun to visit him, interview some farmers and tell the story of how this ancient grain might someday solve some of the modern world’s most vexing problems.

During my two weeks in Oaxaca, however, my neat-and-tidy narrative quickly fell apart.

One of the first people I spoke to was Alejandro de Avila, founding director of the Ethnobotanical Garden of Oaxaca.

"Well, it's a very comfortable thought," de Avila said of my story idea. "Oh yeah, the people in Oaxaca, those Indians down there, they can take care of the biodiversity that brought us this commodity. Yeah, and the people of Oaxaca are poor, they are dirt poor, and they are being taken advantage of."

Policies from Mexico and the United States consistently favor industrialized agriculture, he told me, rather than indigenous communities maintaining old farming traditions. One result: young people around Oaxaca aren’t farming anymore. They’ve migrated north, looking for jobs. The gene diversity of maize and other crops is being left to people in their 60s, 70s, or 80s.

That’s where the real story is, he said. Focusing on one miraculous variety of corn masks the larger dilemma. Plant breeders of the future — the small farmers tinkering daily with their crops in the face of a changing climate — are disappearing. And if they go away, no one is left to defend, or preserve the seeds.

"The keepers of our insurance for the future are the indigenous people," de Avila said. "They keep the gene diversity that is our best bet against the vagaries of climate." 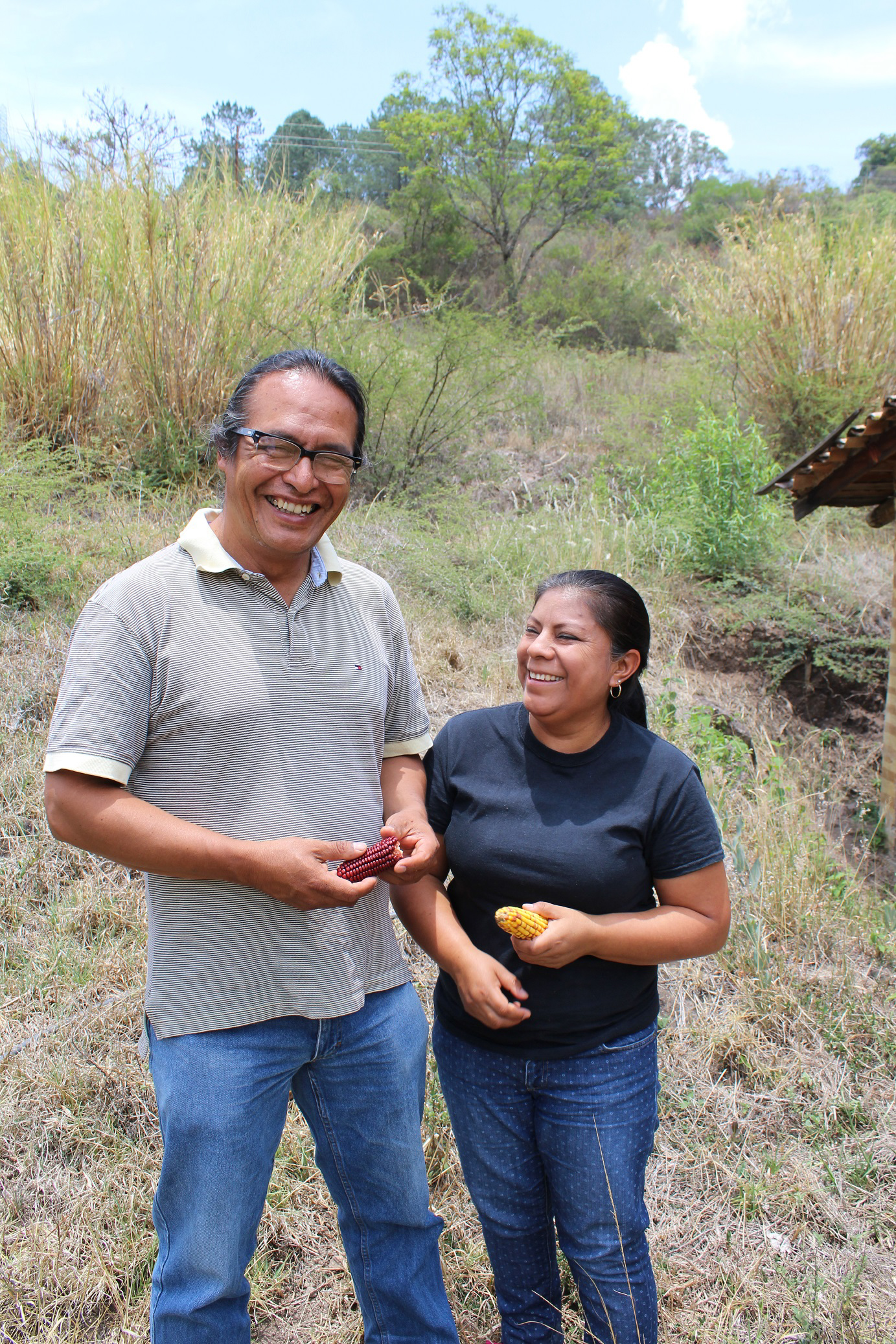 Gonzalez Rojas and Gabriela Linares Sosa are activists for indigenous communities with the Union of Organizations of the Sierra Juarez of Oaxaca (UNOSJO). Seth Jovaag/TTBOOK

My story about this "wonder plant" was complicated by other factors, too.

There were claims of biopiracy.

Critics said an agreement to share benefits with one Oaxaca community — even though the corn in question is found elsewhere — went against local ethics of communal ownership.

The potential has also attracted the interest of American researchers, including those at the University of Wisconsin-Madison, the University of California, Davis, and at the private company Mars Inc., who have studied the corn. Many of these researchers argue this corn truly could benefit not only humanity at large but also the region from where it came. Another journalist, Martha Pskowski, spent this spring delving into this part of the story.

But after spending a lot of time reading and listening to people talk about this topic, I was struck by how many kept returning to de Avila’s theme that we’re missing the larger point.

Aldo Gonzalez Rojas is a Zapotec farmer and activist with the Union of Organizations of the Sierra Juarez of Oaxaca (UNOSJO). The work of small farmers, he said, can’t be replicated in labs or by seed vaults like the one in Norway. Their frontline labor might not be the "shiny new thing," but it could be more vital to us all.

"Peasant seeds are reproduced year after year, and they adapt to the new climatic conditions. So those are really the seeds of the future," Rojas said.