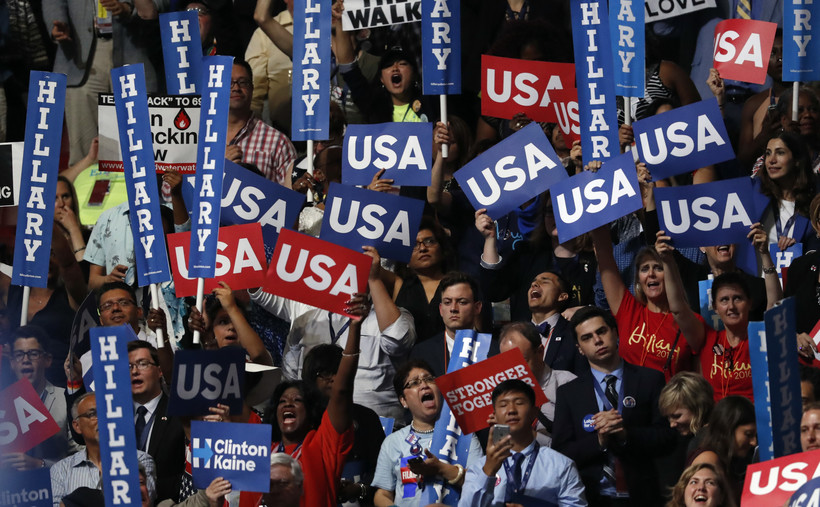 Security Will Be Tight At DNC, But Not An Obstacle

Milwaukee Officials Say They Are Ready For Summer Convention
By Corrinne Hess
Share:

For months, federal, state and local law enforcement officials have been planning for the 2020 Democratic National Convention in Milwaukee.

From July 13-16, an estimated 50,000 people will come to the city to take part in the event, making security a primary concern for officials.

Liz Gilbert, president of the Milwaukee 2020 Host Committee for the Democratic National Convention, said the goal is that security won’t affect people in a way that is "totally inconvenient" during the four-day convention.

The convention security perimeter will be announced in the coming weeks, Gilbert said. Organizers have said businesses within the zone will remain open.

Gilbert oversees the day-to-day operations for the host committee and spoke Wednesday to the Milwaukee Press Club.

"What I will say is you will have a lot of visitors and lots of different profiles," Gilbert said. "You’ll have elected officials who have their own details, lots celebrities and private security. So, I think it's hard for us to kind of guess what that will look like."

At this point, it is not expected that there will be multiple secure zones in the city, Gilbert said.

Milwaukee Mayor Tom Barrett told WPR's "The Morning Show" on Wednesday the city will be prepared to host the convention.

He compared the excitement to hosting four of the largest weddings imaginable on four consecutive days.

"It is a huge undertaking, and we have been working very closely with the Secret Service, the host committee and the national committee," Barrett said.

Jan. 7 will be the first day hundreds of reporters, technicians and editors from across country who plan to cover the convention will get a look at the Fiserv Forum in downtown Milwaukee and the other convention facilities.

Barrett said one of the reasons Milwaukee was chosen is because the one-year-old Fiserv Forum was equipped with the latest technology.

"When you have an event like this a lot of retrofitting in fiber optics has to be done," Barrett said. "I think that was very appealing to them."

During her remarks Wednesday afternoon at the Milwaukee Press Club, Gilbert, said the convention will appeal to more than just delegates, elected officials and media members.

Gilbert, who worked on Democratic National Conventions in Philadelphia and Charlotte, North Carolina, promised a "lot of partying" for people across the state to enjoy.

"We will have 2,000 events leading up to convention week," Gilbert said. "I have seen what has worked and maybe what hasn’t. So we hope that people will pay attention and be very excited to participate."