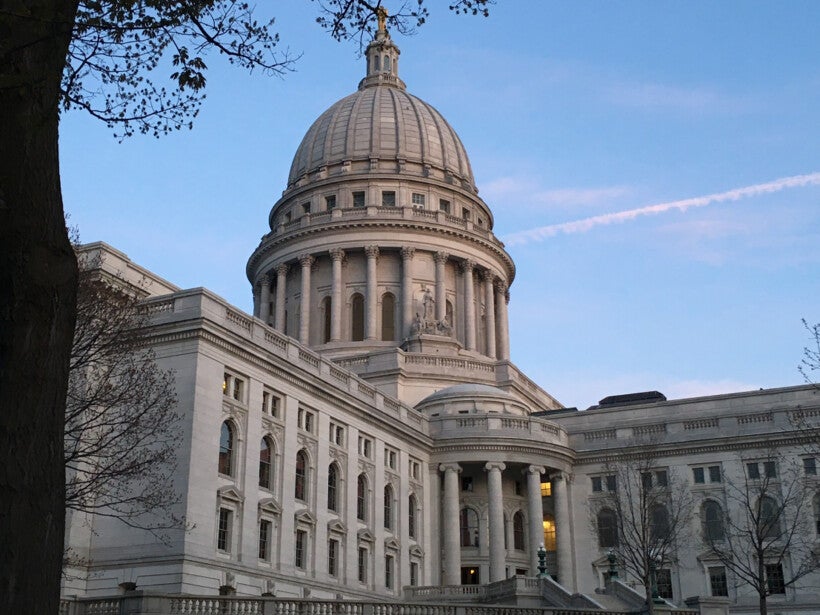 A second Republican state senator said Thursday that he would vote against Wisconsin's state budget, giving Republicans a razor-thin margin to pass the plan without help from Democrats.

State Sen. Dave Craig, R-Big Bend, told WISN Radio's Jay Weber on Thursday that the budget passed by the Republican-controlled Joint Finance Committee spent too much to win his support.

"At the end of the day, regardless of how you're spending that money, every dollar that goes to state government has an offsetting effect, dollar for dollar, on economic liberty and freedom for families across Wisconsin," Craig said.

Craig's announcement came a day after Sen. Steve Nass, R-Whitewater, announced he would vote against the budget. Republicans hold a 19-14 majority in the Senate, meaning that  if a third GOP Senator breaks ranks, they could hold up the budget's passage.

The budget scheduled for a vote in the Assembly Tuesday would spend roughly $81.7 billion over the next two years when all funds are included. That's about $2.1 billion less than Gov. Tony Evers proposed but $4.3 billion more than the current state budget. Craig said that was more than he could support.

Craig also cited concerns with how much the budget would borrow and spend on public construction projects and public land.

The budget currently before the Legislature would spend roughly $1.9 billion on new capital projects, an amount similar to what Gov. Tony Evers proposed. Roughly $1 billion of that would go toward building projects at the University of Wisconsin System.

Craig's announcement did not come as a complete surprise. He helped hold up passage of the budget in 2017, and ultimately voted against it.

"Sen. Craig voted against Scott Walker's last budget, so it's not really surprising to me that if he couldn't support a Walker budget, it's probably unlikely he could ever get to support an Evers budget," said Assembly Speaker Robin Vos, R-Rochester.

Craig's announcement turned attention to other Republican holdouts from the 2017 budget battle. One of them, Sen. Duey Stroebel, R-Saukville, said Thursday that he would vote yes on the budget this year.

"I'm voting for it," Stroebel told reporters Thursday. "I think it represents a good blend of what we stand for and what the governor should sign."

Stroebel said he expected there would be some additional changes to the budget before it passes the full Senate. He said that could include getting rid of plan that would let the Legislature's budget committee impose a "mileage-based fee" on motorists.

"I've heard from various sources that there's a good chance that won't be in there," Stroebel said.

Evers held a press conference Thursday urging lawmakers to restore some of the provisions he included in his original plan, including a full expansion of Medicaid under the Affordable Care Act.

Evers' proposal would expand Medicaid to adults who earn up to 138 percent of the federal poverty level, a change his administration estimates would cover an additional 83,000 people. A recent poll by Marquette University found 70 percent of voters support the plan.

"Legislators have the opportunity to amend this budget, to do what the people of Wisconsin have asked us to do," Ever said. "I firmly believe that if they ignore the will of the people, they do so at their own peril."

At the same time, Evers said that public pressure on the Legislature had made already paid dividends.

"Those efforts by the people of Wisconsin made a huge difference," Evers said. "Look how far this Legislature has moved closer to my proposal."

The GOP budget would increase transportation revenue by $393 million in the next budget, something Republicans were unable to agree upon under former Gov. Scott Walker. It would also increase funding for special education, though not nearly as much as Evers wanted.

As he has in the past, Evers declined to say whether he would veto the entire budget if Republicans don't move more in his direction.

The state Assembly is scheduled to vote on the budget on Tuesday. The Senate could take up the changes later next week.