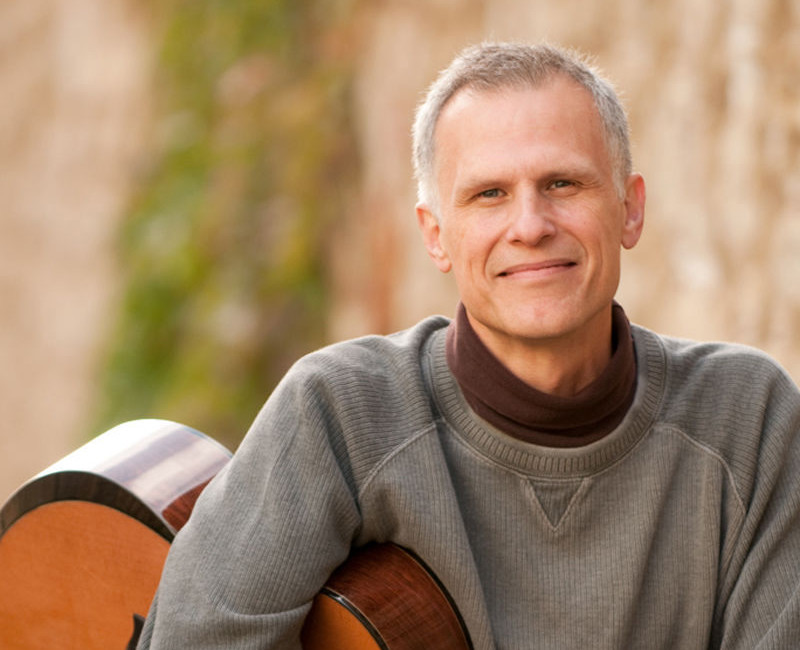 Science And Spirituality Sing Together

For Musician Peter Mayer, The Two Go Together
By Dan Robinson
Share:

Science and spirituality have often been portrayed as opposites or enemies, but for singer-songwriter Peter Mayer, they are intimately connected. His music has been described as spiritual or mystical, but, he said in a recent interview, "If I would think of myself as a mystic, I would also think of myself as a mystic who is very respectful and interested in science. That is, the ways that science has taught us to determine what actually is true."

The Minnesota musician recently took part in a phone interview with me for "Simply Folk." The coronavirus pandemic may have caused us to physically distance, but we were still able to connect and share conversation and music together.

Among the songs that Mayer shared during the interview was a track off his latest album, "Catching Rain." The song, "Come Back," was inspired by a story shared by Albert White Hat, a member of the Lakota Nation who was a teacher of and activist for the preservation of the Lakota language and traditional culture.

"(White Hat) talked about an experience that he had standing in front of a tree one time in his life and having this kind of mystical experience," Mayer recounted. "And the tree saying, 'Come back. Come back to me.' The tree representing nature, the natural world."

"We modern humans have found ways to sort of disconnect, at least psychologically and well in other ways, too, with the natural world," said Mayer. "And I think, ultimately, we do that at our own detriment, not only spiritually, but also just in terms of making good decisions about how to be on this planet and how to create a future on this planet."

At a time in our world when science is as important as ever to helping humanity deal with the pandemic, Mayer sees the need for both science and spirituality. "The problem with mystics," he said, "is that we can imagine anything." Science brings that balance to verify what is true and not true in our physical world.

At the same time, science needs spirituality and the poets to help people connect to that truth.

"What I am interested in is the things that we've found to be true about reality and how to use our imaginations and our sort of spiritual practices to connect us to those things, because," he commented, "I think that science isn't always very good at it. It can tell us a story about the world, about reality, but it doesn't always help us to come to terms with it spiritually and at the heart level."

Science and spirituality have been connected for Mayer from a young age, as they both describe the world in which we live.

"I’ve always been interested, ever since I was a kid," Mayer said, "(in) what is the nature of reality. What’s the bigger picture that we’re a part of? And nowadays, I’ve come to really believe that the bigger picture is the world that we have discovered through science, the universe itself. And so how do we relate to that? That’s what I’m interested in."