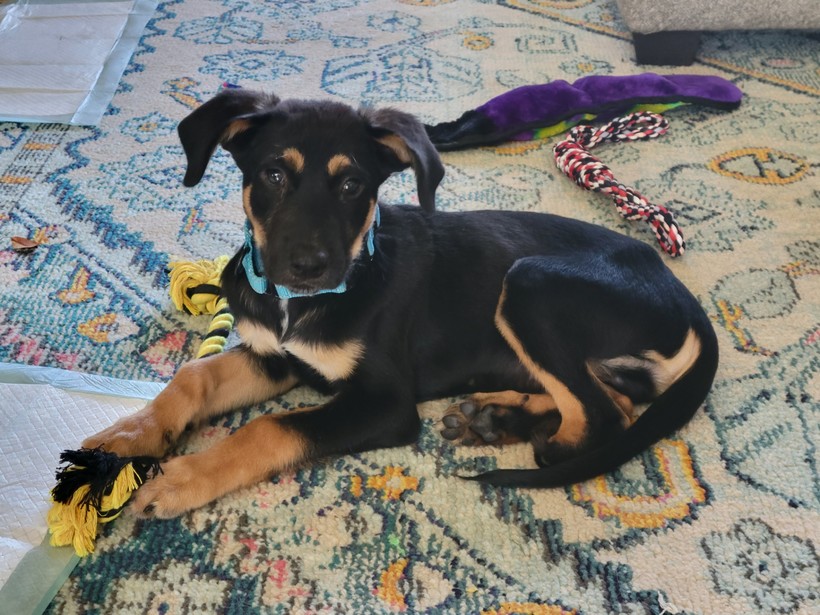 At a Racine high school, a group of seniors are taking on a high-stakes assignment — building a prosthetic paw for a 4-month-old puppy.

A Wisconsin rescue group found the dog, Forrest Stump, living under a camper with his mom and siblings in a rural area near Houston, Texas. Out of his seven-puppy litter, only Forrest and two others survived.

"It's very common in rural Texas. There are a lot of street dogs. A lot of people let their dogs run wild," said Jessica Lietzke, Forrest's foster mom and the foster and adoption coordinator for the Texas Rescue Riders. The organization takes more than 50 dogs from Texas to Wisconsin each month — including Forrest.

When the rescue agency found the puppy, one of his feet was infected, and his left rear foot was missing its paw.

"They haven't been able to determine whether it was bitten off by a predator or perhaps by his mother," Lietzke said. "Or he could have been born that way." 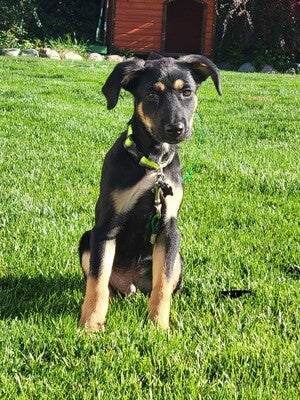 Though Forrest can walk and run without a paw, she said, it makes some simple tasks difficult, like climbing up furniture.

"He would use that leg, thinking that his nails or his toes would catch," Lietzke said, "but it would just keep sliding off, because there was nothing to grab hold of. And he would do a little faceplant, if he was running and playing too hard, because he would lose traction."

The coming months, though, will present a new challenge for the Texas-born puppy, she said.

"(The stump) is very temperature sensitive," Lietzke said. "He doesn't like to put it down on the cold grass in the morning, and we assume that he will hate having the snow on it."

The vet said there are a few options for the puppy, according to Lietzke. First, they could keep Forrest's leg, but an entire life of crooked walking could lead to arthritis, hip dysplasia, or spinal issues.

Another possibility, Lietzke said, was to amputate the leg, but a third choice stood out to her — building a prosthetic paw.

Lietzke found a group willing to take on the project: seniors in the biomedical and engineering classes at Case High School in Racine.

Last week, Liezke brought Forrest to meet the seniors, so they could examine his stump.

"We used 3D scanners," said Sara Gauthier, the biomedical teacher. "And the kids also took ink ... imprints of his good foot, and then his stump, so we can see the difference."

With those measurements, the students have started coming up with models, said Dan Buchholz, an engineering teacher.

"It ranges from things that resemble a dog's foot to things similar to a blade, like we've seen runners use," he said.

The model has to work in all kinds of weather, Buchholz said, and be strong enough to withstand some chewing. On top of that, he said, it has to adapt as Forrest gets older.

Some models are designed to grow as Forrest grows, he said, while others would have to be upgraded every few months as he gets bigger.

"We're asking our kids to be risk-takers and think outside the box," Buchholz said. "People talk a lot about real-world problems, and it doesn't get any more real than that. We really just want to help this little guy out."

All in all, things are looking up for the puppy. Last Monday, Forrest was adopted, and next week, he'll come back to class to get the models fitted.

If all goes well, he'll have a new paw by Thanksgiving.