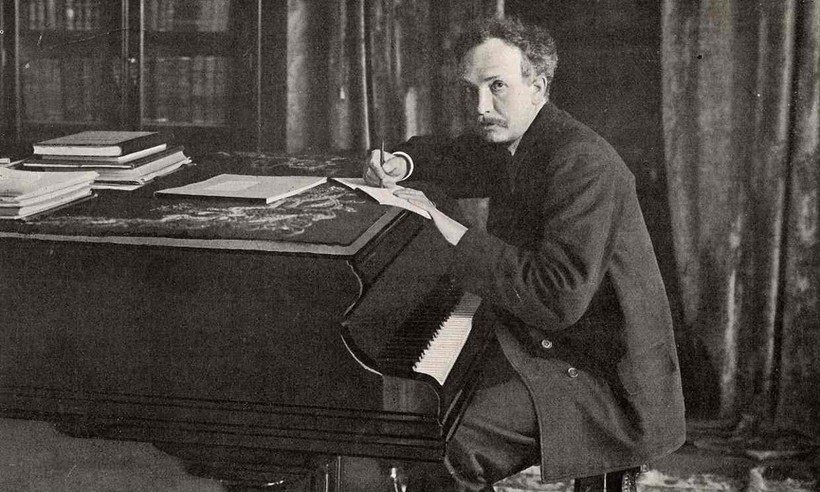 Richard Strauss and the Yanks

May 8th, 1945 -- V.E. Day. Germany surrendered to the Allies, ending World War II in Europe. Composer Richard Strauss was among the many who were glad that the war was over regardless of who had won. He and his family had been suffering under the Nazi regime while living near the village of Garmisch in the Bavarian Alps.

Strauss was 81-years-old. He and his wife had wanted to go to Switzerland to restore their health at a spa near Zurich but had been forbidden to do so by the highest authority -- Hitler himself. There was an order to arrest Strauss' daughter-in-law, but she had dared to remain with her family.

Refugees had been billeted with the Strausses -- a cabaret worker and his two starving children. Garmish had fallen to the Allies without a shot being fired, and on the morning of April 30th American tanks rolled into the meadow beside Strauss' house. The composer's grandson, 18-year-old Richard Strauss, reported "No one believes me, but I swear that there was a GI sitting on a tank, whistling the Don Juan theme!"

The American army was requisitioning villas for its use, giving occupants 15 minutes to vacate. At about 11 o'clock in the morning jeeps came up to Strauss' driveway. Strauss' daughter-in-law began to pack food and valuables. Despite his family's protests, Strauss went to the front door to meet the Americans.

He spoke to a Major Kramer who sat in one of the jeeps. "I am Richard Strauss," he said, "the composer of Rosenkavalier and Salome."

He had spoken to the right person. Major Kramer, who was a music-lover, ordered his men to show respect for Strauss, and the composer returned the favor by inviting several of the Americans in for wine and venison stew. A sign that said "Off Limits" protected the house.

In the days that followed many American soldiers wanted to meet the famous Richard Strauss even though some of them were under the mistaken impression that he had written "On the Beautiful Blue Danube."