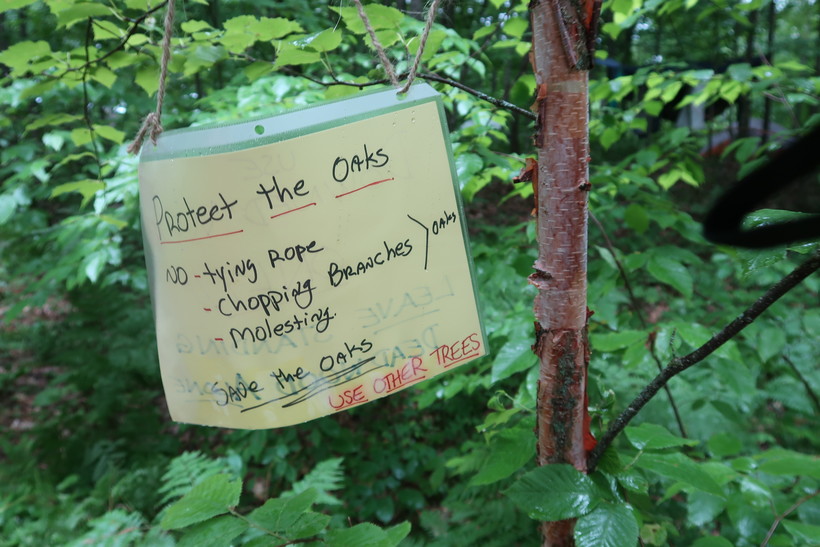 Members of the Rainbow Family put up signs to visitors during the gathering, asking them to protect natural resources in the Chequamegon-Nicolet National Forest.
Danielle Kaeding/WPR

Restoration Wrapping Up At Site Of Rainbow Family National Gathering

Around 50 members of the Rainbow Family of Living Light are wrapping up restoration work this week on the Chequamegon-Nicolet National Forest. The loose-knit group of people held their national gathering in the Canthook Lake area within the forest earlier this month.

Forest spokeswoman Hilary Markin said they expect most of the Rainbow Family to head out by Friday.

"They’re starting to move out of the meadow and out to the road and continue getting their stuff packed up, but things have been going well with the restoration," said Markin. "We’ve been working with them. We’ve been meeting with them on the ground. The meadow, the ferns and the milkweed are starting to bounce back from the folks being there."

Some of the restoration activities include removing trash, abandoned camping supplies, rehabilitating trails and reseeding areas for native plants. 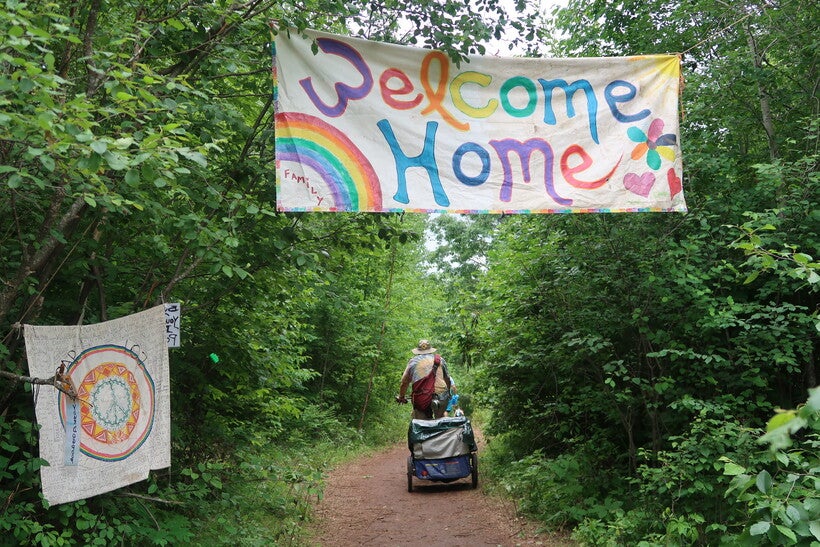 The head of the trail that leads to the main meadow where the Rainbow Family held their national gathering in the Chequamegon-Nicolet National Forest.
Danielle Kaeding/WPR

The gathering had sparked concerns among some locals about the impact that thousands would have on the site. However, Rainbow Family members said one of the goals of the gathering is to leave no trace after the event concludes.

"What we’re asking folks to do is tread lightly in that area for the rest of the year," she said.

Every year since 1972, the Rainbow Family has held a national gathering at a national forest as part of social and spiritual activities, culminating with a prayer for world peace on the July Fourth holiday.

Markin said the event costs the U.S. Forest Service around $700,000 on average for law enforcement and restoration activities. Around 6,000 people visited the site of the Rainbow Family gathering during the peak of the event on July 3 and 4.