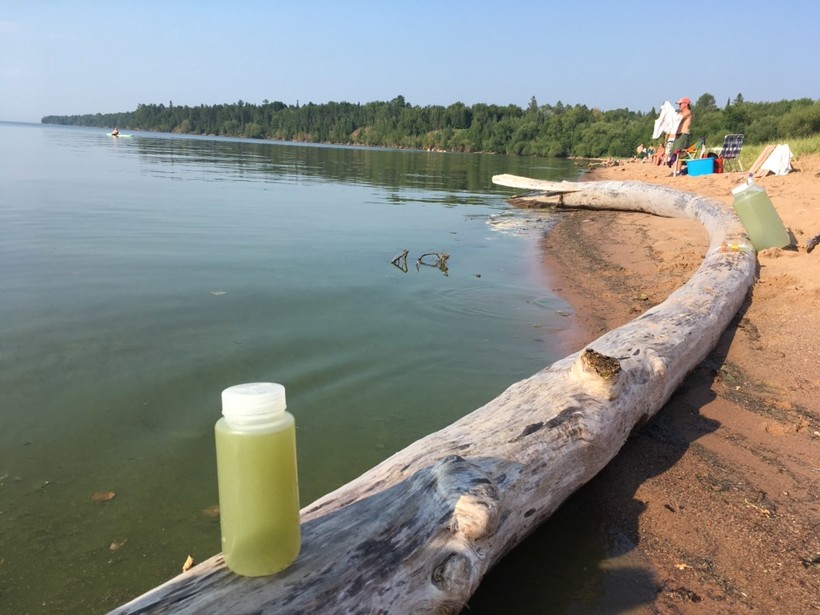 Researchers are trying to pinpoint the cause of a recent blue-green algae bloom on Lake Superior. The bloom appears to be the largest one witnessed so far on the lake. Eyewitness reports have spanned a roughly 50-mile stretch from east of Superior to the Apostle Islands.

The first blue-green algae bloom on Lake Superior was reported in 2012 following storms that caused massive flooding in the region, says Robert Sterner, director of the Large Lakes Observatory at the University of Minnesota-Duluth.

"There seems to be a relationship between a large gigantic rainstorm like we’ve had in these recent years and the appearance of these blooms," he said.

While storms seem to be an important link, Sterner said the warming of Lake Superior is an important phenomenon that needs to be better understood.

"Generally, we’re seeing these blooms occur in the warmest of the years. We also believe there’s some local meteorological effects having to do with wind," said Sterner. "There’s a number of different factors here that we’re basically trying to untangle."

Sterner said researchers first learned of the bloom late last week and collected dozens of samples from Herbster, Wisconsin to Sand Island. While the bloom has since dissipated, researchers are trying to determine its magnitude and the concentrations of nutrients like phosphorous and nitrogen.

"We don’t know yet the level of toxicity. Those measurements are still being made, but the type of algae that we’re seeing here in Lake Superior are of the same type that can become toxic," Sterner said. "They aren’t guaranteed to be toxic. They’re not always toxic, but the forms we’re observing are ones which can become toxic."

However, Sterner doesn’t expect the bloom had a high level of toxicity that would warrant concerns over human or animal health. Discoveries such as this one have the potential to harm tourism in the area, which has already seen impacts due to flooding this summer.

"One of the things I hope doesn’t happen, but you could see happening, is people start to associate this shoreline with blue-green algae blooms and that’s not a good association for people wanting to come recreate," he said.

Sterner said they’ll be processing nutrient samples in the coming days and weeks. Over the next several years, they’ll be exploring blue-green algae blooms further and creating models to better understand what causes them.