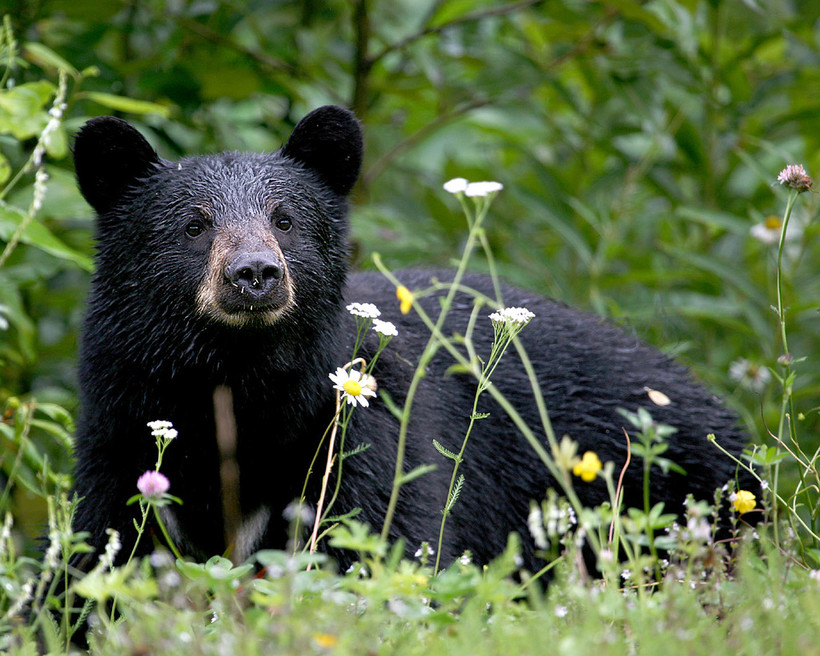 Baiting Could Play A Role In The Density Of Bears Up North
By Danielle Kaeding
Share:

New research shows bear bait makes up more than 40 percent of a black bear’s diet in northern Wisconsin, and bait could be playing a role in the high density of bears up north, researchers say.

Northern Wisconsin is home to around 20,400 bears, according to the article.

"It was a study designed to better understand the ecology of bears in the state and the role that the various foods on the landscape play in the population," MacFarland said. "That gives us information on the impact of regulations. It’s sort of a first step to better understanding the role of bait in bear diet."

Baits often consist of high-calorie foods such as meat, candy or cookies, although Wisconsin does not allow baits that contain any animal part or by-product.

MacFarland, along with researchers at the University of Wisconsin-Madison, sampled bear bait and native foods in the Chequamegon-Nicolet National Forest for the study. They then compared those samples to tissues taken from black bears during the 2011-2013 hunting seasons.

The study was restricted to areas that were primarily forest and wetlands to minimize the influence of crop cover on results.

The DNR estimates around 4 million gallons of bear bait are used annually on the landscape, and researchers noted northern Wisconsin black bears had a higher percentage of bait in their diets than food-conditioned bears in Yosemite National Park.

Female black bears that eat bait have been known to experience increased fertility, but researchers say further study is needed to assess the impact of baiting policies on the bear population.

"It’d also be interesting to see what, in states with different policies and different regulations, what role bait is playing in the diet of those bears," MacFarland said. "There’s some more work potentially to be done, but I think it’s an important first step in us better understanding this."

The baiting period in Wisconsin is roughly three times longer than neighboring states Michigan and Minnesota. The state allows baiting from April 15 through early October.

Editor's Note: This story has been updated to clarify that baits used across states can include meat, fish and other high-sugar foods, but Wisconsin does not allow the use of animal parts or by-products.