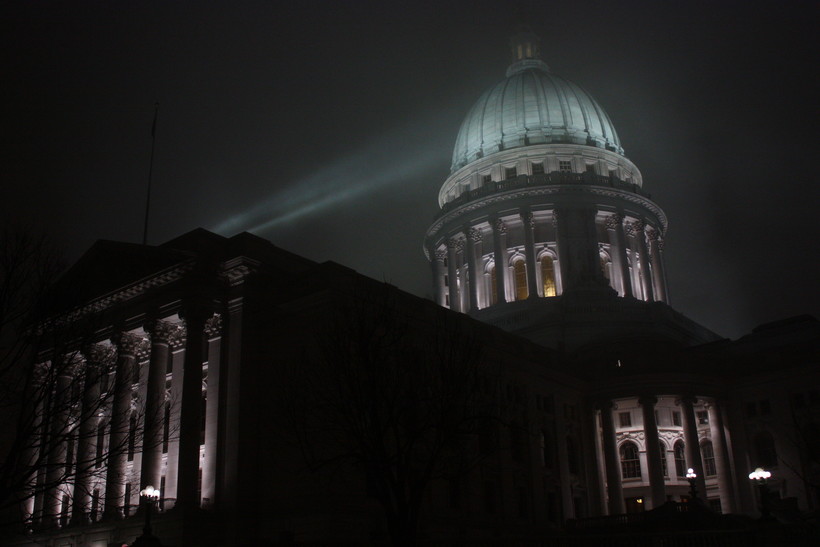 Republicans have regained control of the Wisconsin State Senate, putting them back at full power in the State Capitol.

It appears the GOP will have an 18-15 majority in the Senate. That's enough of a cushion that if moderates like Senator Dale Schultz occasionally disagree with party leaders, the GOP will still be in charge and team with the Republican-controlled Assembly and Governor Scott Walker. Walker issued a statement last night saying he looks forward to working with members of both parties to grow the state's economy and create jobs. The likely new Senate majority leader, Scott Fitzgerald, says the state budget will dominate the landscape, and perhaps include more tax cuts.

"The one bright spot that we've had in economic news as of late is that income tax collections are up," he says. "The Fiscal Bureau continues to tell us that there is going to be some revenue available by January, and if that's the case, I would never rule out some kind of tax cut.

Fitzgerald says he also expects pro-mining legislation to be back on the agenda. Republican Senator Glenn Grothman thinks the mining bill would pass this time, "Which would be good as far as jobs up North and would also help in the factories in the southeastern part of the state."

Democrats may try to slow down the Republicans' agenda, but how they would do that isn't immediately clear.