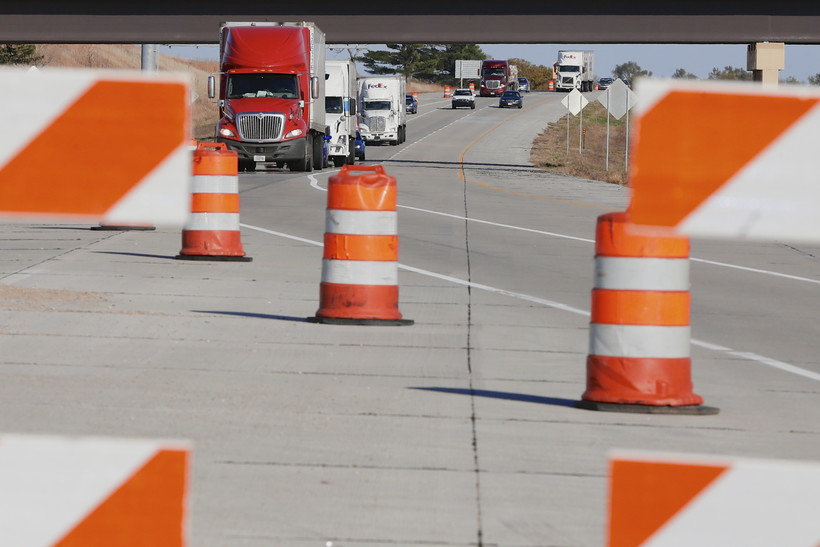 Proposal Is 1 Of Several Ideas To Boost Transportation Funding
By Abby Ivory-Ganja
Share:

A Republican proposal would create a per mile fee for heavy trucks in Wisconsin to boost transportation funding.

Rep. Amy Loudenbeck, R-Clinton, proposed the idea as an alternative to raising the gas tax or adding tolls to Wisconsin highways. The proposal is one of several ideas lawmakers are considering to prevent road project delays and growing debt in the transportation budget.

Neal Kedzie, president of the Wisconsin Motor Carriers Association, worries about what the per mile fee would mean for consumers.

"Charging companies by the amount of tonnage they distribute affects the bottom line to such a degree that the only way they can recoup that is by charging more for those goods and those services to the consumer," Kedzie said.

Instead of the per mile fee, Kedzie said his industry would support a modest gas tax increase of about 5 cents a gallon.

But Loudenbeck said the fee isn’t meant to create a competitive disadvantage.

"We’re trying to be fair so that this would apply to all vehicles traveling in Wisconsin, not just Wisconsin vehicles or Wisconsin companies," Loudenbeck said. "It’s everyone that drives on our road with a heavy truck."

Loudenbeck researched the fee after realizing increasing the gas tax was a "nonstarter" for some legislators. A lot of the details on the per mile fee proposal are up for discussion, including the weight classification of a heavy truck, she said.

Her proposal is modeled after a similar fee in Kentucky, which charges just under 3 cents per mile for heavy trucks, which weigh 60,000 pounds or more. Oregon, New Mexico and New York also have a per mile fee for heavy trucks. Oregon considers a heavy truck to be any vehicle weighing more than 26,000 pounds.

If Wisconsin adopted Kentucky's fee, which is 2.85 cents a mile, it would generate $250 million in two years for Wisconsin.