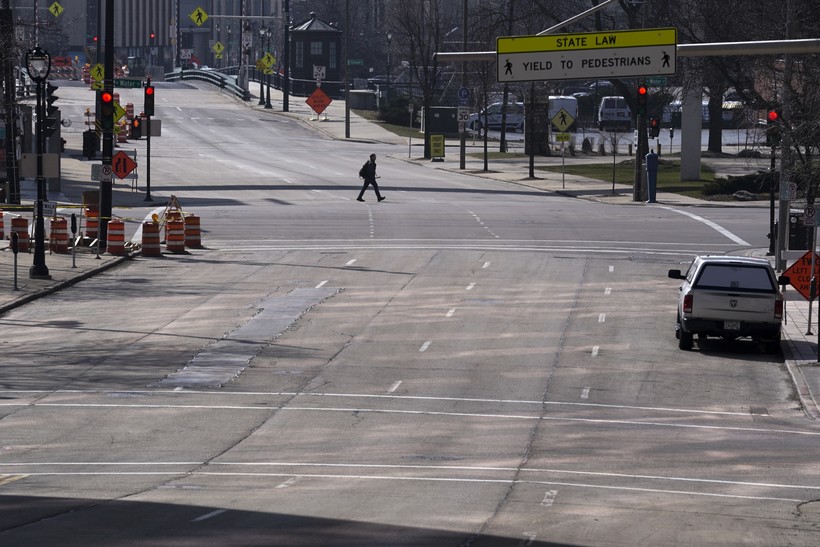 A group of Republican lawmakers is hoping to block local governments from using a relatively new approach to fund road maintenance through what are known as transportation utility fees. Proponents of the fees say they're one of few options to raise additional money to keep up with road repair costs while opponents say it's an attempt to extract more money from taxpayers.

In 2018, the Neenah City Council passed a resolution creating a transportation assessment replacement fee that charged residential property owners $23 per year. Neenah Mayor and former Republican state Rep. Dean Kaufert said the fee replaced special assessments, wherein homeowners covered a third of the cost of repairs on roads next to their property.

The new road funding source was estimated to bring in around $400,000 each year.

On Wednesday, Rep. Mark Born, R-Beaver Dam, and Sen. Duey Stroebel, R-Saukville, introduced bills that would punish local governments that enact transportation user fees by forcing them to lower the amount they can collect from property taxes by however much they raise from the new transportation fees.

A statement from Stroebel's office said lawmakers have worked to ensure a favorable tax climate and have increased local transportation aids in recent state budgets.

"A municipality must not be allowed to circumvent the popular levy limit law through the creation of a transportation utility to extract more money from taxpayers," Stroebel said. "The option of a referendum is always available if the people actually want higher taxes."

Kaufert said his hunch is the legislation isn't going anywhere. He said he has informed the authors that because Neenah's fee replaces another, it's not circumventing revenue limits. He said it's unclear if the bills would be retroactive and require his city to reduce how much it takes in from property taxes.

"But I can tell you one thing: The city of Neenah, we'll fight it," Kaufert said. "We'll ask the governor to veto it."

Even if the bills don't go anywhere, they're sending a message to local governments that transportation user fees are not supported by Republicans, who control the state Legislature.

League of Wisconsin Municipalities Deputy Executive Director Curt Witynski said transportation utility fees have been used in other states and have been discussed in Wisconsin before. But he said those discussions have gained steam in the past three or four years.

"Some communities are looking at all their numbers, looking at the condition of their roads, and saying, 'You know what? We need to come up with another revenue source,'" Witynski said.