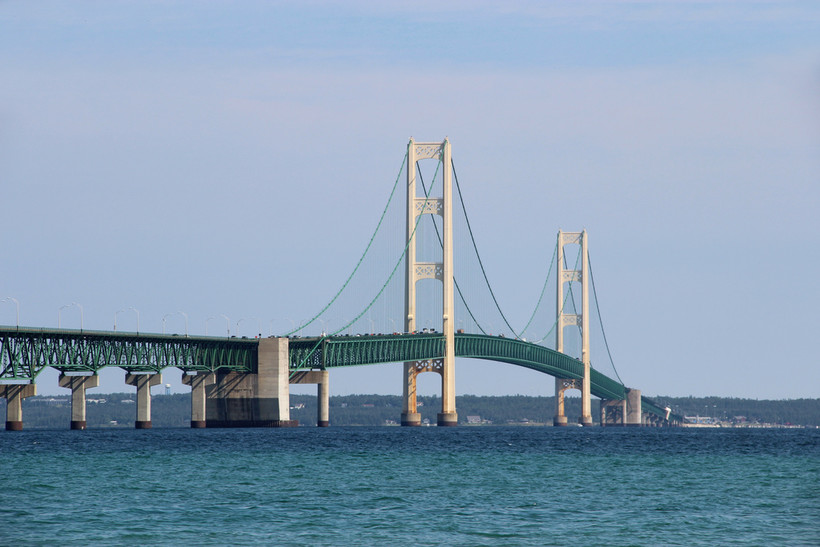 Report: Worst-Case Spill On Line 5 In Straits Of Mackinac Would Release 2.4M Gallons Of Oil

Total Potential Liability For Enbridge Would Be Close To $2B In Damages
By Danielle Kaeding
Share:

A new report details more than 2.4 million gallons of oil would be released into Lake Michigan and Lake Huron if a worst-case spill took place on Enbridge Energy's Line 5 in the Straits of Mackinac.

The single greatest distance of oiled shoreline in one worst-case spill scenario spanned west along the Lower Peninsula of Lake Michigan and Wisconsin, causing an estimated $1.37 billion in damage. The total liability for Enbridge in a worst-case spill could climb to nearly $2 billion when factoring in cleanup costs, lost income and other damages.

National Wildlife Federation spokesman Drew YoungDyke said the report illustrates the danger of having twin pipelines along the lake bed.

"There’s 60,000 acres of rare habitat for fish and wildlife that’s threatened and 47 species of concern," he said. "When you look at those numbers and that risk ... that is certainly too much to risk for the marginal benefit that anybody receives from Line 5."

"Enbridge operates our pipelines with multiple layers of safety in mind," the statement reads. "These layers include a 24-hour control center that constantly monitors all of our lines and can initiate a shutdown in minutes; automatic shut-off valves located on either side of the Straits that would minimize the amount of product that could be released; and well-trained local personnel with emergency response equipment who could be onsite quickly."

The company also pointed out there’s never been a release if oil on Line 5 in the Straits during its more than 60 years of operation. While Enbridge has not had an oil spill in the Straits, Wisconsin-based American Transmission Company reported electric cables were leaking mineral oil on the lake bed in April.

However, YoungDyke highlighted the 2010 release of 843,000 gallons of oil from an Enbridge pipeline into the Kalamazoo River near Marshall, Michigan. The spill on the company’s Line 6B has cost $1.2 billion to clean up.

"What we’ve seen with Enbridge is sometimes those low probabilities certainly come to pass," said YoungDyke. "That is something that we do not want to see come to pass on the Straits of Mackinac."

A worst-case release in the Straits could cover more than 400 miles of shoreline in oil on Lake Michigan and Lake Huron. In Wisconsin, oil on the coastline would extend as far as Sheboygan.

"Line 5 cannot remain in the Straits in its current form," said Keith Creagh, director of the Michigan Department of Natural Resources and co-chair of the state’s Pipeline Safety Advisory Board in a release. "This report highlights the need to continue developing a decommissioning strategy that protects the Great Lakes while at the same time maintaining the critical infrastructure between Michigan’s peninsulas that makes us one state."

Enbridge said it’s working with the state to enhance pipeline safety. Public comments will be accepted on the draft report in August and a final version will be issued in September. A decision on how Michigan officials plans to move forward with regards to Line 5 is expected in the fall.