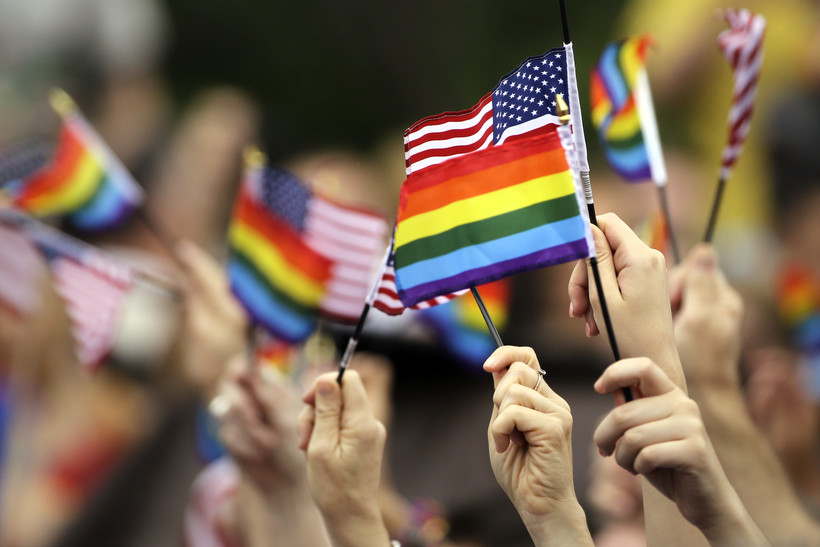 Wisconsin has made positive strides in its laws protecting the LGBTQ community, but there's still work to be done, according to a new report from the Human Rights Campaign.

For five years, the State Equality Index report has ranked all 50 states on how well their laws protect LGBTQ individuals. Wisconsin ranks about middle of the pack, according to Cathryn M Oakley, legislative counsel for state and municipal advocacy at the HRC.

"In the last several years, there's been a lot of focus on anti-LGBTQ legislation," Oakley said. "But I think really, the story ... this year is focusing on how many states are continuing to improve."

Judith Siers-Poisson: People may think now that the Supreme Court has legalized gay marriage that the LGBTQ fight is over. What are the areas of the law that advocates are still working to change?

Cathryn Oakley: Many different things. Marriage equality has been a wonderful thing. We're very grateful for it and truly, it is only the beginning of working toward full LGBTQ equality in many states across the country.

The State Equality Index has four categories that states could fall into based on their laws and policies.

JSP: So what are some of the things that Wisconsin has put in place that puts them ahead of some other states?

CO: One thing that Wisconsin does have are nondiscrimination laws in employment, housing, places of public accommodation, education, adoption and foster care.

And those are really important protections, but unfortunately they're only extended to people on the basis of sexual orientation, so lesbian, gay, bisexual folks. They do not explicitly include gender identity. So that means that transgender folks do not have those protections.

That is an absolutely glaring omission that without, Wisconsin is just not going to be able to move up.

JSP: Are there other issues Wisconsin would need in order to make it into those other categories?

CO: We look at all different kinds of laws — parenting laws, non-discrimination laws, hate crimes, criminal justice laws. We have laws that relate to use, including bullying laws, an area that Wisconsin certainly has some place to grow. And then also health and safety laws, ensuring that for example transgender people have adequate access to gender affirming care, medically necessary care that is just too often not available to transgender people. So lots of room to grow in all of these categories, but particularly in nondiscrimination laws, use laws and health and safety laws.

JSP: It seems that one of the reasons why you need to look at what is in place in different states is because there doesn't seem to be a comprehensive approach on the federal level. Tell us about any efforts to pass or at least introduce federal equality legislation.

CO: So currently, there are no explicit comprehensive civil rights protections for LGBTQ people at the federal level. The civil rights protections that we have do not explicitly include protections on the basis of sexual orientation and gender identity. And unfortunately, what that means is that in 30 states that don't have these nondiscrimination laws at the state level, LGBTQ people remain at risk of being fired, evicted or denied services because of who they are.

We are working on a critical piece of civil rights legislation called the Equality Act, which is a historic bill that would provide those consistent and explicit nondiscrimination protections for LGBTQ people across key areas of life, including employment, housing, credit, education, public spaces and services, federally funded programs and jury service.

JSP: What are the key elements that would change in states that don't have protections or have things that are detrimental to LGBTQ people?

CO: What that would mean is that for an LGBTQ person, when you cross state lines, you don't have to worry about your rights going away.

Now when we look at the map, because these protections are not explicit at the federal level, in some cases depending on circumstances, people will have causes of action at the federal level if they do experience discrimination on the basis of their sexual orientation, gender identity, but it's very fact specific and it is not necessarily consistent.

So, we really need to have those explicit protections in place to make sure that people know that those rights travel with.

How Wisconsin's LGBTQ Laws Compare To Other States 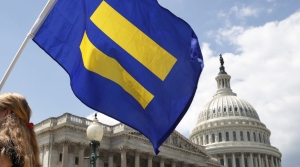 A national LGBTQ advocacy group is out with its annual index of state protections for the LGBTQ community. We talk about how Wisconsin ranked, and the changing legislative landscape nationwide.