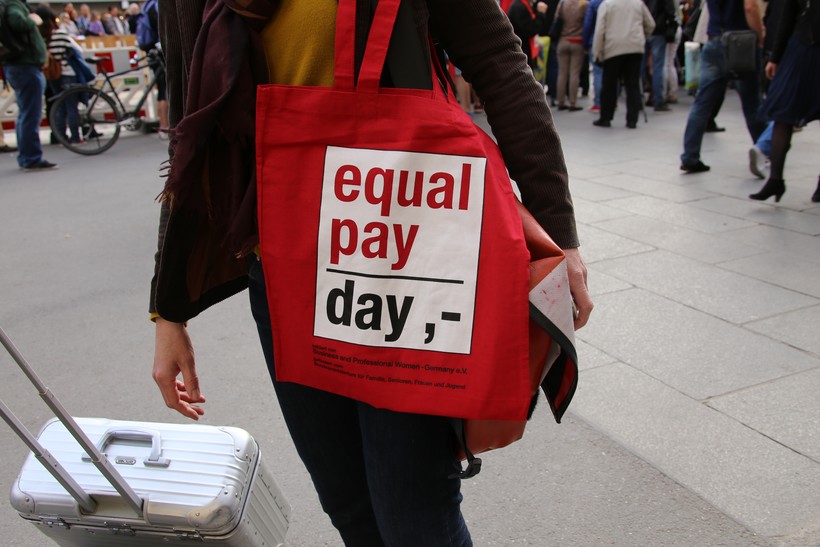 A study from the Wisconsin Policy Forum says that Milwaukee’s gender pay gap is narrowing, although as with the rest of the U.S., men still outearn women.

A collective of professional women's organizations in Milwaukee called the Women’s Leadership Collaborative commissioned the report, which came out last week. It found women working full time in Milwaukee County make about 85 percent of what men do on average. That’s better than in neighboring Waukesha County, where women’s earnings are 76 percent of men’s, and better than in the U.S. as a whole, where women earn 79 percent of what men do.

"It starts to temper the finding that the pay gap is smaller in Milwaukee County when you see that it’s partly driven by just lower wages in general, and specifically among men in Milwaukee County," said researcher Joe Peterangelo, who co-authored the report.

Researchers noted that a national study by the Economic Policy Institute found about 30 percent of the reduction in the gap between the median hourly wages of men and women since 1979 was due to the decline in men’s inflation-adjusted wages.

Nationally, the gender pay gap is even larger for nonwhite women. According to a fact sheet released by the National Partnership for Women and Families in March, black women are typically paid 62 cents for every dollar paid to white, non-Hispanic men; for Native American women, 57 cents; and Latinas just 54 cents.

Peterangelo said drilling down to the county-level data made it hard to break the results out even further by race, but the report did note the racial discrepancies within the gender pay gap at the national level. In addition, a CityLab study recently ranked Milwaukee as one of the worst cities for black women, based in part on its dead-last ranking for economic outcomes.

Though the data didn’t get into specifics, Emily Phillips, a financial adviser at Baird who has also been working with the Women’s Leadership Collaborative, said the report "confirmed our suspicion that white women have less ground to make up than women of color," and helped the group identify industries and areas they should target to reduce the pay gap across gender and racial lines.

For example, they found the vast majority of those employed in health care support and office and administrative support jobs were women. Both those fields have relatively low pay. Women made up only about 20 percent of jobs in architecture, engineering, computers and math, which are on the higher end of the pay scale.

There are differences within fields too, according to Peterangelo.

The Women’s Leadership Collaborative had planned to host in-person pay negotiation sessions to train 1,000 women to advocate for higher salaries, but that has been derailed by COVID-19. Dirks said they’re still working out how to adapt that plan, perhaps by doing it virtually.

Women also tend to spend more time on caregiving than men, a trend that’s been emphasized as the global COVID-19 pandemic has kept children home from school and often caused elderly or immunocompromised relatives to need more help with shopping, errands and other things that have been made riskier with the threat of disease.

Researcher Betsy Mueller said she’s been following the availability of childcare as one indicator of how COVID-19 could make it more difficult for parents to get back to work, or to keep working full-time.

The effects are already noticeable in some areas, like academic publishing, where editors are seeing submissions from men outstrip those from women.

Women have also borne the brunt of COVID-19 job losses.

Closer to the beginning of the pandemic, they looked at sectors that were hardest hit even before the state went into lockdown, and noted that women, people of color, younger people and lower-income people were more affected by those early closures and layoffs.

Phillips said she hopes the pandemic opens up companies’ ideas of how to measure productivity and work, in a way that allows for more flexibility for people who might have to watch kids at home on a sick day, or work remotely to accommodate an elderly parent’s doctor appointment.

"It’s a cultural shift — prior to COVID-19, there was less flexibility," she said. "If you have women who traditionally carry the caregiver role for the family, can get their work done and work remotely, as proven over the last three months, why would they have to take that time away from their jobs, interrupting their careers?"