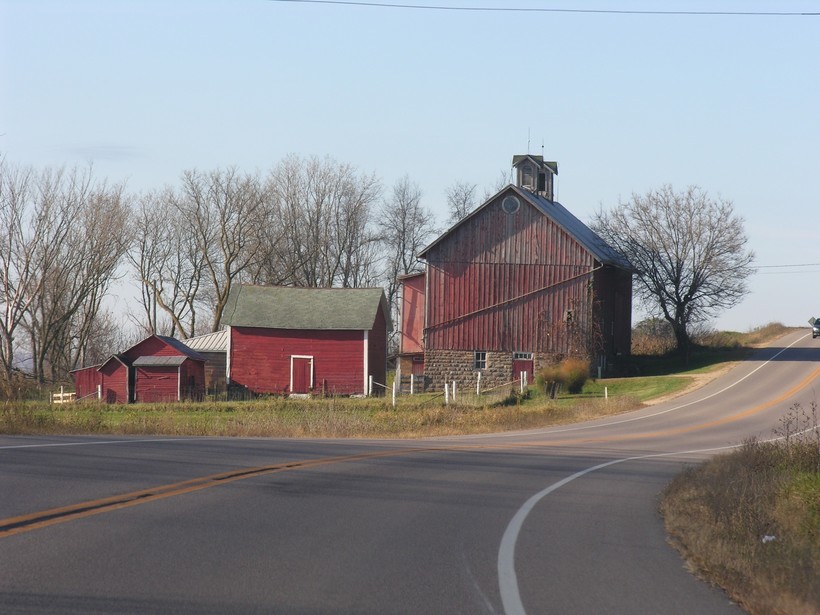 A limited workforce, gaps in rural broadband coverage and a lack of housing are among leading challenges facing rural Wisconsin, according to a new report issued by an affiliate of the state's largest business group.

While the COVID-19 pandemic has brought severe challenges, the report released by the Wisconsin Manufacturers and Commerce Foundation says rural Wisconsin may benefit from changes accelerated by the public health crisis.

The WMC Foundation hired an economic research firm and developed the report with input from around 145 leaders in the private, academic and government sectors. The report outlines five challenges facing rural Wisconsin that include a limited workforce, gaps in rural broadband coverage, lack of housing, access to affordable health care and stresses on manufacturing industries.

Wade Goodsell, executive director of the WMC Foundation, said many of the challenges are interconnected. Goodsell identified a limited available workforce as rural Wisconsin's leading challenge, highlighting that the national population grew at its slowest rate last year since World War I.

"Unfortunately, the experts are not predicting that COVID is going to lead to a baby boom. They're predicting that COVID and the pandemic could further reduce population growth," said Goodsell. "This is a national trend that has been hard. It's one that's been hard on Wisconsin. It's been amplified even further in rural parts of the state."

In Wisconsin, two-thirds of the state's rural counties lost population between 2010 and 2018, according to data from the research firm Forward Analytics. Wisconsin's rural population growth has lagged behind both the state and country.

Despite that, Goodsell and others say the pandemic may provide an opportunity for rural Wisconsin as the COVID-19 crisis has accelerated a trend of people moving away from large urban areas.

Steven Deller, a professor of agricultural and applied economics at the University of Wisconsin-Madison, agreed the COVID-19 pandemic has created an opportunity for rural Wisconsin.

"That opportunity is telecommuting, but you've got to have broadband before we can even start," said Deller.

While high-speed internet access is improving, nearly 23 percent, or 398,000 residents, in rural areas of the state lacked broadband coverage in 2018, according to the most recent data from the Federal Communications Commission.

The pandemic has highlighted the need for strong broadband coverage to facilitate telecommuting, remote learning and telemedicine, according to Chris Reader, WMC's senior director of workforce and employment policy. The group hopes the Legislature and Gov. Tony Evers will continue to support funding for broadband expansion grants through the state Public Service Commission.

The Wisconsin Broadband Office made $24 million available this year, which was part of $48 million in funding provided under Evers' first biennial budget.

"So that's something that we hope will continue in a bipartisan fashion," said Reader.

The challenges outlined by WMC are similar to those identified by Wisconsin Rural Partners, the state's nonpartisan rural development council. Sandy Decker, the group's president, said the digital divide, housing, health care and child care are common concerns among rural communities. She noted many communities have struggled to retain employees without child care and available housing.

"The tax incentives aren't right for the development of housing in some of these small communities," said Decker.

Deller agreed that the cost of materials is often too high for developers to justify building homes that appeal to young professionals and families while retirees remain in their homes due to a lack of alternatives.

WMC's report highlighted examples of zoning changes in Duluth, Minnesota and awards of free land that have encouraged housing development, as well as an initiative in Indiana that provides down payment assistance to home buyers to attract residents.

Reader also urged the state to adopt tax policies that support agriculture and manufacturing industries, as well as continue to support access to telehealth services.

The report comes as a commission created by Evers has been working to identify strategies to support rural communities. The commission is expected to report its findings and plan to the governor by the end of the year.