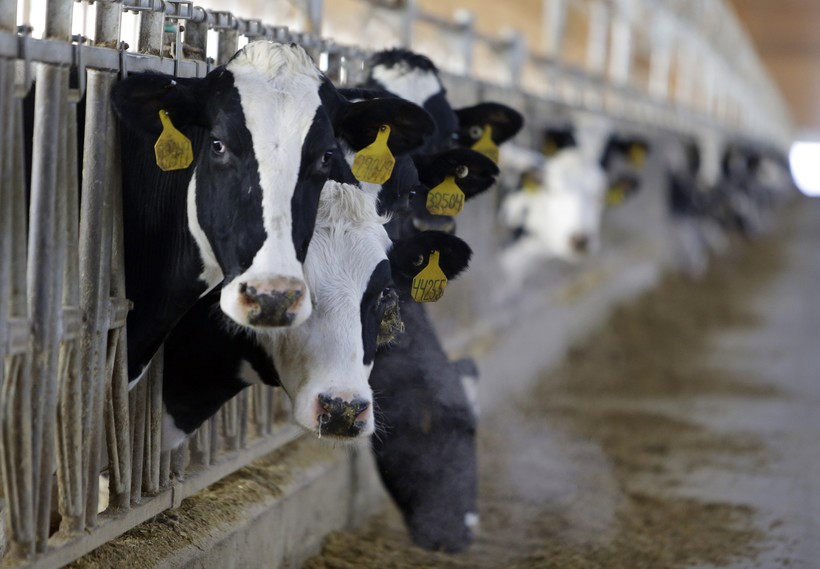 The number of Wisconsin farms filing for bankruptcy has more than doubled since milk prices fell in 2014, according to a new report from the Wisconsin Policy Forum.

The public policy think-tank used federal data to examine the relationship between milk prices and Chapter 12 bankruptcy filings, a bankruptcy code reserved for farmers and fishermen.

"The bankruptcy filings rose, with a certain lag, but they rose as the milk price fell in recent years," said Jason Stein, research director at the Wisconsin Policy Forum. "And I think in some ways that’s not surprising given what we know about the crisis on dairy farms, as well as how important dairy is to agriculture in general in Wisconsin."

Stein said 50 cases could seem small, especially when compared to the 68,500 farms in Wisconsin. But he said the rising number of farm bankruptcies suggests broader financial distress in the dairy industry that could be detrimental to the state’s economy.

"Dairy farms support not just their own jobs, not just the jobs of farmers who provide grain and other inputs for the dairy farms, they also support processing plants that make cheese, fluid milk, and other dairy products," Stein said. "One of the things that I’ve been struck by is that between 2000 and 2017, almost every segment of manufacturing in Wisconsin lost jobs, or most segments did. But dairy food processing is one of the few segments that actually added thousands of jobs over that period. So that just gives you a sense of why this matters whether or not you live in a rural area."

One factor that could be contributing to more farm bankruptcies is a decline in producers' income. The report found net farm income in Wisconsin fell 56 percent between 2011 and 2017. Combined with low milk prices, Stein said declining incomes could be forcing farms to take on more debt and even push some into bankruptcy.

"There's a broader question about sustainability of rural life in Wisconsin and other communities around the country. Anything like this that further adds to those problems I think is really worthy of consideration and concern on behalf of the public," Stein said.

With little sign of improving milk prices, state officials have been working to find ways to help dairy farmers. Former Gov. Scott Walker created the Dairy Task Force 2.0, assembling a group of farmers, processors and other industry leaders to recommend ways to support the dairy industry. Gov.Tony Evers recently applauded the group ahead of a March meeting, where members approved 49 recommendations.

The proposals include everything from increasing access to capital for farmers to researching consumer preferences and new dairy products.

But Stein said it’s unclear how much the state can help farmers.

"The challenge is that dairy prices are set by national and, really, international commodities markets," Stein said. "How do you respond, how do you help these businesses, these farms and still recognize the fact that the key problem lies outside the control of this state or any other one state?"

Stein said getting farmers to agree on federal changes to the dairy industry would be a challenge and any program meant to help farmers borrow money during hard times could ultimately lead to higher bankruptcy rates.