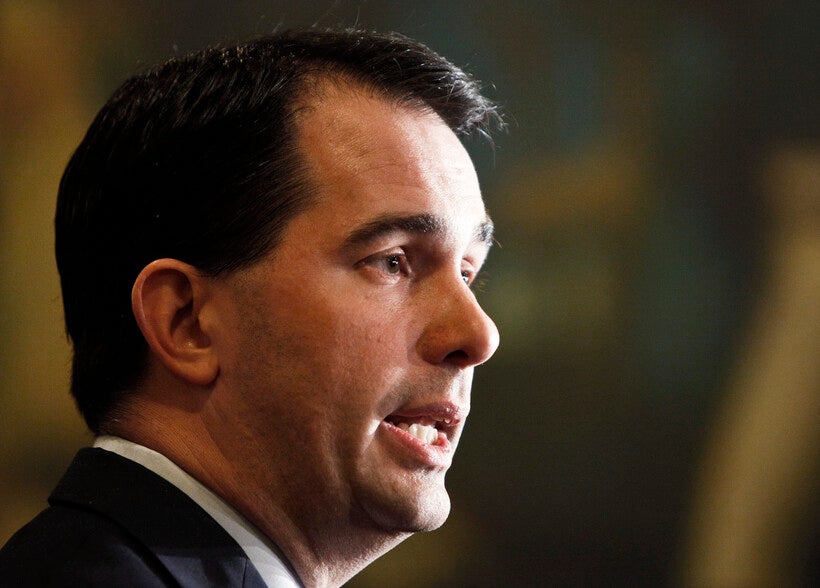 Gov. Scott Walker talks to the media at the State Capitol in Madison, Wis on Feb. 17, 2011. Andy Manis/AP Photo

Democratic Gov. Tony Evers defeated Walker in the 2018 election. But, more than a thousand people protested in Madison Friday over the Evers administration's extension of a stay-at-home order aimed at preventing the spread of the new coronavirus.

Although, he said people should be keeping a safe distance and wearing masks if they're taking part in rallies, noting disregard for safety would likely lead officials "to keep us locked in longer."

The former governor questioned why other businesses wouldn't be able to operate under the same guidelines as essential businesses. Walker said they should be able to show that they can reopen safely.

When asked whether the extension was a political move, Walker said, "I don't know if it's political as much as he doesn't know what to do."

A spokesperson for Gov. Evers didn't respond to a request for comment Sunday.

The former governor said the state should be making decisions based on the data, calling a recent surge in cases in Green Bay an anomaly. Walker also said state leaders could do a better job explaining steps that are being taken to curb the spread of COVID-19 and get the economy back on track.

Evers laid out the "Badger Bounce Back" plan for reopening the state economy in the last week, which would reopen businesses in several phases. The Democratic governor has said the state would need to see a 14-day decrease in new infections and positive tests before allowing restaurants, schools and child care centers to reopen with social distancing requirements.

Evers has said he hopes the state can reopen some businesses before the end of the safer-at-home extension, which runs through May 26.