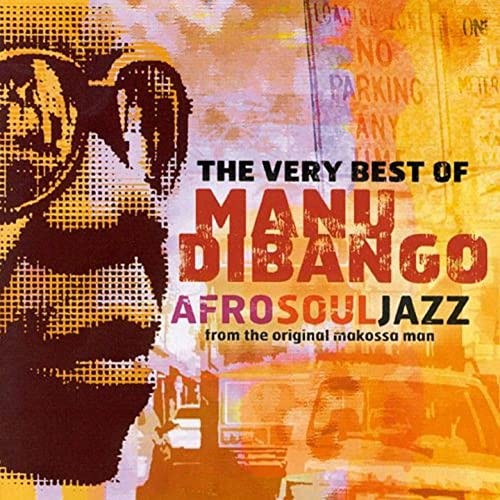 Early in the launch of my world music broadcast, I began adding Afro pop to the playlist starting with Manu Dibango, Cameroonian saxophonist and legendary figure in popular music across Africa and the U.S.  Tuesday, March 24, 2020 Djbango passed away from complications caused in part by the coronavirus (Covid-19). He was 86.

I remember well his 1972 hit "Soul Makossa" splashing across the airways on WNOV and on WAWA Radio stations in Milwaukee, Wisconsin.  The tune fashionable for party music everywhere has been sampled by a host of musicians including Michael Jackson.  Django had that 'look' - dark glasses, and a shaved head that was not so different from the imagery of the late soul singer Issac Hayes (minus the beard).

However, it was and is HIS iconic music, that stands alone and that will live on forever. 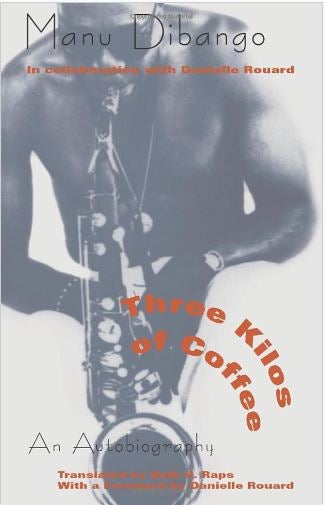 Popular African jazz saxophonist Dibango (Soul Makossa; Electric Africa) details his life in the musical sportlight, beginning with his 1948 emigration from Cameroon to France, at age 15. Young Dibango picked up jazz and blues music quickly-learning piano as well as saxophone-but lost his traditional family's approval when word got back to Cameroon of his success as a working musician. Despite his eventual climb to international fame, familial and tribal conflict haunted Dibango, who could not help but see himself as both African and European, a tension that was further exacerbated by his racially mixed marriage. That Dibango beat these formidable odds to make a career out of his music is a testament to his strong spirit, one which permeates this autobiography. If there is a failing, it is in the confusing number of bands, clubs, and performances referred to in the book's limited pages. "In music there's no past and no future, just the present," Dibango notes and that is how he has chosen to tell his life story. Twenty-three pages of personal photos and a discography complete the book.
Copyright 1994 Reed Business Information, Inc.

Dibango was born in 1933 in the port city of Douala, Cameroon, to parents from two antagonistic ethnic groups, which helps explain his lifelong blending of seemingly disparate musical styles. He was raised until age 15 according to traditional tribal custom but was then sent to a Paris boarding school, his first term paid for with three kilos of coffee. In school he was exposed to musicians such as Duke Ellington and Charlie Parker. Dibango's love of American jazz, combined with his multicultural background, enabled him to become one of the earliest exponents of world music. In 1973 his third album's title song, "Soul Makossa" reached the American top 40, making him one of the first African musicians to have an international hit, a success that led to an extended engagement at the Apollo Theater. Today, he remains an influential figure with a new album featuring not only an all-star African lineup but popular European artists such as Peter Gabriel and Sinead O'Connor. Dibango's staying power and influence recommend his autobiography for music collections in all libraries. Dan Bogey, Clearfield Cty. P.L. Federation, Curwensville, Pa.
Copyright 1994 Reed Business Information, Inc.