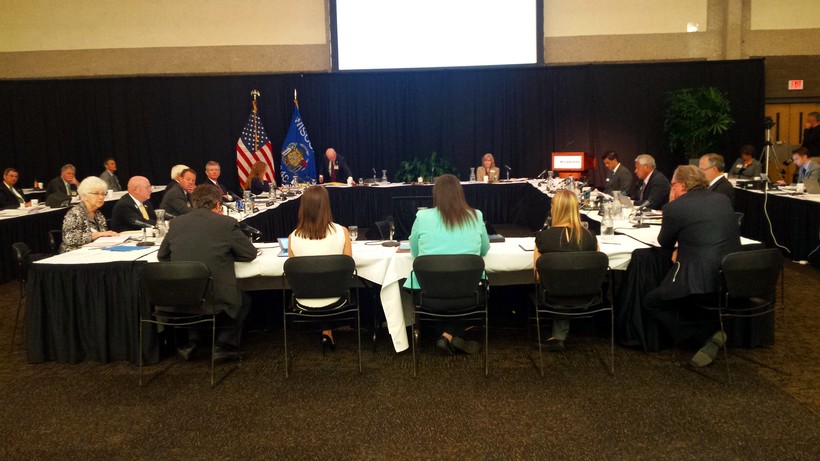 The Board of Regents meeting at UW-Milwaukee.

The University of Wisconsin System Board of Regents voted on Friday to add faculty tenure protections to its policies, as Wisconsin lawmakers consider eliminating similar protections from state statutes.

Legislators and Gov. Scott Walker seem ready to remove tenure protections from the law and give the regents more control over tenure policies. A budget plan that included such provisions was passed by the Joint Finance Committee a week ago.

However, after a lengthy debate during a committee meeting on Thursday, the full Board of Regents fairly quickly passed a resolution accepting tenure as board policy.

The resolution also says a tenure policy task force will look at provisions involving layoffs, and finish its work by next April.

A motion on Friday to ask lawmakers to strip the tenure change from the state budget was quickly tabled on a voice vote.