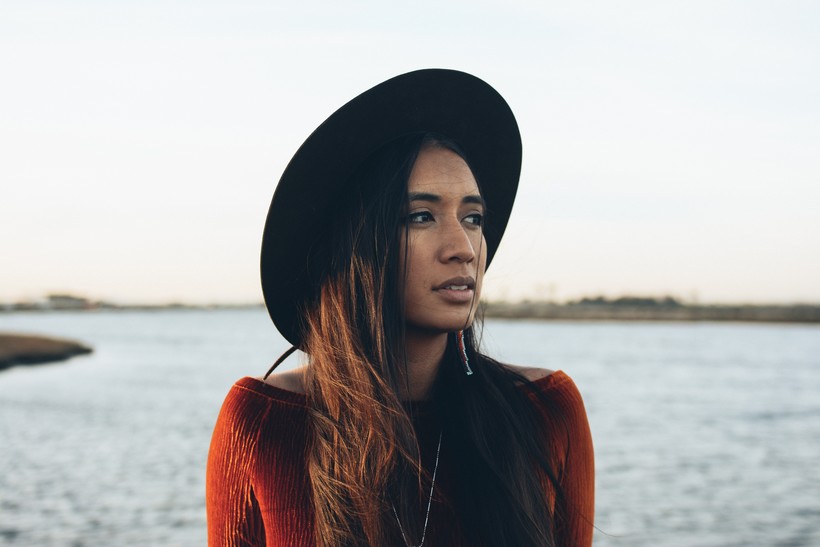 Raye Zaragoza Sings Her Story On 'Woman In Color'

The Musician Also Tells The Stories Of Other Women And Youth Of Color
By Dan Robinson
Share:

Raye Zaragoza named her 2020 album, "Woman in Color," because she saw it as "a coloring book, and every song was a like a little bit of me coloring in my story, of my past and my present and my future."

"Being a woman of color in America and someone of mixed race, I’ve always felt like identity is something that weighs on me very heavily and something that I really wanted to write about in this record," she said.

Zaragoza recently talked with me and shared some solo acoustic performances off her album. We’ve played the recording quite a bit on "Simply Folk," as the songs are beautiful and display a wide range of styles within the folk and Americana genres. More produced than some of her previous albums, "Woman in Color" has received a lot of praise from reviewers and play from radio stations across the country. (See the above link for the full interview and music performances.)

One of the cuts receiving the most airplay is "Fight Like a Girl." Zaragoza said she "really wanted to write a feminist anthem that centered women of color, because historically, women of color have been left out of the narrative of feminism in many ways. And the needs of women of color have not been put at the forefront."

Zaragoza started out acting as a teenager, when she had to deal with a lot of what she called "appearance pressure," adding, “As an actor, I felt like I had to fit into something they wanted for this part. And if I wasn’t it, then I was just worthless. I could never control being this perfect thing that they wanted, and dealing with that rejection was really hard."

Making music became her outlet, and even though the music industry is male dominated, she found her earlier struggles with her identity as a woman helped strengthen her.

"Because I had such a hard time as a kid, feeling so ashamed of my brown skin and feeling so much like I just wish I could look like all the women on television, I think I’ve used my music as a way to kind of rebel against that," she said. "I think that with music, I’m grateful that I’ve been able to find an empowering way that was different from how it was when I was growing up."

Zaragoza’s mother immigrated from Japan when she was three, but she’s also of Taiwanese ancestry, while Zaragoza’s father is both Mexican and Indigenous. That mix of heritages formed the basis for her outlook on life as well as her music.

"Both of my parents in their lives have felt kind of like fish out of water," she said. “My dad has taught me a lot about what it means to be a person of color and the challenges that it brings and also the beautiful things that it brings. And my mother being an immigrant who moved here with a stateless passport, where no country claimed her for their own, she had her own identity crisis. So, I really felt like I’ve inherited these interesting perspectives on American culture and American society through the eyes of my parents and their complex identities. So, I feel like a lot of my life I’ve been trying to make sense of it all."

She channels the work of making "sense of it all," into her music, communicating not only her own story as a woman of color, but the stories of others, as well. One example on the album is the song, "Red," a song she admitted she doesn’t perform that often, "because it’s a very heavy song."

The piece addresses the crisis of missing and murdered Indigenous women (MMIW) that has gained some public attention recently. Still, the problem persists. A 2018 study indicated that 4 out of 5 Indigenous women experience violence sometime in their lives, with over half experiencing sexual assault. Neither she nor any of her family members have experienced this kind of violence, but Zaragoza said the song strikes a deep chord in her.

"It’s one of those songs where every time I play it, I feel like I’m going to break into tears," she said. "I just really hope that these women, their stories, are going to get told. And hopefully this song is just a way to open people’s minds to learn more about missing and murdered Indigenous women."

Zaragoza’s music has been an avenue for her to reach out to youth of color and empower them, to let them know their stories are shared by others.

"I just wanted to write about that experience because I know that it’s more universal than we think, and that more people experience it than I thought when I was a kid," she said. "I think that whole life journey and that whole identity search for me has been a huge driving force of my music, because it’s been something that has weighed heavily on me and has brought me on this whole self-discovery journey that I’ve been processing through music."