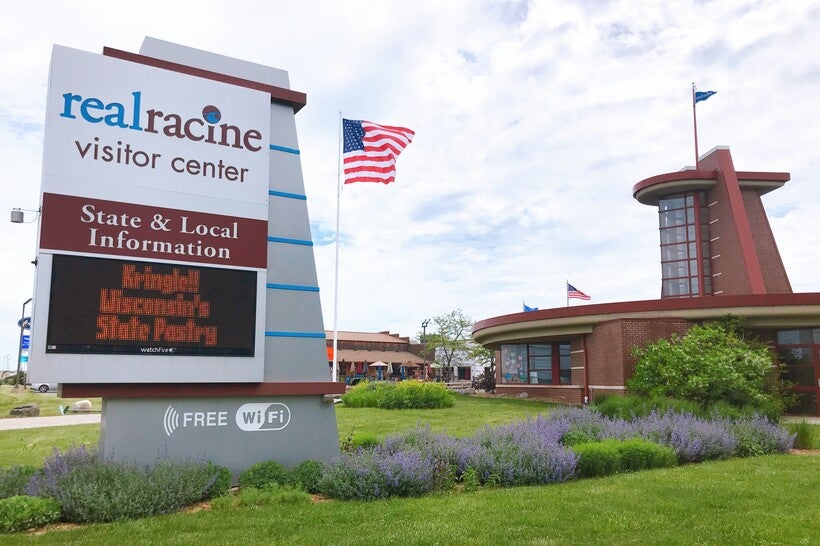 Mount Pleasant Not Renewing Its Contract With Real Racine
By Corrinne Hess
Share:

In a complaint filed last week in Racine County Circuit Court by Real Racine against Mount Pleasant and their tourism commission, Real Racine alleges it is owed room tax collected in January.

State law mandates that municipalities can only keep 30 percent of the revenue generated by their hotel room tax for their general fund. The remaining money has to be spent by a "tourism entity" promoting tourism.

Mount Pleasant has been a part of Real Racine since 1983. But their most recent two-year contract expired Dec. 31, 2020.

Dave Blank, CEO of Real Racine, said without a contract, the Mount Pleasant Tourism Commission can't use the money it generates.

"I’ve been involved with various room tax laws for more than 20 years, I know what the intent of the room tax law is," Blank said. "We’re confident we're interpreting what the room tax statue meant to say and how (the money) is meant to be spent."

Under state statue, a "tourism entity" is defined as a nonprofit organization that was created before 2015 and that spends at least 51 percent of its revenue on tourism promotion. Mount Pleasant formed its own tourism commission, but didn't do so until 2018.

On Dec. 7, the executive directors of Destinations Wisconsin and the Wisconsin Hotel and Lodging Association sent a letter to Mount Pleasant Tourism Commission members urging them to keep their contract with Real Racine in 2021.

"Travelers do not look at municipal boundaries when making their travel decisions," the letter said. "Diluting tourism promotion efforts and funding for the same destination as perceived by the traveling public will result in the area losing even more momentum brought on by the ramifications of COVID-19 in the extremely competitive tourism marketplace."

Blank said during a typical January, Mount Pleasant would make about $45,000 on its hotel room tax. But given the pandemic, Blank estimated the village made abut $30,000 to $35,000 in January.

During a February interview with WPR, Rob Richardson, who chairs Mount Pleasant's tourism commission, said the village brings in a total of $800,000 to $1 million annually from its hotel tax.

Real Racine has filed a temporary restraining order to block Mount Pleasant from spending the hotel room tax money it collected in January, including using the money to pay Anna Marie Smetana, a tourism coordinator and village communications employee.

A preliminary hearing will be held Thursday.

Blank said he didn’t want to file a lawsuit against the village, but he had no choice.

Of Racine County’s nearly 1,400 hotel rooms, Mount Pleasant has about 780 rooms. Mount Pleasant also makes up about 66 percent of Real Racine’s budget, so having a contract with the village is critical for Real Racine. Blank said his organization has gotten some small business grants related to the pandemic.

"They are a big piece of what we have to offer in Racine County, they have the hotel rooms," Blank said. "The city and other places have the attractions. And restaurants are scattered among all the municipalities. You need all those things to be a tourism destination."

Blank said he believes Mount Pleasant wants to keep its tourism funds for its planned convention center. The village’s tourism commission is planning the center near its village hall, about two miles east of Interstate-94 and five miles west of Lake Michigan, where the City of Racine is planning to build its own convention center.

Construction of the Mount Pleasant project is scheduled to begin in mid-2021, although there are few details yet on the project’s size or cost.