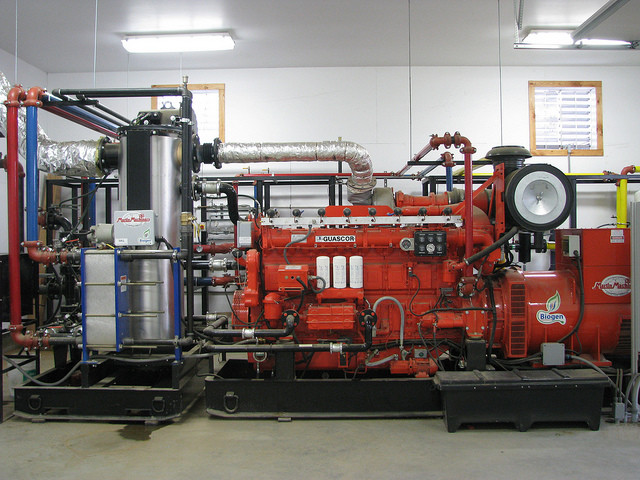 The Public Service Commission is directing state agencies to take another look at a roughly $66 million project that would convert manure into energy in Brown County. Company BC Organics asked state regulators to approve changes to the project and an extension on a deal to access millions in state funding.

The state approved $15 million through Focus on Energy two years ago to support a biodigester system that would capture gas produced by manure — methane — for renewable energy.

The proposed bio energy center was originally set to be located in the Town of Holland. However, the town board voted 2 to 1 against a conditional use permit for the project, forcing the company to choose another site. The company has since received a permit from the Town of Wrightstown.

Yet, the move changed aspects of the project, which will now require more manure for the system. Manure from around 29,000 cows and about a dozen dairy farms would be used to convert methane into renewable natural gas, which would be injected into a natural gas pipeline system. Financing for the project has also changed. WEC Energy Group, which owns We Energies, is no longer investing in the project. However, company officials say they have all the financing needed to fund the system.

PSC Chairperson Rebecca Valcq said the project should be reviewed by an interagency working group, which includes the state Department of Natural Resources and Wisconsin Department of Agriculture, Trade and Consumer Protection.

"I’m hopeful that the project will eventually be successful, but there’s been a number of changes," she said. "So, for me, I think it’s the most prudent to ask the interagency work group to re-score their proposal."

Commissioner Mike Huebsch agreed the project should be evaluated to ensure it still meets original goals, such as water treatment, nutrient management and renewable energy production.

"I think we owe it to those who are footing the bill for it — the ratepayers and the stakeholders or ratepayers and the taxpayers — to know that this is what we had originally intended and these changes are not going to drastically alter the project itself," he said.

However, Commissioner Ellen Nowak voiced concerns with delays regarding the project.

"This keeps getting delayed so just would keep the pressure on to get a report in by the end of the year, so then we could take it up maybe in early January," she said. "But, I think it meets the original intent. I think we’re fine."

"It’s intended to provide the farming community with another tool to help them with manure management — nutrient management, improve the overall sustainability of the ag community while protecting surface and groundwater resources," said Nemke.

Nemke said the project is now expected to collect more than 900,000 gallons daily from participating farms - up from around 780,000 gallons. The manure would otherwise be spread untreated on fields overlying the region’s fractured bedrock, which could potentially lead to groundwater contamination.

The project is expected to remove more than half a million pounds of phosphorus each year from the surrounding watershed and eliminate 88,000 tons of greenhouse gas emissions.

Tyler Huebner, executive director of RENEW Wisconsin, said the commission made the right call to review whether the revised project stacks up against the original proposals that were considered.

"There’s a potential for this to be an interesting model and to really help get a lot of manure off the land and process it appropriately to kill the pathogens and remove the harmful nutrients that we know have the potential to go into that groundwater system, especially with the topography they have up in that part of the state," said Huebner.

Rick Gerbers, zoning administrator for the Town of Wrightstown, said some community members voiced concerns about odor stemming from the project while others saw potential to address challenges with manure management in the farming community. He said town officials will be keeping a close eye on the project as it moves through the permitting process.

"The town wants to make sure that the town’s residents know that we’re doing our jobs and making sure that BC Organics is following what we put for conditions," he said.

The commission asked the interagency working group to review the project by the end of December. BC Organics hopes to begin construction in 2020 and have the system running by spring 2021.