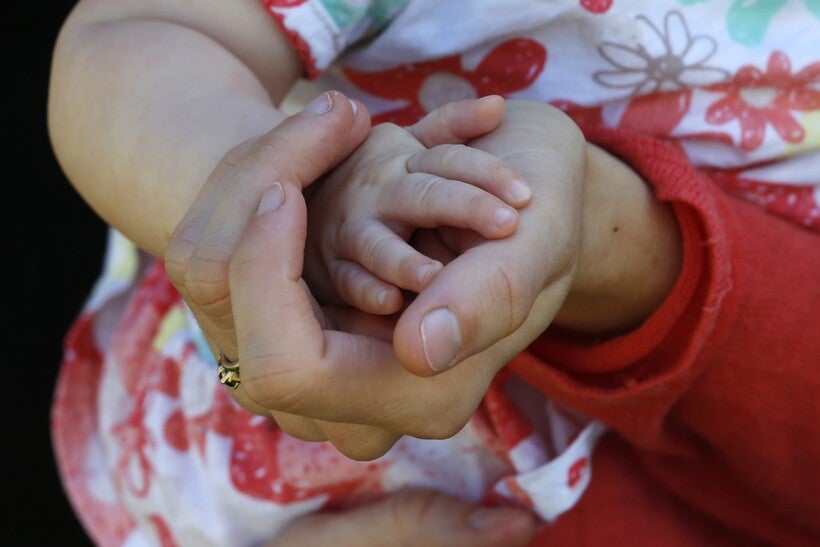 As parents struggle to find child care and providers try to stay afloat, the city of Superior is offering $200,000 to help set up, expand or relocate licensed child care providers through grants and forgivable loans.

The money is part of $17 million the city is receiving in federal COVID-19 relief funding through the American Rescue Plan. On Tuesday, the Superior City Council approved setting aside the money to address child care access.

The idea was proposed while one provider is facing eviction — placing 11 families at risk of losing care — and has been drafted in the last several weeks.

"Child care is a clearly defined barrier to workforce participation and child care spaces have demonstrably fallen over the last decade," said Van Sickle, who brought the proposal to the council.

The state has lost more than 16,000 child care slots in the last decade, according to the Annie E. Casey Foundation. Douglas County, where Superior is located, has lost 387 child care slots since 2012. State officials note that data doesn’t include all regulated child care settings.

Van Sickle said wages for child care workers are a major barrier for recruiting and retaining employees — a problem that’s made worse by a nationwide labor shortage.

The child care industry pays its workers less than $27,000 a year on average, but heavily regulated providers have to charge parents enough money to cover costs. Infant care for one child accounts for 18.5 percent of a Wisconsin family’s median income, according to the liberal Economic Policy Institute.

Other communities in Wisconsin have expressed interest in funding child care access, including Wausau and Eau Claire. Wausau Mayor Katie Rosenberg said Marathon County has lost more than half its providers, and the city is exploring ways to improve access as an employer and working with other institutions.

"We need to work together to solve this problem for shared constituents because it's something that people are asking for, and they need help," said Rosenberg.

Cameron Campbell thinks the money Superior is offering is greatly needed. He and his wife co-own Cindy Campbell’s Day Care, a licensed family child care provider in the city. He said they’ve received many calls from parents with children under 2 years old seeking care, but they’re limited to two infants under licensing requirements.

Since the onset of the pandemic, they’ve had a few families where parents have either lost jobs or left the area without paying for care. They’re also watching kids at a reduced rate for one family with a parent out of work.

"We've told them if there's another parent out there that needs day care, I'm sorry, that we're going to have to use those spots," Campbell said. "We need to run and make money, or we don't have a business."

The coronavirus pandemic has only made it more difficult to operate, and the number of family providers was declining before the pandemic began. One analysis found that from 2005 to 2019 licensed family child care capacity decreased by more than 15,000 slots statewide, mostly in rural areas, while licensed group settings grew by 13,000 slots for children under age 5 during the same period.

The Solon Springs School District, about a half hour drive south from Superior, just opened Eagle’s Nest Child Care Center for 33 kids in January. Alana Hill, the center’s director, said some parents were previously driving to Superior for child care.

"That means their kids are waking up at four o'clock in the morning to be able to get to a center because parents have to work by a certain time," Hill said.

She said other families came to them because they couldn’t find child care for their infants.

At the end of January, figures provided by the Wisconsin Department of Children and Families show overall child care slots increased from 249,970 to 261,552 since the onset of the pandemic in March 2020.

"We, technically on paper, have more capacity today than we had before the pandemic, but I would say that shift has really moved the available child care slots to more populous areas, and it really leaves rural areas with that lack of child care," DCF Secretary Emilie Amundson said.

She said more than half the zip codes in the state qualify as child care deserts, adding that the northern and western regions of Wisconsin are among the most affected. Wisconsin has around 400,000 children under age 5, but not all kids may require licensed care.

The state had 4,405 child care providers at the end of January, according to the agency. That number has recovered from a low of 2,700 providers in April 2020. Overall, the number of licensed facilities has declined 2.3 percent, or by 106 providers, since the onset of the pandemic.

DCF has been trying to reduce permanent or temporary closures with more than $238 million in COVID-19 relief funding it’s provided through its Child Care Counts programs.

The state also recently began offering monthly stabilization payments to providers to help them maintain high-quality care and recruit workers by increasing compensation through $351 million made available until 2023 through the federal COVID-19 relief funding.

Campbell said they’re receiving those payments and hopes the city’s funding will help providers even more.

The city plans to disburse money similar to its small business grant program. Van Sickle said the goal is to be flexible to providers’ needs to help create child care spaces, as well as connect them to state and local resources to meet the need.