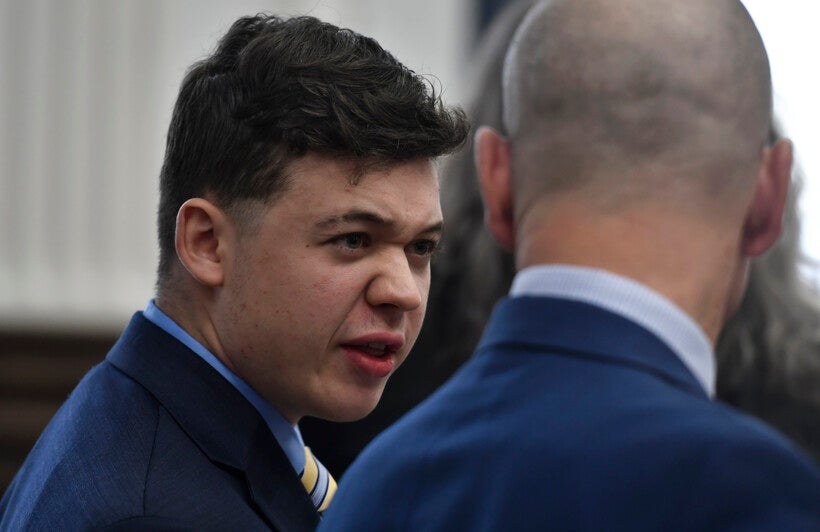 Kyle Rittenhouse talks with his attorney Corey Chirafisi before a break during his trial at the Kenosha County Courthouse in Kenosha, Wis., on Wednesday, Nov. 3 2021. Rittenhouse is accused of killing two people and wounding a third during a protest over police brutality in Kenosha, last year. Sean Krajacic/The Kenosha News via AP Photos

If convicted, Rittenhouse could spend the rest of his life in prison
By Corrinne Hess
Share:

Cell phone videos of Kyle Rittenhouse shooting three men and killing two of them during chaotic street protests in Kenosha last summer captured national attention. On Wednesday, prosecutors in Rittenhouse's homicide trial showed jurors dozens of those same videos while the lead investigator in the case took the stand.

Kenosha Police Detective Martin Howard walked the jury through several recordings from the night of Aug. 25, 2020, in graphic detail, including one showing Joseph Rosenbaum, 36, being shot and dying on the street as fellow protesters leaned over his body, simultaneously screaming and videotaping the events with their cell phones.

Rittenhouse hung his head and stared at the table while video of Rosenbaum played. Jurors watched uncomfortably, shifting in their chairs.

Rittenhouse, 18, faces multiple felony charges of homicide and recklessly endangering the safety of others, along with one misdemeanor count of possession of a dangerous weapon by a minor. He was 17 at the time of the shootings. If convicted, Rittenhouse could get life in prison. 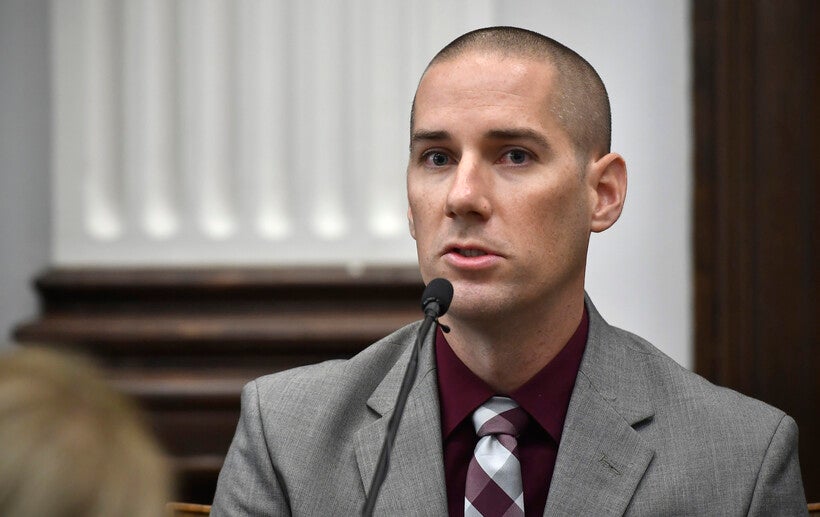 During his time on the stand as a witness for the prosecution, Howard recounted the events leading up to the shootings and their aftermath based on his investigation of the case.

Rittenhouse traveled across the border from Illinois in response to a social-media call from a Kenosha-based militia group saying it hoped to protect businesses from protesters, according to Howard. In the days beforehand, demonstrations over the recent police shooting of Jacob Blake, a Black man who was left paralyzed, had turned destructive, with cars and buildings torched.

Rittenhouse arrived in Kenosha on the third day of protests. In one video, jurors saw Wednesday from early on the night of the shooting, Rittenhouse is seen holding an AR-15-style rifle and a medical bag, telling Daily Caller reporter Richie McGinniss it's his job to protect businesses and help people.

"We're running medical" he told McGinniss. "We're going in and getting people and will provide medical attention to people who need it."

A major argument from Rittenhouse's defense is expected to be that he acted in self-defense in a chaotic situation when he killed Rosenbaum and Anthony Huber, 26, and wounded Gaige Grosskreutz.

Howard, the investigator, recounted to jurors how he was later called to Car Source at 63rd Street and Sheridan Road at 12:30 a.m. Aug. 26, the business Rittenhouse was protecting and where Rittenhouse shot Rosenbaum four times.

Other video presented to jurors from after Rosenbaum's death shows Rittenhouse running north on Sheridan Road near downtown Kenosha. A crowd chased him, screaming "stop him." Moments later, there are two more gun shots and then several more.

During cross-examination, defense attorney Mark Richards pressed Howard about the Kenosha Police Department's lack of response during protests following the Blake shooting, which led to looting.

"We had to prioritize," Howard said. "We were not responding to property damage."

The trial is expected to last about two weeks, according to the court. It began Monday with jury selection when 11 women and nine men were chosen to serve.

Gaige Grosskreutz, the man Rittenhouse shot and wounded, is expected to testify this week.