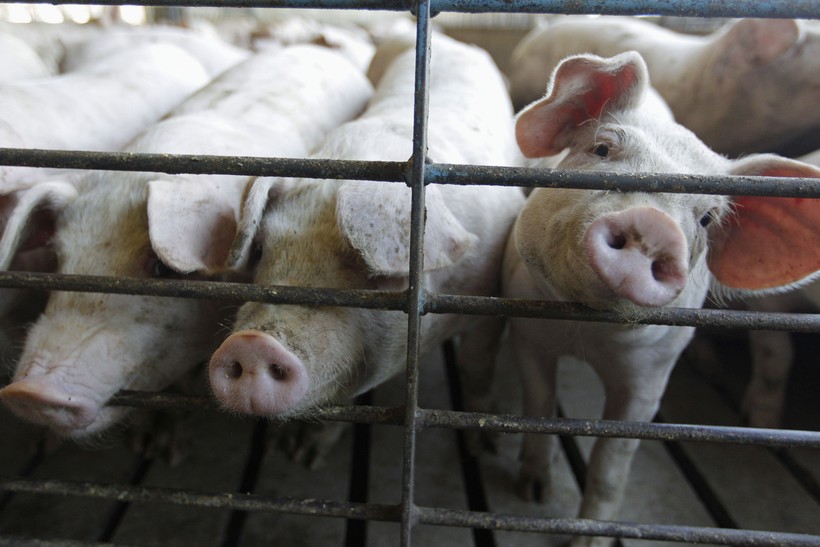 An Iowa outfit is planning to build a $20 million large-scale farm for more than 26,000 hogs in northern Wisconsin.

The concentrated animal feeding operation (CAFO) would be located in the town of Trade Lake in Burnett County near a state wildlife area and tributary of the St. Croix River.

Iowa-based Suidae Health and Production, a veterinary clinic that consults on production, is working with Thorp farmer Jeffrey Sauer to manage the proposed farm owned and operated by Cumberland, LLC.

A preliminary application with the Wisconsin Department of Natural Resources was filed March 15.

Cumberland, LLC would begin operations with 3,750 sows, 9,390 pigs and 50 boars. The farm would then possibly double that amount within the first five years, said Sauer.

The operation would become the largest hog farm permitted to date in northern Wisconsin.

The state hasn’t received any correspondence on a similar proposal by Iowa-based Reicks View Farms in more than two years. Sauer also worked with Reicks View Farms to sign leases with farmers as part of its proposed Badgerwood farm in the town of Eileen several miles from the Chequamegon Bay of Lake Superior.

Sauer said they chose Burnett County after surveying communities with large disparities in grain prices that may benefit from an operation that could utilize crops for feed.

Prices for corn at the Burnett Dairy Cooperative are less than $3 per bushel.

Erik Melin grows corn and soybeans and raises beef cattle on his 250-acre farm in the county. He’s also taking over his father’s roughly 2,000 acres of land also in the county. The Cumberland farm is buying about 35 acres from the Melin family to house three barns for its operations. Melin said he plans to spread manure from the hog farm on roughly 1,000 acres of the family’s land surrounding Melin's farm in Trade Lake.

"Once we’re able to start buying manure from it, it will make our farm more sustainable and more profitable because farming isn’t very profitable right now," said Melin. "We’re excited for it."

Melin said the hog manure will be better for the soil than commercial fertilizer, adding the potential for runoff will be reduced because of the hog farm’s plans to inject it in the ground. Burnett County conservationist Dave Ferris noted most of the county has fairly sandy soil.

"But, where they’re proposing their operation is a heavier silt loam soil," said Ferris. "So, it’s a little bit tighter than most of the sand."

The farm would produce at least 6.8 million gallons of manure per year, according to documents filed with the state.

Sauer said their plans include housing manure storage pits below farrowing, gestation and gilt barns that would provide anywhere from 14 to 18 months of storage. In addition, he said they plan to use odor control technology to limit the smell of the operation.

Around 150 residents turned out for a town meeting last week to hear about the project, according to Trade Lake resident Frederick Painter. The retired attorney said people are "scared to death" for their wells, and they’re concerned about what the state has the ability to regulate with the operation.

"They do not control anything about odor, flies, traffic, land devaluation, which is a huge part of this," Painter said. "The county’s going to lose a big chunk of tax base theoretically, and they’ve had no say in the siting of this thing."

Painter would like to see the town and county follow Bayfield County’s lead and place a one-year moratorium on new large-scale farms. However, he voiced concern over a potential lawsuit from the proposed hog farm should officials pursue a moratorium.

"I think that they’re going to actually have to go to the DNR and protest long and loud and explain that this is a lakes region. This is a tourist region," Painter said.

Painter noted the proposed operation is several miles from the Fish Lake Wildlife Area that spans 14,000 acres in Burnett County. It’s also nearby several lakes and the Trade River, which is a tributary of the St. Croix River. 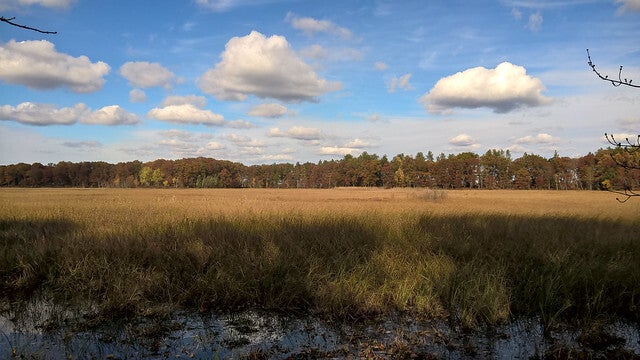 Retired physician Dr. Richard Huset, a resident in the nearby town of Atlas, said he was concerned about the use of antibiotics in farming as concerns have grown over the rise of "superbugs" or antibiotic-resistant bacteria.

"I’m concerned that this hog farm not throw unnecessary antibiotics into the feed, into the water, into the environment," Huset said.

Sauer said Burnett County is considered a "negative area" that’s free of any other large-scale hog production, which would only improve the health of the animals. He thinks people are afraid of the unknown and the number of hogs proposed for the Cumberland farm.

However, he said, Wisconsin’s struggling dairy industry tells a different story as the number of Wisconsin dairy farms has been roughly cut in half since 2004. The state has lost 751 dairy farms since April of last year, according to national data.

"I love Trade Lake just as much as anybody else that’s worried about it," said Melin, the farmer. "I don’t want to ruin it for myself or anybody else."

Yet, Atlas resident Huset said he’s thankful to be miles away from the site of the proposed farm.

"It’s just not going to work out too well for a lot of people," he said.

The state currently has 14 permitted hog CAFOs statewide, according to the DNR. Wisconsin had around 325,000 hogs as of December last year, according to national agriculture statistics.

The DNR said the Cumberland farm still has to submit a final application with a five-year nutrient management plan, engineering designs and an environmental analysis questionnaire.