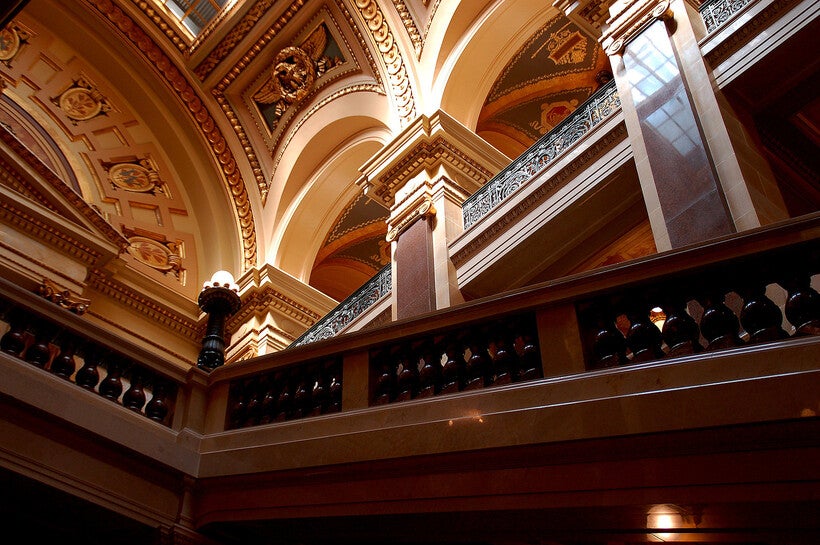 Proposal Would Increase Penalties For Assaults On Wisconsin Nurses

Group Says 1 In 4 Nurses Have Been Assaulted On The Job
By Laurel White
Share:

Assaulting a nurse in Wisconsin would be elevated from a misdemeanor to a felony under a proposal debated Wednesday at the state Capitol.

Under current law, anyone found guilty of intentionally hurting a nurse is charged with a Class A misdemeanor. Penalties for that crime are a fine of up to $10,000 or up to nine months in jail.

The proposed change would elevate the crime to a Class H felony, which is punishable by a fine of up to $10,000 and up to six years in prison.

The state already extends that elevated penalty to individuals in certain professions, including firefighters and jurors.

Several groups, including the Wisconsin Nurses Association, support the proposal.

During a committee hearing Wednesday at the Capitol, Gina Dennik-Champion, director of the Wisconsin Nurses Association, said a number of nurses are assaulted on the job, but often don’t report the crime.

"Because they’re not talking about it, we call it the silent epidemic," Dennik-Champion said.

According to the American Nurses Association, 1 in 4 nurses have been attacked at their workplace and between 20 and 60 percent of those assaults are reported to law enforcement.

Dennik-Champion said increasing the penalty would send a message to nurses that they should report the crime.

"I think this bill will say this doesn’t have to be part of your job," she said.

The measure is sponsored by Sen. Dale Kooyenga, R-Brookfield, and Rep. Gae Magnafici, R-Dresser. It has a bipartisan group of co-sponsors.

Magnafici, who worked as a registered nurse (RN) for 35 years, said many nurses experience unstable situations, including conflicts between family members and outbursts from patients under the influence of drugs or alcohol.

"It often felt as though my colleagues and I were walking on eggshells," she said.

Magnafici said she hopes the change will also help Wisconsin address a worker shortage in nursing.

"The public must know that our state stands behind its nurses," she said.

Some groups also raised concerns about the plan, including the Alzheimer’s Association, National Alliance on Mental Illness and Disability Rights Wisconsin.

Those organizations have raised concerns about the possibility of someone experiencing a mental health crisis or an individual with dementia or a developmental disability being unfairly charged with a felony.

Tami Jackson of the Wisconsin Board for People with Developmental Disabilities said some individuals may be violent without intending to harm someone.

The sponsors of the bill said they would be willing to amend the proposal to protect those populations from being unfairly charged.

In addition to crimes against RNs, the new penalty would also apply to crimes committed against a licensed practical nurse (LPN) or an individual working under the supervision of an RN or LPN.

The proposal has yet to be voted on in an Assembly or Senate committee.