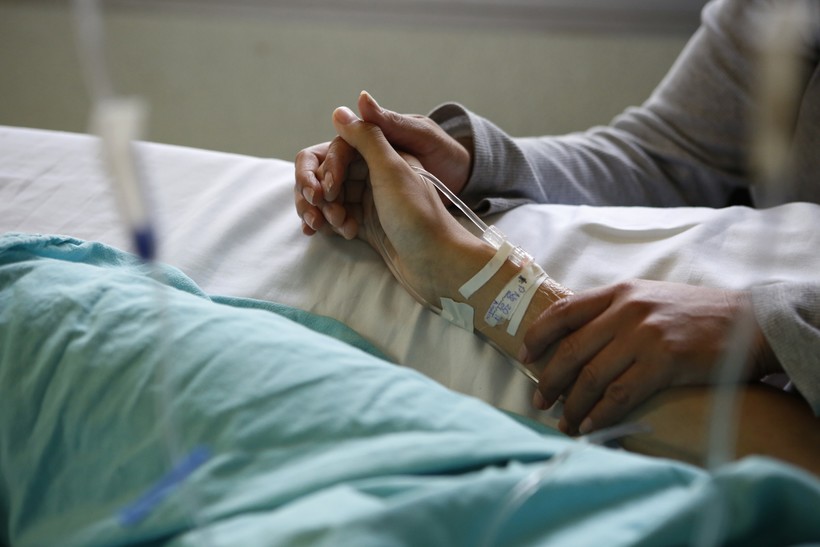 Some nursing homes in Wisconsin are closing or losing money due to challenges covering costs and a shortage of workers. Providers and counties say the state's low Medicaid reimbursement rate is largely to blame.

As a result, advocates for the state's nursing facilities are asking state lawmakers to invest $83.3 million in the next two-year budget.

Owners of the Bethel Center nursing home in Arpin, located about 20 minutes from Marshfield, announced they would be closing the facility's doors in January after years of financial losses, according to executive director Rhonda Kozik. The facility, owned by Providence Health Group out of Tennessee, typically provided care for around 40 patients in the 111-bed nursing home serving rural residents in central Wisconsin. She said Medicaid reimbursement rates have been a challenge for the skilled nursing facility over the years.

"The reimbursement rates simply don't cover our costs and the ability of facilities to cost-shift to other payers like Medicare and private pay has become more and more limited every year," she said.

Kozik said the nursing home is transferring its remaining 28 residents to other facilities in the region, but she said they can only take a few at a time.

"Because they don't have the staff to care for them," she said. "While they have empty beds and they can go to other facilities, they struggle with having the staff just as much as anyone else."

A 2018 report found the state's roughly 400 nursing homes have around 16,500 vacant caregiver positions at long-term care facilities. Providers said one factor is their inability to raise wages to compete with other employers due to the state's low reimbursement rates.

Since 2016, there have been 27 skilled nursing facilities that have closed, according to John Vander Meer, president and CEO for the Wisconsin Health Care Association and Wisconsin Center for Assisted Living.

"That includes eight facilities that have announced already this year," said Vander Meer.

He said Wisconsin had the second-highest losses for Medicaid reimbursement of 28 states that took part in a 2018 report compiled for the American Health Care Association this past November.

"Skilled nursing facilities lose over $70 per day for every Medicaid resident that they serve," he said.

The estimate of losses facilities sustain are based on cost reports audited by the Wisconsin Department of Health Services, said Vander Meer.

The American Health Care Association found Wisconsin facilities lost $63.71 per day to care for Medicaid residents based on the projected cost of care in 2017, noting that actual shortfalls would likely be higher.

LeadingAge Wisconsin, which represents skilled nursing and assisted living facilities for the elderly and disabled, reported an average loss statewide of $78.58 per day per Medicaid resident from 2017 to 2018.

"There's not a feeling of confidence and sustainability. We're worried," said Silbert. "I think we can keep going initially, but if it keeps getting worse we could lose our nursing home. It is possible. It is not imminently likely, but that's my long-term fear."

Last year, the county refinanced its loan for the facility in order to lower lease payments for the nonprofit nursing home. Silbert said the county would like to see an increase in Medicaid reimbursement as the region contends with changing demographics.

"The younger populations, 18 to 64, is decreasing in our area so we have an increasing need for skilled nursing services or elderly services in general with a decreasing workforce to provide that care," said Silbert. "Sometimes we lose people because they'll go to a convenience store or make money in that fashion rather than a dedicated nursing job. If we were able to get full Medicaid reimbursement for what it actually costs, we could pay staff more and it would be a better situation all the way around."

Suzanna Waters Castillo, a distinguished faculty associate with the continuing studies division at the University of Wisconsin-Madison, who specializes in aging and long-term care. She noted rural areas like those in northern Wisconsin sometimes struggle with brain drain and poverty, which might exacerbate issues facing nursing facilities.

"There are less resources in those areas and that means less people to work in facilities. Over the decades, there has been a shortage of direct-care workers in nursing facilities," she said. "Facilities salaries for people like that and benefits often don't meet other low-paying jobs salary base."

She noted the level of care people might require can also be a factor that complicates care and a facility's expenses.

"It becomes more expensive for facilities to care for people who are in more advanced age with more complex, chronic conditions," she said.

She also added regulatory requirements might impact facilities and their ability to remain open. Medicaid reimbursements for the Bethel Center nursing home in Arpin did fall around $1 million short of covering costs from 2017 to 2018. However, the facility was also issued 10 federal citations in August last year due to issues that include staff failing to notify physicians of changes in a resident's condition and developing comprehensive care plans. The state placed the facility on a corrective plan, and it's unclear whether the citations played a role in the nursing home's closure.

There has been some movement to address the challenges facing nursing homes statewide. In response to a shortage of nurse aides, DHS launched the WisCare Caregiver Career Program to add around 3,000 nurse aides in an effort to attract and retain more nursing home caregivers. Vander Meer said around 6,000 students have registered for the program so far. He also added that lawmakers included a 2-percent increase in Medicaid reimbursement rates for nursing homes.

Vander Meer said it's a step in the right direction, but he cautioned the challenges facing Wisconsin's long-term care facilities won't be addressed in one budget.

"We need to continue to maintain vigilance in terms of ensuring there's adequate funding to the provider community to meet the challenging needs of Wisconsin's aging population," he said.