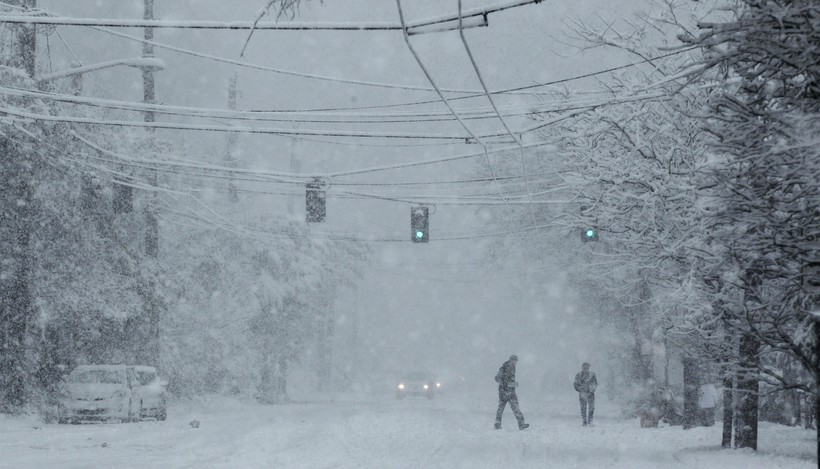 A strong winter storm capable of dumping 8 to 12 inches of snow on northern Wisconsin could create "very hazardous" travel conditions for Thanksgiving travelers Tuesday evening and Wednesday morning, according to the National Weather Service.

A winter storm watch has been issued for most of Wisconsin north of a line running from La Crosse to Wausau to near Iron Mountain.

The storm will affect all of Wisconsin and will bring a mixed bag of conditions, Logan Lee, a weather service meteorologist based in La Crosse, said.

"It looks like late Tuesday afternoon or Tuesday evening we’ll start having a storm system (that) will be moving up into the area," said Lee. "And that will start spreading in some wintery precipitation, mainly snow for the northern parts of the state but also rain across the south."

Lee said the storm track could still change but it appears the northern parts of Wisconsin could see significant snowfall.

"Some locations could see 6 inches or more of snow with that, and there’ll also be some gusty winds with that storm system," said Lee. "So, the potential is there for some hazardous travel Tuesday night into Wednesday."

According to the statewide forecast from the weather service, cities like Hayward, Ashland, Eau Claire and Rhinelander could get totals of between 8 and 12 inches of snow.

"Traveling on Wednesday is going to be very chaotic if you have to get out there, maybe you’re going to visit your family for the holiday," said Hewett.

Lee offered tips to drivers expecting to travel during the storm.

"Plan ahead, be prepared, make sure you have your winter kits ready in your car," Lee said. "You may consider adjusting your travel plans to avoid the worst impacts from a storm. And remember to take it slow on the roads. It really doesn’t take much snow to create slippery conditions."

The National Weather Service Office in Sullivan forecasts mostly rain for southern Wisconsin and possible wind gusts of 40 to 45 mph across the state.